WHAT AN ONGOING MESS AND NO END IN SIGHT 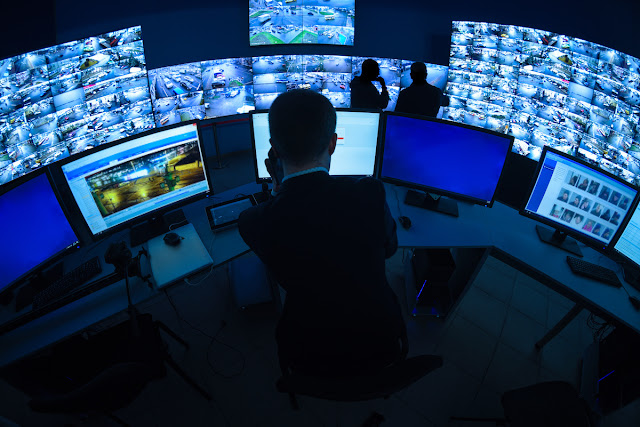 As though we don’t live in times that are stressful enough, it seems our Church leaders are making things unbearable for a large number of Catholics, from Pope Francis insensitivity and animus toward Catholics who merely want a more traditional Church and liturgy to the sex abuse scandal that first began to be reported by the National Catholic Reporter in 1983. And now news of which is so common every Catholic priest, bishop, (cardinal) and even the pope are suspected of immoral illicit sex be it disordered or not but always a mortal sin.

And now social media devices that we all have track our every movement and place we go and apps facilitate this. But there are cameras too everywhere and many have been caught with their pants down through camera surveillance.

America Magzine questions journalistic integrity in that Pillar, a new Catholic news gathering company, used its investigative reporting to discover or target a priest high up in the bishops’ conference.

America says this kind of reporting is unethical as is generalizing that a priest who is homosexually active and perphaps promiscuously so could also be a threat the minors in the Church. Is that fair to homosexuals to indicate that adult illicit homosexual relationships can lead to the abuse of minor teenage boys and children?

Pillar is being pilloried by the progressive Catholic press. The conservative press went after the National Catholic Reporter in the 80’s saying their reporting on abusive priests was painting a too broad of a stroke that implied all priests were suspected of this crime.

Should priests who are committing sexual mortal sins that endanger their eternal salvation and compromise their ministry to the laity be outed? Has Catholic news gone off the rails with too many sordid details and conjecture of what else might be true?

And has the Catholic lobby of clergy and laity who want complete acceptance of homosexual sexual activity as well as other LGBTQetc ideologies become blind to sexual mortal sins and the damnation these can bring upon the perpetrator and the scandal caused the “little ones?”

I think the Pillar piece is a little shady, unless they had other evidence that the priest in question was violating his vow of chastity. Otherwise, it looks like they were either going after him specifically or otherwise targeting high ranking priests for investigation. While I don't really have a problem with someone reporting that they saw something or heard something or got a text meant for someone else, etc, it feels different that they went after his cell phone traffic. Especially since the way they did it is an example what everyone is afraid of Facebook doing (identifying you based on other app traffic)

But I think it's disingenuous to say that the Pillar is implying the worthy priest is a real or potential pedophile. That accusation says as much as about America Magazine than it does about the PIllar. They only acknowledge two sins that a priest can commit: raping a child and celebrating a Latin Mass. So if the Pillar is implying the priest did something wrong, it's got to be one of those two and no one's ever seen him wearing a fiddleback chasuble, I guess.

The priest should be removed. The Pillar should exercise some restraint, and America should be banned along with the rest of the Jesuits.

The pillar didn’t just “go after this priest”. They obtained mass phone data records and cross referenced it with other data sets (both purchased at a heavy price and paid for by unknown donors). They used both these data to identify the location of priests and identified them from address/phone information from the Catholic Directory (also managed by a private company under licence from the USCCB). This sting operation cost many US$.

So - do they intend to go after ALL miscreant priests they discover or will they just out and/or blackmail those clergy who do not conform to their donor’s goals? Follow the money to find out what’s really going on here!

Unfortunately, if you do things like that monsignor did, then you can’t pick how it gets out. In the hierarchy of motivation to not sin, that is the lowest but very effective reason.

More effective, though, is that God sees all and knows all and is the only one to make a competent and flawless determination of a person's salvation or damnation at the moment of their death. That holy fear should be sufficient, you would think.

I read that Father Martin, SJ, LGBT, was outraged that the homosexual Monsignor, who was pursuing his "activities" while on the USCCB's dime, was targeted. Martin suggested the media target the laity for their sexual sins. He's not the sharpest knife in the drawer.

Oh your correct Pierre, Father Martin blew his top when Pillar exposed the Homosexual activity going on in the USCCB, enough of already of this perversion. Funny Father Martin good Traditional Latin Mass bad, that is where we stand as a Church simply appalling.

I think a legitimate concern is spying on the clergy. The other is that the Pillar article implies that his disordered dalliances with Grindr could also mean that he abuses minors/children. Is there any evidence of that and if he had been visiting females would they have drawn the same conclusion. And while they seem to have proof that he used the Grindr app, do they have evidence that he actually followed through with immoral but adult and evidently legal behavior. They imply that he did.

At any rate, I hope all of this will be a source for his repentance and rehabilitation and return to holiness.

One of the things no one is willing to discuss and certainly not the heterodox Fr. James Martin, SJ, is that apart from Scripture, Tradition and settled Magisterial teachings on the disordered nature of homosexual acts or any sexual act that is not open to the transmission of new life by using only the natural parts of the human body that are capable of that transmission (even in sterile situations) in the completion of the marital act, is the natural law aspect of Catholic moral teachings which is available to all, even those who know not the Church's teachings revealed by God.

I will agree with most of the comments. I am no fan of digital surveillance or cyber-stalking or going after people, digging up mud , or any of the dirty politics that public figures encounter. That includes this story.

Our Pope puts sexual sins, not as mortal sins as you erroneously claim, but the least of all sins, less than even venial sins, because if they were at least venial sins, he would have said so. But he expressed they are even less than that. I also believe these statements are setting up a document that will undo Humane Vitae, just as he undid "Summorum Pontificum".

Everything you write is utter nonsense and constitute the fevered musings of someone who has lost the Faith. You obviously forgot the words of Jesus when he told the woman involved in adultery "Go and sin no more."

Pierre, my my... all you can do is insult... and judge me as losing the Faith? You cannot deny what Pope Francis has said in his book "A Future of Faith", "The least serious sins are the sins of the flesh...The sins of the flesh are not necessarily (always) the gravest. Because the flesh is weak." As Pope, he has the power to loosen and to bind. Also, no one, not I nor Pope Francis, said anything about adultery, which is the violation of the sacrament of marriage or the violation of formal vows of celibacy/chastity. What the Pope is clarifying is that the sin of adultery applies to those who are married and to the clergy. Unmarried laypeople will be given more leeway, a lighter yoke. That is the merciful way the people of today need.

Pierre - it may not have occurred to you that throughout the entire history of humankind, from the first moment in the garden of Eden, have continued to sin - the Church calls this phenomena “original sin” (or aka as the human condition.

Christ indeed said “go sin no more” but he also says his Father will forgive not 7 times but 70x70!

While one can argue against this digital stalking, one cant forget the amount of influence the gay hierarchy has on the Church. One extrapolation could be that the reason for the current progressive hostility towards the TLM is that the gay-priestly-lobby envisions the New Mass to be in every way "the Mass of the LBGTQC."

Pierre, some advice for you.

Here is some advice for you:

Pay attention to your parish. Go out and get some converts and vocations and write to your buddy, Nancy Pelosi, and tell her the price for your vote is to keep the Hyde Amendment in place. I know how "pro-life" you are.

Yet you come around here judging all the time even suggesting you know the motives of people posting. You are batting zero with John Nolan