SCRATCH A LIBERAL AND YOU WILL REVEAL A DICTATOR, PART I

Fr. Anthony Ruff, OSB at Praytell should stick to Gregorian Chant, his field of expertise, and refrain from silly posts criticizing the liturgical aspirations of many who would like to see the post-Vatican II Roman Missal experience some organic development and recovery of certain aspects of the pre- Vatican II Mass which would enhance the “new” Mass.

“If I was in the position to design the celebration of Mass, I would use the vernacular for the readings and orations, Latin and Greek for the chants and the Institution Narrative in Aramaic which was the actual language of Jesus. I would also blend the two types of the ritual.”

Nope. Not me. When I think about “designing” the Mass, I think instinctively of how Mother Church has already done that. The above plan would wipe out wide swaths of Vatican II, the work of Paul VI in implementing Vatican II, the General Instruction of the Roman Missal, and the prescriptions on music found in Musicam Sacram (Rome, 1967) and Sing to the Lord: Music in Divine Worship(U.S. Bishops, 2007). It also steers clear of the main message of Pope Francis’s motu proprio of last Saturday, which doesn’t speak of blending “the two types of the ritual,” but puts forth the Missal of 1970 (with its GIRM) as the way forward for the pope and the bishops in communion with him.

On grading Fr. Anthony’s post above, I would have to give him a big fat zero! Nope Fr. Anthony, you are wrong and His Holiness, Pope Francis is the one who PROVES it. He did exactly what Bishop Sticka hopes for the normative Mass on the one Roman Rite and I have proof!

The only revised Roman Missal approved by the Supreme Pontiff, Pope Francis, is the Ordinariate’s “Divine Worship, the Missal.” Yes, you read that correctly. He was the one who gave his imprimatur to release this revised post Vatican II Roman Missal in 2015. There is no other Roman Missal with Pope Francis’ name in it. 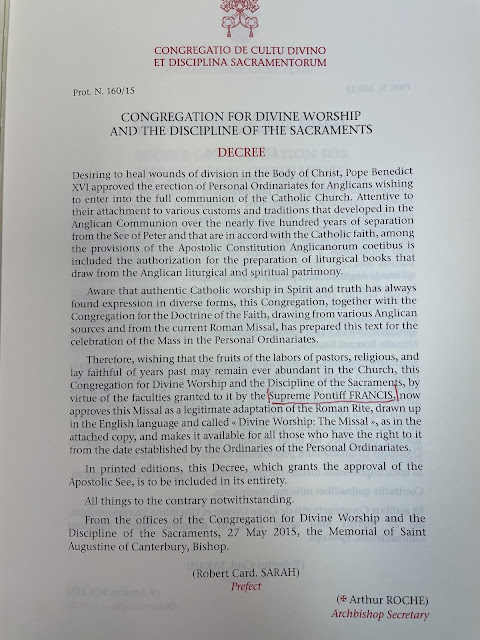 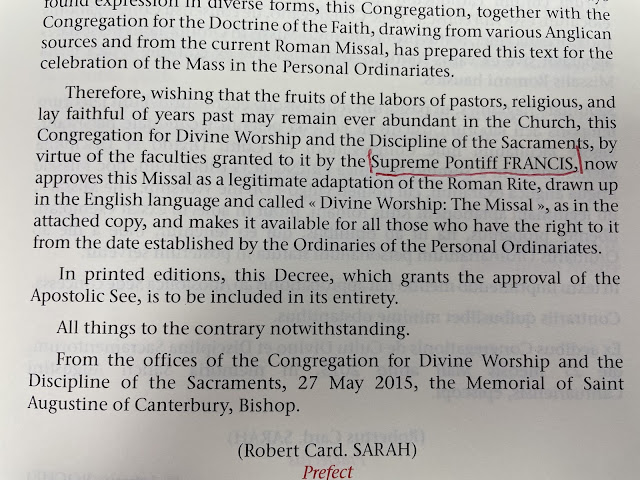 And guess what this 2015 Roman Missal approved by Pope Francis allows? It allows the Anglican Liturgical patrimony compatible with Catholic doctrine. It allows for archaic English. It blends the pre-Vatican II Roman Calendar with the post Vatican II Roman Calendar. It recovers the pre-Lenten season of Septuagesima. It recovers ember days. In its appendix it recovers elements of the order of the pre-Vatican II Mass, with the Aspereges as a prelude to the Mass and in the older form; the Prayers at the Foot of the Altar and a recovery of the ancient order of the Introductory Rite—PATFOTA, Kyrie, Gloria, Greeting, Collect; It allows for the Gradual; it allows for the older former of the Offertory Prayers; It allows for double genuflections at the consecrations and one at the end of the Great Amen. It allows for the triple “Lord, I am not worthy…” and it allows for the Last Gospel.” And the missal has the pre-Vatican II look for the Introit, Collect, Gradual/Tract, Offertory Antiphon, Prayer over the Offerings, Communion Antiphon and Post Communion Prayer. Who approved this, Fr. Anthony, and whose name is associated with it? THE SUPREME PONTIFF, POPE FRANCIS, 2015! 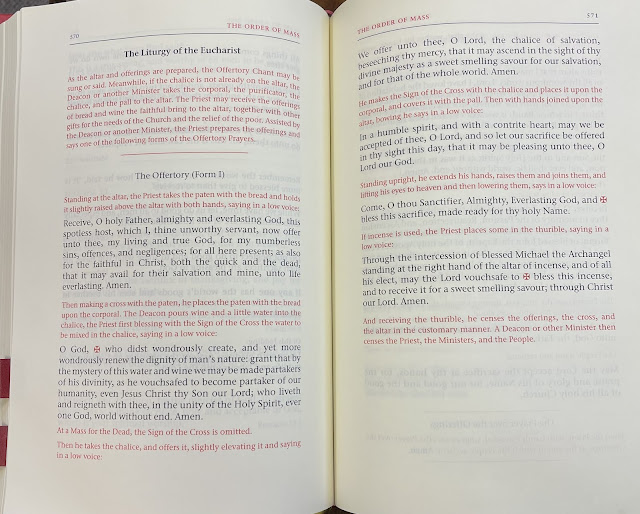 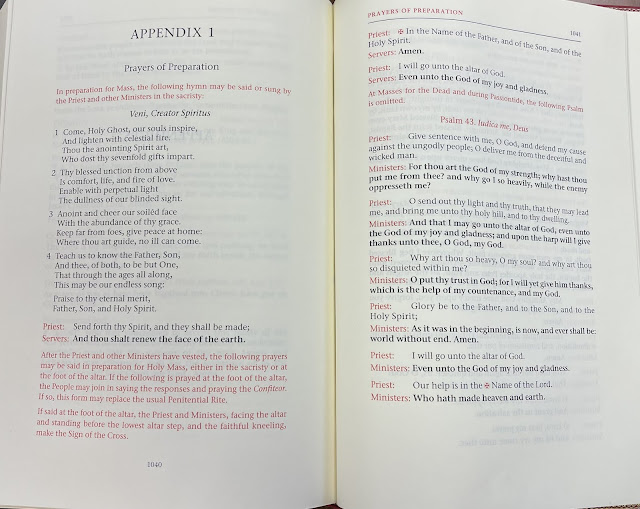 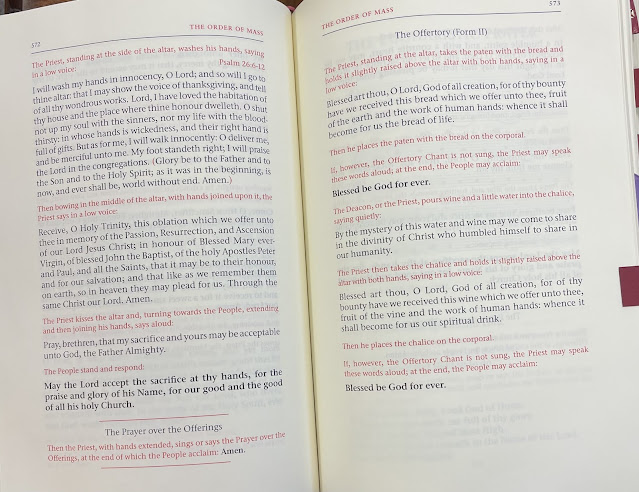 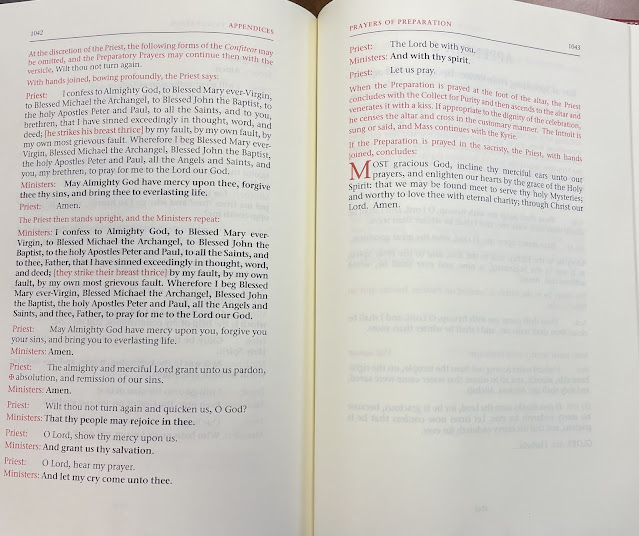 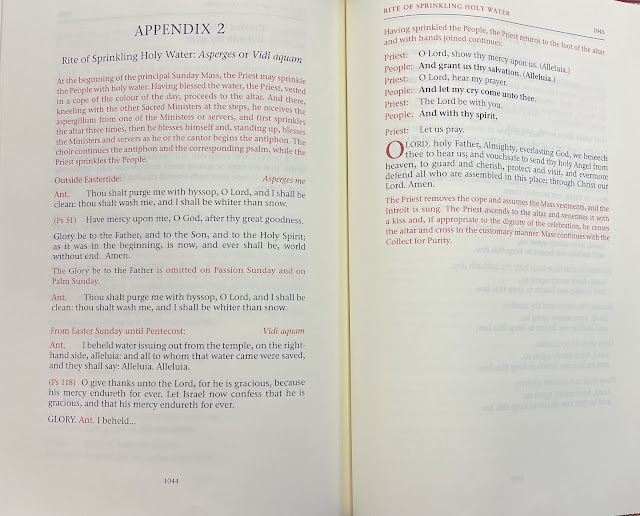 All the Ordinariate priests I know have as their liturgy of choice the Tridentine Mass - they had been celebrating it in many cases for years.

Mark Thomas should bear in mind the dictum of Lord Acton that 'the greatest heresy is that the office sanctifies the holder of it'.

The rest of us should read Henry Sire's 'The Dictator Pope' whose argument has been recently vindicated.

That I accept Francis as pope does not mean that I cannot hold him as a human being in contempt, and despite giving him the benefit of the doubt in the early years of his pontificate, I find that this is my current position.

He is not only duplicitous but also a nasty piece of work - not the first to occupy the chair of Peter, and certainly not the last.

Mister Nolan, Holy Mother Church has taught me not to speak in such horrific fashion about the Vicar of Christ.

In my family — beginning with that which I learned from my mother and father — and, again, in line with Holy Mother Church, it is unimaginable to speak as you have about the Vicar of Christ.

Henry Sire's, 'The Dictator Pope,' will not poison us (my family) in regard to the love, and respect, that we have for holy, and great, Pope Francis.

The same applies to Lord Acton's quotation in question.

We stand, in respectful fashion, with Pope Francis.

In my family, we do not spew venom at the holy Roman Pontiff.

Deo gratias for Holy Mother Church, as well as my mother, and father, for having taught me to love and respect our august holy Roman Pontiff.

LOL - what about the Borgia Popes?

John Nolan: You probably would have more effect on some if you wrote about papolatry.

Answer these questions. Would you regard Stephen VI (famous for the 'cadaver synod') and John XII (elected aged 18, died of a stroke aged 27 while in bed with a married woman) as great and holy popes? What about Urban VI who tortured and murdered cardinals he suspected of being opposed to him?

Do you really believe that the office sanctifies the holder of it?

I can recommend ch 6 The Oracles of God, in "Saints and Sinners - A History of the Popes" by Eamon Duffy.
Duffy was Reader in Church History and a Fellow of Magdalene College, Cambridge.

Duffy is of course too the author of "The Stripping of the Altars: Traditional Religion in England 1400-1580, published by Yale University Press - a book I can recommend to all who follow Fr Allen's blog, particularly during our present "interesting times".

You will receive a long list of non sequiturs

Mister Nolan, my main focus is the Pope you focused upon — His Holiness, Pope Francis. I do not recognize your grotesque caricature our holy Vicar of Christ.

Holy Mother Church, as well as my mother, and father, have taught me to reject your disgraceful verbal attack against Pope Francis.

You dehumanized Pope Francis to eliminate from your heart and mind any qualms that would have prevented you from having assassinated His Holiness verbally.

You turned Pope Francis into a piece of filth to, in your mind, justify your refusal to have recognized the face of Jesus Christ in our Holy Father.

Mister Nolan, you said that you hold Pope Francis in "contempt."

Mister Nolan, you said that our Vicar of Christ is "not only duplicitous but also a nasty piece of work..."

Mister Nolan, do you really...truly...actually feel justified to have spoken in such horrific fashion about the Vicar of Christ, Pope Francis?

Of COURSE he can give you the specific reasons. And, because he is John Nolan, the rectitude of those reasons cannot be questioned and must be accepted by any and all.

Yes, that is a nonsensical concept, but he is, after all, John Nolan.

Nice try, but simply repeating what you have already said does not answer the questions I put to you. I don't think they were unreasonable, and I make a point of answering questions put to me a) as a matter of courtesy and b) as a way of stimulating debate and reasoned argument. So the answer to your question is 'sadly, yes'.

And I categorically refuse to recognize the face of Jesus Christ in Pope Francis or any previous Bishop of Rome, since to do so would be blasphemous.

It's certainly a nonsensical concept, since it is your concept and not mine. You're a dab hand at projecting your own nonsense onto others. Mark Thomas has his problems, but he means well. You are simply malicious, but your inherent absurdity renders your malice ineffective and irrelevant.