A GOLDEN OPPORTUNITY TO REVIEW THE QUALITY OF THE NORMATIVE MASS OF. THE CURRENT ONE ROMAN RITE

We must look at the visuals of the Mass, what the laity see. Does this help with awe, wonder, transcendence and reverence? 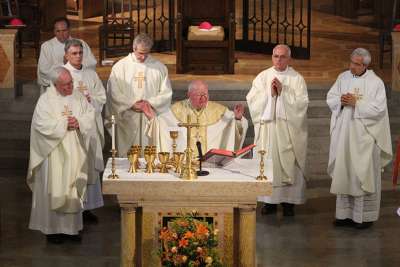 Or does this stance offer it better? 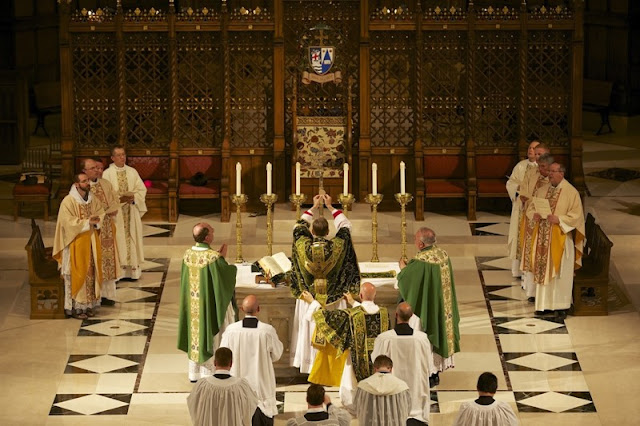 Does this cluttered sanctuary help with reverence, wonder, awe and transcendence: 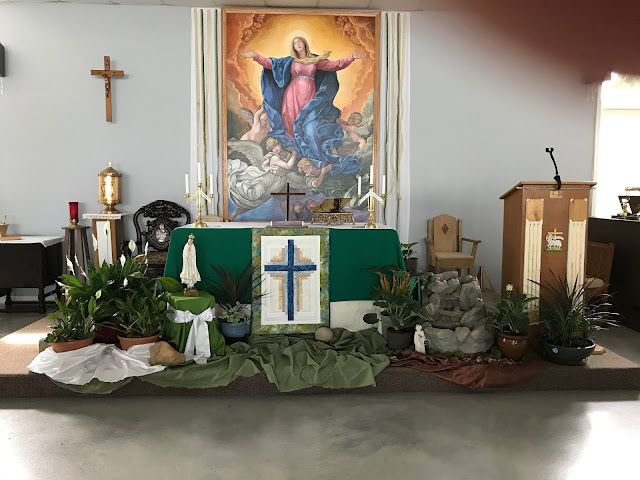 Does this instill wonder and awe in adults and children? 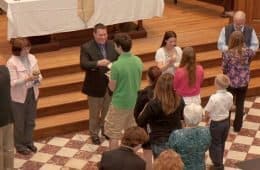 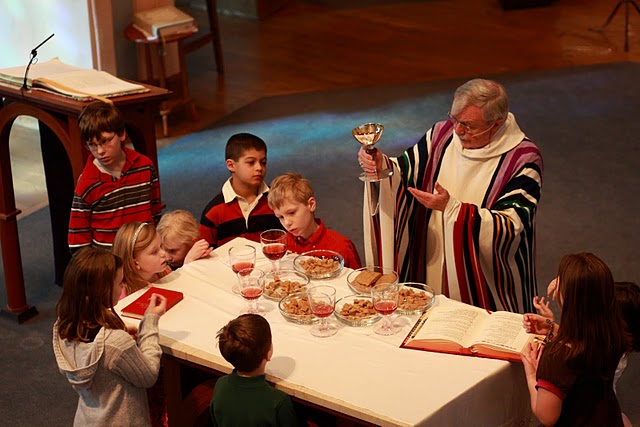 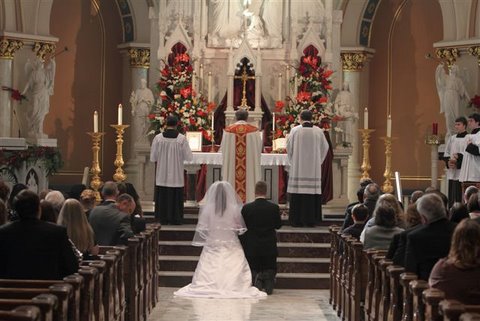 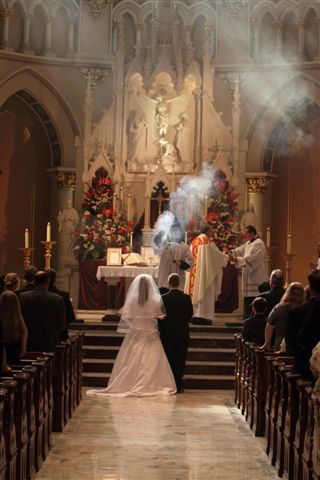 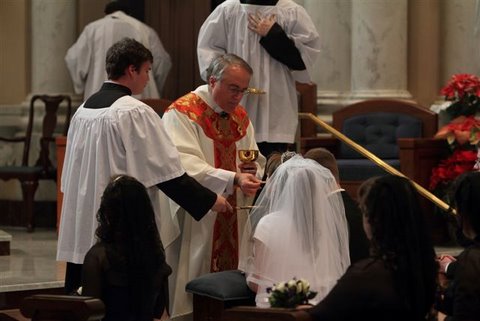 As I have written time and again, the problem with the normative Roman Missal isn’t the missal itself but rather how it is celebrated and on several levels.

Father Z had the old saying for the normative Missal: “read the black and do the red.” That is only part of the solution, but a major solution. There is way too much freewheeling the Mass by priests, way to much and the priest’s personality or lack thereof is too much of a factor in this Mass.

But here are the other problems with their solutions:

1. Music. There are way too many options for hymns or anthems which are superfluous to the Mass and some, when sung, even well, are not right for the Mass or its spirituality. The most requested hymns for funerals are from the 1970’s and ‘80’s with a sound hanging on superficial sentimentality. These are the most requested ones: Be Not Afraid; On Eagle’s Wings (what i call the you-who song) and Here I am Lord and others like these. Certainly these have Biblical words, but the mushy, tear jerking sentimentality of 70’s nostalgia is just too much.

But what to do? I don’t want to get into fights with parishioners at the time of grieving about music for the Mass which is allowed.

Bishops have to ban these and that would help pastors to implement the propers and have only a few hymns and anthems that are permitted. But the clergy and laity both have to be educated on proper liturgical music.

3. Sanctuaries are a mess and cluttered with plants and flowers which often hide the altar and ambo. Candles are strewn about and change at the whim of the decorators or the interior decorator priest and his cohorts. The mandating of the so-called “Benedictine altar arrangement” even the slightly modified form of it that Pope Francis has maintained at St. Peter’s Basilica is a way forward.

4. As it concerns lay lector’s, Communion Ministers and altar servers, proper training and choosing the right adults for these ministries (and children who are capable) should be based upon capability but also fidelity to the Church, her teachings and their public witness to these teachings. They should be people of prayer too and few in number and properly trained.

And their dress must be examined and I truly feel that liturgical wear should be mandated. It seems to me a free flowing white alb seen as a symbol of the lay person’s baptismal garment is the solution.

But, and this is a big but, bishops have to be the ones initiating these liturgical adjustments with their priests, not freelancing priests doing it on their own worrying that the bishop might call them on the carpet for doing these things. Bishops are the primary liturgists of the diocese.

But the problem here is that so many bishops are my age and older. They have a disdain for the older more formal and reverent pre-Vatican II Mass and were brainwashed by the theology of the Mass they learned in the 1970’s and 80’s. Some of these bishops have degrees in liturgy they earned in the 70’s and 80’s. And they are stuck there.

Just look to Hollywood - for its imagery to reflect awe and transcendence they choose the EF. The OF is banal and boring

If clergy insist upon sitting behind the altar, photo 2 is closest to we Easterners however, the throne is reserved for the bishop - the priest sits on the left or right in a subordinate chair. In his absence, a copy of the gospels sometimes rests on the throne leaning against the back. I do not know if this practice extends throughout all the Byzantine Churches.