IT DOESN’T SEEM THAT TIME HAS HEALED

We had a huge number of people, more that usual, for the Cathedral’s 1962 Roman Missal Mass on Sunday at 1 pm. A few of my parishioners from Saint Anne came to the Mass for a picnic just for us in Layette Square afterwards. Sadly, there was a terrific electrical storm toward the end of Mass and afterwards which meant no picnic.

These photo show the family of four who I brought into the Church at the Easter Vigil at Saint Anne: 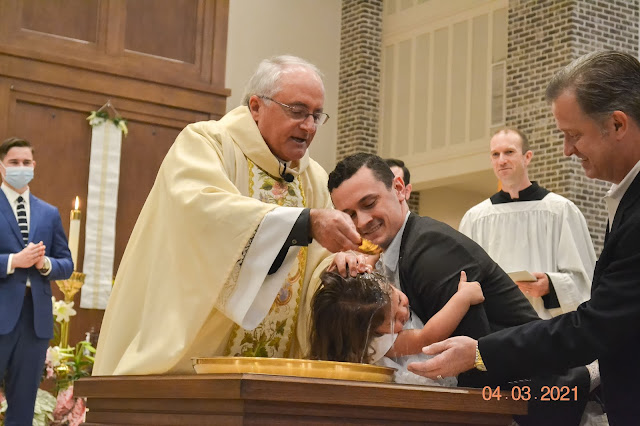 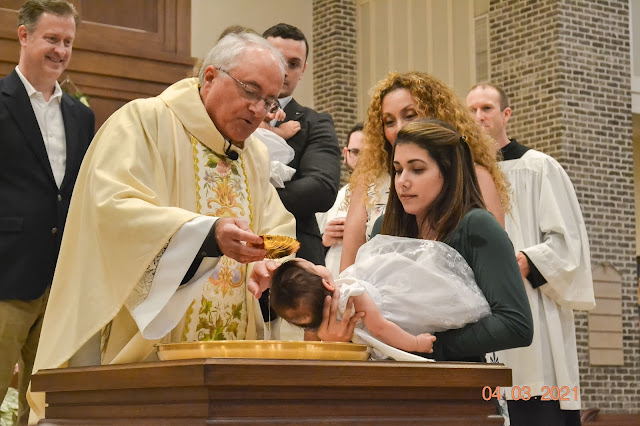 The older child I baptized was none to pleased about what was happening. She still looks wary of me in this photo take after our Cathedral’s Tridentine Mass on Sunday (the first for many in this photo): 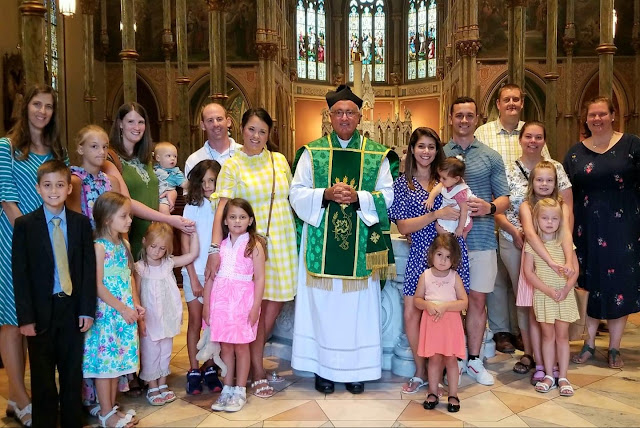 And other photos after Mass: 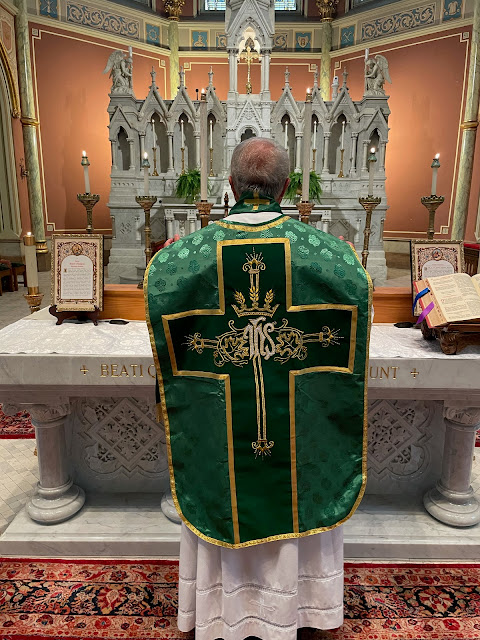 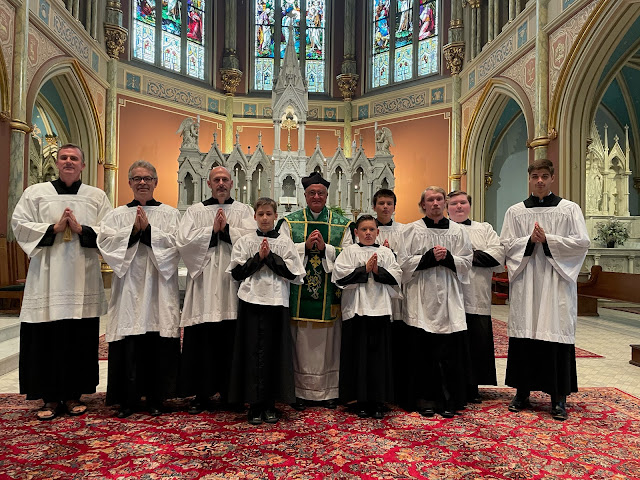 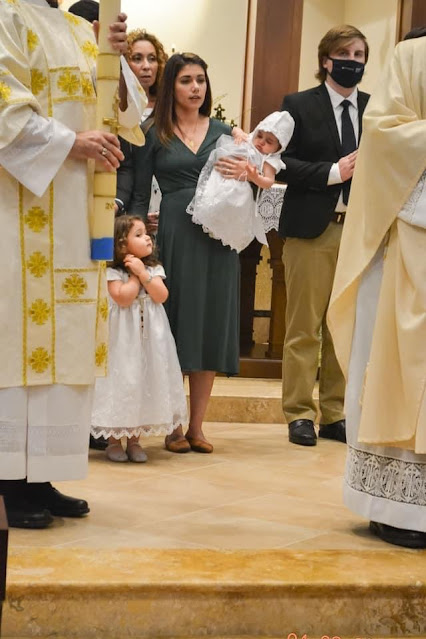 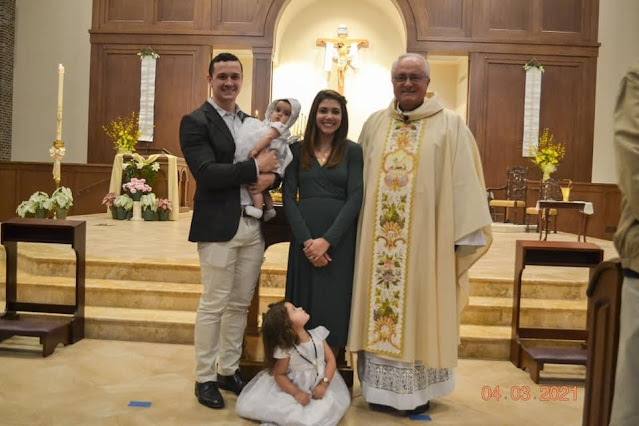 Did you make sure to remind all of those schismatic elitists that they brought Pope Francis' motu proprio on themselves?

Yes, and did you refer them to this blog to read Mark Thomas’s scathing diatribes against those of us who quietly love the TLM but refuse to become part of the “problem”? God bless Fr. Martin Fox for being our voice here.

Beautiful photos. One could perhaps be comforted regarding the future because of them. The only thing that might draw a comment is the need for more diversity regarding the TLM experience.

The schismatic card is tossed around quite a bit just like the racism card by Left wing Democrats, nobody believes it anymore buddy. Just think about it over 50 years ago I would have been called an believing Orthodox Catholic that followed Church rules and attended the Traditional Latin Mass, NOW I'm called a schismatic, that means all the saints and martyrs and yes the popes before me would have been schismatic for upholding Church teaching and attending the Latin Mass, you see how silly this is becoming and yet how sad. Go take a survey at a Novus Ordo Mass and a TLM Mass and you tell me who is upholding Church teaching and who is not, I don't have to tell you who is are the loyal Church members do I now??

All who attend the TLM just wanted to be left alone. Please by all means keep your giant puppets, priests dressed as clowns, drums, banjos, guitars, kiss of peace, hand holding, clapping, improper dress, rock, folk, mariachi music, silly non-Catholic hymns, communion in the hand while standing, girls and effeminate men in black leotards waving streamers around the altar area, felt banners, and yes even Father James Martin in your ranks such a good and devout priest indeed.

This is a chilling thought:

Does anyone remember how, during the last Year of Mercy, Francis granted faculties to the suspended SSPX priests to hear Confessions and do a few other things?

NOW, he refers to the Lefebvre "schism".

Think about it--he gives more enticement to Tradition-minded Catholics to go to the SSPX, then when he's ready to drop the bomb, he calls them schismatics.

I would not be at all surprised if, within days, He RE-excommunicates the SSPX and this time, includes all who attend Mass at their chapels.

Planning anything outside in Georgia on a summer afternoon is risky---often the chance of a thunderstorm or otherwise heavy rain.

Anon 10:43 - When I heard from the planners that the reception for Bishop Hartmayer's ordination/installation on 18 October was scheduled for LaFayette Square, I asked what the alternate "Rain Venue" was.