WHAT A CONUNDRUM; WHERE ARE WE TO CELEBRATE THE 1962 ROMAN MISSAL? 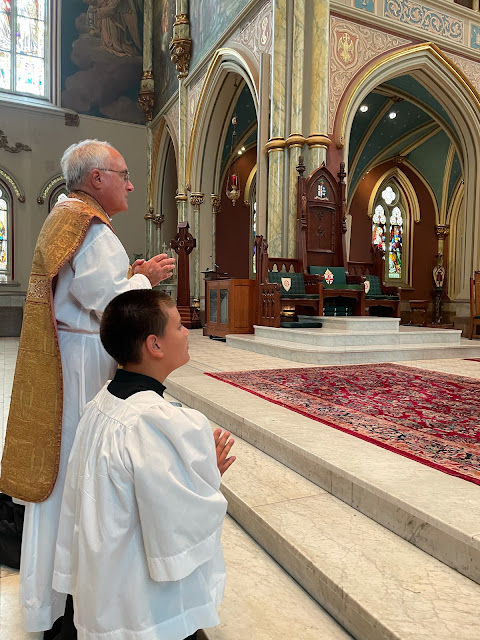 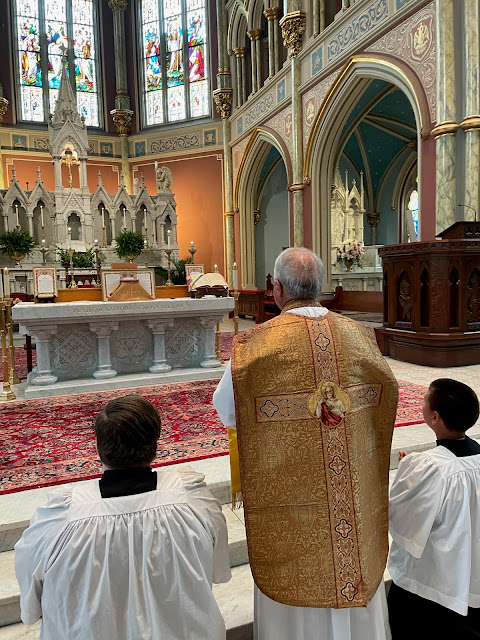 It appears that Pope Francis in settling scores with traditionalists who His Holiness feels have tried to undermine Vatican II as well as his papacy and perhaps some of these traditionalists who might see the emeritus pope, still living some eight years after is abdication as the true pope, is trying to make is as difficult as possible to actually celebrate the 1962 Roman Missal.

This leaves me scratching my head:

As fate would have it, I am the celebrant for our Cathedral’s EF Mass this Sunday, the 8th Sunday after Pentecost. I have already sought permission from my bishop to celebrate it as well as our 1962 Roman Missal Low Mass which I celebrate each Tuesday in my parish church’s chapel at 6 pm.

But evidently parochial or parish churches are not to be used. The Cathedral Basilica is also a parish.

Just where is it to be celebrated in a diocese such as ours where there are no shrines or religious houses with chapels large enough to accommodate those who would attend on Sunday?

Are hotel banquet rooms or public school gyms to be rented, set up and then torn down each time?????

It makes me think of the “Mass Rocks” used as altars for Mass in Ireland during English penal times.

Where did you find the head scratcher quote?

§ 2. is to designate one or more locations where the faithful adherents of these groups may gather for the eucharistic celebration (not however in the parochial churches and without the erection of new personal parishes);

Thanks, Father K. The rest of the country can just move there and or other major metro area with surplus of dying order chapels. That solves everything. Except a sick man who just cannot resist snide comments under too many names to list.

Amerigo,
I appreciate your helpful suggestions but what about the recently established Latin Masses in more rural locations in the Diocese? Are we supposed to rent some space away from our parishes? We don’t have the luxury of extra sanctuaries not on parish properties.

This is what dispensations are for. Some bishops already have.

Can. 87 §1. A diocesan bishop, whenever he judges that it contributes to their spiritual good, is able to dispense the faithful from universal and particular disciplinary laws issued for his territory or his subjects by the supreme authority of the Church. He is not able to dispense, however, from procedural or penal laws nor from those whose dispensation is specially reserved to the Apostolic See or some other authority. (Emphases mine)

Amerigo 8:14, that is truly an idiotic response! We in Augusta currently have in excess of 100 participants monthly at MHT. Last month, I’m told, was close to 200. What “chapel” would you recommend for us?

Build or buy a church building, don’t make it a parish. And have the Mass there. And as for this permission nonsense, do like they did with communion in the hand. Ignore what he says and keep saying the Mass and after 15 years it will be considered a custom and there you go.

My astute suggestions were intended to calm poor Fr. McDonald's conundrum induced anxiety and are for the Savannah deanery where he resides and celebrates the TLM.

It is sad that a person offering assistance is called "sick."

Only an "idiotic" course of thought would lead to the conclusion that these were meant for the Augusta deanery.

From wikipedia: "...The Personal Apostolic Administration of Saint John Mary Vianney is a non-territorial jurisdiction, ... not part of any ecclesiastical province. It is a separate particular church for traditionalist Catholics within the Brazilian Diocese of Campos, a suffragan of the Metropolitan Archdiocese of Niterói.

The personal apostolic administration was formed by Pope John Paul II to administer to a group of traditionalist Catholic priests, using the Tridentine Mass, who reconciled with Rome on January 18, 2002. The group had been ... associated with the Society of St. Pius X of Archbishop Marcel Lefebvre."

Maybe instead of limiting the Tridentine Mass, it would have been better to set up something like this, or like the Personal Ordinariates set up for former Anglicans?

You are as “astute” as Mark Thomas

Joseph Johnson said: “ I appreciate your helpful suggestions but what about the recently established Latin Masses in more rural locations in the Diocese? Are we supposed to rent some space away from our parishes?”

No, you’re meant to go to mass in your local parish, basilica or cathedral like the rest of us. Of course, it will have to be according to the new rite (either Latin or vernacular or combination), but seeing as “the mass is the mass” surely that shouldn’t pose any issue (unless you’re already in schism)?

St. Raymond,
I attend the new rite in my parish three Sundays out of four. However, I will attend the old rite whenever I can access it. Does that sound schismatic to you?

St. Raymond,
One Sunday a month, for the last four or so months, we have had access to the old rite in a neighboring parish about an hour from where I live. I would like to see that continue, with episcopal permission.

Just meet next door in the old cathedral day school.

Places that regularly (albeit typically infrequently) celebrate Mass without being a personal or diocesan parish:

You get the idea. Everywhere that has a chaplaincy, or could, is an option. Everywhere that is typically badly under-served, seems like it would be an inviting option for a halfway friendly bishop. They technically don't even count as "establishing a TLM group", since you don't have a stable population.