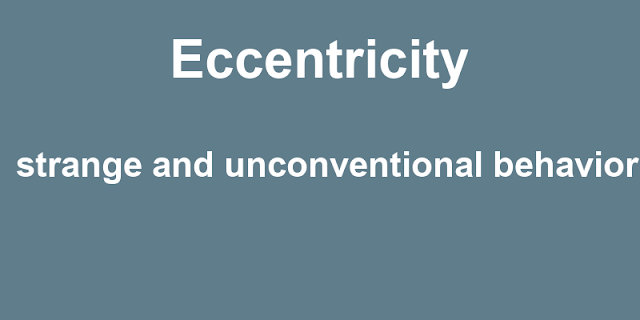 In his letter to the bishops of the world, Pope Francis also says a few things about the Post-Vatican II Mass, but not very much. But what His Holiness says is important and this sums it up very well:

At the same time, I(Pope Francis) ask you to be vigilant in ensuring that every liturgy be celebrated with decorum and fidelity to the liturgical books promulgated after Vatican Council II, without the eccentricities that can easily degenerate into abuses. Seminarians and new priests should be formed in the faithful observance of the prescriptions of the Missal and liturgical books, in which is reflected the liturgical reform willed by Vatican Council II.

My comments:
I would have also added to the list of seminarians and new priests, old priests too should be faithful to observe the prescriptions of the post-Vatican II Roman Missal. They are the greater problem!
Pope Francis manner of celebrating the Mass at the Vatican is sober and without an exaggerated experience of His Holiness' personality added to it. He follows the rubrics for the most part and has lengthy elevations.
Pope Francis has also encouraged popular devotions especially adoration and Benediction of the Most Blessed Sacrament.
Does rigid unity, though, mean that the post Vatican II Mass cannot be celebrated in Latin? It cannot be celebrated ad orientem and it cannot be allowed for communicants to kneel for Holy Communion?
And does it mean that an organic development of the post Vatican II Mass does not foresee what the Ordinariate's Divine Worship, the Missal allows for the post-Vatican II Liturgy they celebrate, meaning Prayers at the Foot of the Altar, the older form of the Offertory Prayers and other customs associated with the pre-Vatican II Mass such as ad orientem and kneeling for Holy Communion at the altar railing?
Posted by Fr. Allan J. McDonald at Friday, July 16, 2021

Hello Fr. Macdonald!
I am Dr. Gregory Hamilton, and I am the new music director at St. Joseph parish in Macon. I just wanted to say hello and let you know that we are preserving the liturgical and musical tradition that is so rich here. I wish you all blessings and good.
Gregory
ghmus7@hotmail.com

These are exactly the questions I see as coming to the fore if celebrations of the Extraordinary Form are frozen in place as to where it is celebrated now and it becomes more difficult for new priests to get clearance the celebrate the old Mass. The alternative, especially for more tradition-minded younger priests, is to try and implement more traditional options in the Novus Ordo.

Unfortunately, same as all other things issued in this papacy's name, and really the prior three papacies, the slamming of tradition will continue with vigor and enthusiasm by a great number of bishops, while the orthodox statements completely ignored by too many to count.

Dr. Hamilton, that is great to hear!

I just listened to Timothy Gordon's commentary on the Motu Proprio and, for once, I completely agree with him.

1. From the beginning of his papacy, Bergoglio has made no attempt to hide his intense dislike for Traditional Catholics and Conservatives, ESPECIALLY THOSE IN NORTH AMERICA.

2. Francis has a vision for the Church and that vision has no room for Traditionalists. This is his desperate attempt to drive Traditionalists OUT of the Church, so it can become the thing he wants it to be.

3. We are called to suffer. So we Traditionalists must suffer and live under this injustice for now. We ALL KNOW this isn't going to last, that Francis' papacy is near its end and a future pope will undo this. WE CANNOT LET THIS POPE DRIVE US OUT OF THE CHURCH. DON'T FALL FOR THE TRICK. Jesus told us we would have to be willing to suffer. I don't like it, but we have to do it.

5. There will be people who will "blame the victim" by citing instances of intolerance or bad behavior by Trads and essentially opine that "we brought this on ourselves." UTTER NONSENSE. The minute Pope Francis was vested as the new Pontiff, this very act was INEVITABLE and nothing would stop it. He simply bided his time before softening us for the blow.

6. Unlike what some useful idiots keep posting in this blog, WE ARE NOT PROHIBITED FROM CRITICIZING A POPE. There are ways we can do it and ways we cannot. We have to be very careful about how we do this. But ultimately, we have to stay in the Church and obey. Otherwise, the suppression of our rightful patrimony WILL triumph.

Pope Francis is smart. He's counting on us overreacting and finding the EXIT door.

We have to be smarter.

I feel sorry for priests. I know if I were a priest i wouldn't pay attention to this pope...we've had loads of bad pipes in history, and Francis is just one more. And no, we do t have to obey him...but I understand how priests do d that difficult to understand

As I said above, the chaos which the announcement claimed to heal, will in fact only be magnified, as bishops can essentially do whatever they see fit by canon law, and the document is sloppy indeed and creates typical for this pontificate a goldmine/minefield of possible local interpretations.

Those bishops inclined to slam traditional practices at parish level and in religious orders within dioceses will be able to do so with impunity, while those inclined to protect them will also be able to so do.

Further widening a chasm in the name of unity. And most unfortunate for those thriving traditional communities, both parishes and religious orders, under the baleful gaze of those bishops hostile to them.

Saying that priests don't have to pay attention to this pope is a very dangerous matter. And if they get to choose to disobey THIS pope, they can certainly choose which other popes they will dismiss.

Will that be Leo XIII? Or Pius XII? Or some other pontiff whose directives don't suit the fancy of the individual priest?

The key sentence is in the accompanying letter to the bishops:

'Responding to your requests, I take the firm decision to abrogate all the norms, instructions, permissions and customs that precede the present Motu Proprio and declare that the liturgical books promulgated by the saintly Pontiffs Paul VI and John Paul II constitute the unique expression of the lex orandi of the Roman Rite.'

What is surely unique is that a pope, acting off his own bat (motu proprio) should attempt to so thoroughly undo the work of his two immediate predecessors. (When popes were deposed their bulls were declared invalid, but that's not the same thing.) Unusually, his predecessor is still alive. Was he told in advance that both the letter and spirit of SP and UE were to be repudiated?

That the post-V2 liturgical books constitute a 'unique' expression is simply untrue. The classic Roman Rite remains, however many restrictions may be heaped upon it. What about other Uses, for example the Dominican, which is celebrated today alongside the Novus Ordo?

Mean-spirited? That's putting it mildly, but many have long suspected that PF's carefully cultivated image concealed an underlying nastiness. It's also mendacious, divisive and probably unworkable. The irony is that it will be the real 'traditionis custodes' like Cardinal Burke who will be most vociferous in trying to uphold unity. Because he's a Catholic.

This motu proprio is non-Catholic. It is meanspirited, intolerant, and tyrannical. In other words, standing liberal operating procedures

Did you react that way when Humanae Vitae was issued?

I appreciate those who say this hits priests hard. But I think it hits the faithful much harder.

A priest can always celebrate the Traditional Latin Mass privately. So we won't lose access, no matter what.

The Modern Roman Liturgy is not the mechanism I believe to achieve unity in the west. There will come a point where the TLM will have to be allowed fully in the vernacular (Which didn't need a council to do)...The day that comes will perhaps be the day when senses are reached...

I pray the pope of Rome finds his senses sooner rather than later.

John Nolan 4.28 - “… declare that the liturgical books promulgated by the saintly Pontiffs Paul VI and John Paul II constitute the unique expression of the lex orandi of the Roman Rite.'’

“Unique” here needs to be interpreted according to the Latin or Italian originals, so that it means “only”.