SCRATCH A LIBERAL AND YOU WILL FIND A DICTATOR: PART II 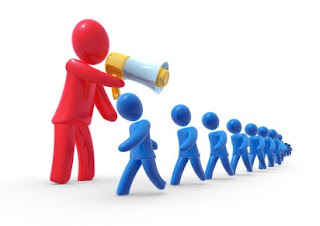 Pope Francis, who accuses young Catholics who have no recollection of what the pre-Vatican II Church and Mass were like and thus can’t have an actual nostalgia for it, accuses them nonetheless of being motivated by nostalgia, often betrays his own predilections and psychological issues by projecting onto others what His Holiness himself is. In this regard, the true nostalgia that is actually disordered, is His Holiness’ nostalgia for the heady days of the late 1960’s and early 1970’s prior to the election of Popes John Paul I and II. This is truly what Pope Francis desires, a nostalgic return to this period of Church history and to move forward from that point. But I digress.

Pope Francis’ recent and unreasonable suppression of Pope John Paul II and Pope Benedict’s liberal and flexible permission for the older form of the Roman Rite is precisely a return to the immediate aftermath of Vatican II when the Church in the most pre-Vatican II authoritarian and rigid way imposed the post-Vatican II vision of the Church and Liturgy upon rank and file clergy and laity.

And those of like mind in the clergy and religious then in a dictatorial way insisted that all Catholics be lock stepped in following the authoritarian mandates of Vatican II as they perceived it. You as a Catholic would be supervised at Mass. If you did not sing, you might have a hymnal shoved into your hand, which I saw a priest of our diocese do in the early 80’s. You might even be barred from entering the church for Mass if you were late or publicly called out from the altar by the priest if you chose to leave early. Shaming and humiliating those who did not follow the dictatorial mandates of those authoritarians in power was the modus operandi.

Pope Francis in His Holiness’ nostalgia for the 1960’s and 70’s continues this tradition of shaming and humiliating clergy and laity who prefer the older books of the one Roman Rite. It has to stop or the Church and the papacy will be irreparably harmed.

Amen again Father McDonald. You very clearly articulate the irony here. I was engaged in a discussion with a family member last night. She has bought the convoluted reasoning HFPF advanced in both his Moto Proprio and the accompanying letter justifying his thinking/decision. She, and most I imagine, cannot grasp the irony in all this.

Where is the mercy, where is the accompaniment? Are they reserved only for people who reject Catholic truth?

For those of us who were around when the New Mass was introduced, one of the things we constantly kept hearing is, "This will bring the young people to Mass!" as if there had been some huge exodus of youth. I won't lie, a lot of my young contemporaries liked the looseness of the Mass, liked the new songs and "participated" (visions of my Catholic school classmates carrying gigantic collages in the opening procession while we all sang "Let it Be" comes to mind), but those same classmates, by and large stopped attending Mass as they got older. The New Mass and all the silliness that ornamented it to "bring the kids in" had no depth. For many of us, the New Mass has all the legitimacy of pet rocks, roller disco, water beds, polyester bell bottoms and leisure suits. Everything designed to accommodate this new worship seems like a passing fad. There are some church buildings built in the 70's and 80's that are so ridiculous looking that about all they can inspire is laughter and the traditional cruciform with historical stylings has made a strong comeback. Here's a clue that most parents figure out by the time their kids are teenagers: When you contrive something that you are "sure" your kids are going to like, very often you miss some nuance or subtlety or even the point of their interest and they often view your effort as cheap pandering. So when old liberals like His Holiness the pope see young people rejecting their Peter, Paul and Mary revolution and embracing tradition, it's got to remind them of just how foolish their expectations were.

As strange as this sounds, the longer I have to think about this Motu Proprio is a win for Traditionalists. By the early 80's it was almost HOPELESS that the Traditional Mass would ever be available again and, as an almost completely underground movement with ZERO support from the "mainstream" of the Church, it has caught fire and is unstoppable. Think about it, the modernists who pushed the "New Church" silliness had an Ecumenical Council, Three different popes, an overwhelming majority of bishops and priests and the entire enforced culture of the Church on their side and 50 years later, THEIR PRODUCT STILL ISN'T SELLING. Overall, Mass attendance at "mainstream" parishes doing "mainstream" Novus Ordo worship continues to drop. Maybe they should try giving away toasters?

And Pope Francis? Surely someone in the Vatican should have had enough PR sense to warn him about the language and tone of his text. It just makes him look cranky and bitter--not winning sentiments for a movement that is clearly on its heels.

Father McDonald, we KNOW you have gone out of your way to make sure that you offer the Novus Ordo as properly and reverently as possible, but frankly, you are a rarity. Pope Francis took millions of Catholics who have no interest or investment in the Traditional Mass and made them sympathetic to the cause. This is a blunder with a capital "B" and just a bump on the road for the inevitable triumph of Tradition. In a way, we've already one and this motu proprio is just a "tell" from our opponent.

I felt the same way about the reforms as they occurred and the goal was not mean-spirited but to be relevant to younger people and adapt fads into the liturgy. That young generation was the baby-boomer generation, the oldest today born in 1945 or '46, thus 75 or 76 years old. It is that generation that had their every need catered to because they were such a huge demographic, who no longer, for the most part, practice the Catholic faith and neither their offspring influenced by the greatest generation every known to mankind, the baby boomers.

When I came to St. Anne, there was a monthly Sunday evening youth "lifeteen" youth Mass with a worship and praise band. Guess who were in the majority at this Mass, people my age and much older. In the band were baby boomers and maybe one or two lifeteen kids.

Overall there may have been a total of fifty people at that Mass and of that, 15 young people dragged there by their parents.

Talk about nostalgia, but when I arrived I continued it for a year, advertised it and though if this Mass really took off it would be offered every Sunday. No such thing happened and it no longer exists in the parish. Who complained the most, those who came who were in their 60's and 70's.

"I also think that the recent apostolic letter Traditionis Custodes [Custodians of the Tradition], which attempts to repeal Pope Benedict XVI’s generous permission for easier use of the Traditional Latin Mass in the 2007 apostolic letter Summorum Pontificum, was theologically incoherent, pastorally divisive, unnecessary, cruel — and a sorry example of the liberal bullying that has become all too familiar in Rome recently."

Fr McD said:- “I felt the same way about the reforms as they occurred and the goal was not mean-spirited but to be relevant to younger people and adapt fads into the liturgy.”.

UK priest you know I was speaking about the abuses of the revised missal and allowing music and antics of all kinds in the name of relevancy. Experienced and promoted it from the 1970’s well into the 80’s. Theses things were the spirit of Vatican II mentality unclearly defined.

Obviously you had not read Sacrosanctum Concilium. If you had, you would realize the typical OF does not come close to being celebrated as called for in that document. FYI, all we heard for a number of years after the Council, was that the Mass, like the Church, had to be relevant, relevant, relevant, as if the Schools, Universities, and Hospitals meant nothing.