AS A CATHOLIC WITH A CANADIAN HERITAGE, I APPRECIATE THIS EDITORIAL 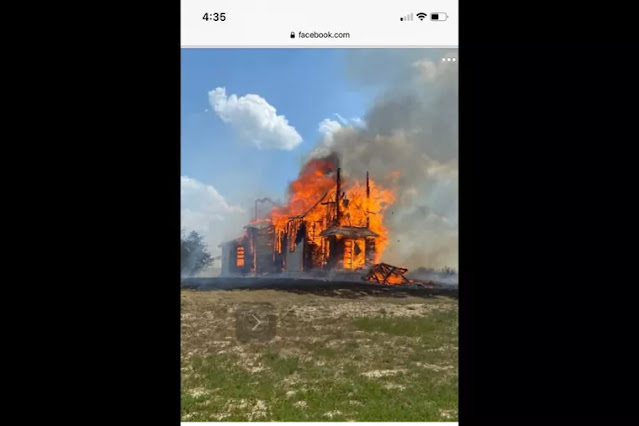 EDITORIAL: In the face of recent attacks on Catholic churches it’s urgent to communicate a central pair of truths about the residential schools of Canada.

HERE ARE SOME SOUND BYTES:

First, the creation of Canada’s residential-school system was a historical injustice, based upon prevailing assumptions about Indigenous peoples that tragically failed to recognize their personal and collective dignity and respect their existing cultural practices.

And second, the primary responsibility for this assimilationist system of schooling rests overwhelmingly with the Canadian government, not with the Catholic Church or the other Christian denominations who were contracted by the government to operate individual schools.

The government set up the system, funded the schools (or, more accurately, underfunded them), and mandated that Indigenous students attend them. As a result of this political initiative, Indigenous children were uprooted from their families and communities in order to be schooled by the dominant Eurocentric culture. They were housed in substandard facilities that were breeding grounds for the infectious diseases that caused the deaths of the vast majority of former students whose bodies now lie buried in nearby graves.

READ THE REST THERE.

THE UNITED STATES GOVERNMENT AND HER PEOPLE HAD ITS OWN VERSION OF RACIST ATTITUDES TOWARD AMERICAN OR NATIVE AMERICAN INDIANS. FORTUNATELY OUR SEPARATION OF CHURCH AND STATE DID NOT INVOLVE RELIGIOUS INSTITUTIONS TO DO THE WORK OF THE STATE AS IN CANADA:

Read the rest there

Tolstoy thought all governments are evil to the degree they diverge from the Christian religion. The Liberal government of Canada now in power is showing this typical evil by getting a Christian scapegoat, which it hates, for its own previous moral and intellectual errors. The government has even successfully changed in Orwellian style the vocabulary of this sad history: the graduates of these residential schools are now called survivors. The propaganda media wing of the government, the CBC, has successfully convinced its viewers that these unmarked graves are really hidden graves a la Maria Monk tales, hiding horrible deaths by torture of children, and others have followed this group think.

These Canadian residential schools were based on the USA school system for native children, a system funded (actually underfunded) that forced these young "savages" to be "civilised" according to Anglo-Saxon American norms. They had the similar problems as in Canada with overcrowding and mortality if not even worse. They were also run by Christian denominations. Just wait till the death toll in these gets propagandized in USA. I hope you have good fire insurance for your church.

The problem with Tolstoy's proviso is that he actually even made one, since it very rarely obtains. In this regard, I cannot understand, why, despite St Paul's warnings to the contrary, Vatican II wanted to make the Church a best friend to the world.

Poorly written where easy to see "vast majority died" as a point, should have been more "of the deaths which ocurred, the vast majority were caused by infectious disease."

Official numbers of deaths over nearly 100yrs are just over 3200, actual deaths may be as high as 6000, of a total of at least 150,000 children, which mortality rate at their original homes were also quite high as imported European diseases were running rampant through the tribes who also lived in infectious disease breeding ground close-knit communities.

Meanwhile, the Canadian and US current governments mandate compulsory education in govt run schools which are breeding grounds for infectious disease to this day.

This came up in recent conversation. When I mentioned that most of the deaths were due to diseases, like tuberculosis, and that the graves probably had wooden markers that rotted away, the person I was talking with replied "but is that the *real* reason, or the excuse they are using to cover it up? The implication being that the deaths were intentional and the graves were hidden. I have also seen people use "mass graves" and "unmarked graves" interchangeably, even though the two terms have vastly different connotations. I've found that many people want to see the Church as a scapegoat, but they see you as having no credibility when you point out false claims if you are a practicing Catholic since they assume you don't want to face the harsh truth. I think the whole concept of the residential schools was wrong and that the Church was wrong to cooperate with it, but people need to know and understand the whole picture.

I read that one of the sad things about burning the Churches on native land is that they were likely the only surviving source of records for the unmarked graves. Now we will never know who some of those children were.

One cannot help but think that we are in a place where angry groups of people want to spread their rage. This is not to deny that there has every been racism, injustice or bad policies, but, after decades of an education system that eschews taking a moral position and after decades of a culture addicted to entertainment (myself included) that eschews any challenge to think critically, we are fat and ripe for the slaughter. Any story that suggests unfairness or injustice and links said events with either white people, Christianity or especially CATHOLIC Christianity, is a flashpoint for a bomb ready to detonate. Instead of getting all the facts, we have mobs of angry people that need to blame and they are ready to take to the streets, destroy property and tell themselves that they are "fighting for justice".

Has there ever been this many people so ready to wallow in our self-destructive stupidity?

2 other key and obvious factors often forgotten or not given enough emphasis:

The numbers of bitter, lapsed Catholics and leftist "progressive" cultural Catholics working in the mainstream media in most English speaking western nations.

The Catholic Church being the largest institution in many nation that will, officially at least, not only NOT cave in and not celebrate sexual acts as recreation and not acknowledge abortion on demand as good health care BUT even teach that heterosexual and homosexual promiscuity and abortion on demand etc are all actually immoral and sinful.

Note how Cardinal Pell in Australia was hated for MANY years by many in Australia for his decades long clear and uncompromising stand on such matters as Catholic Christian teaching on marriage, sexual morality and abortion...

And where that hatred led - a witch-hunt led by many in the media, especially Australia's massive tax payer funded ABC - .....and a cell in a maximum security prison.

The similarities with Canada and Australia re the mainstream media and the Catholic Church are striking.

Totally agree the country is reaping the whirlwind from an utterly failing education system.

Zero ability to think critically and look beyond the headlines or internet "facts".

Good example would be the above quoted mortality rates, where I can easily see someone immediately arguing, "yeah, but the mortality rate of children in the schools was higher than even the high mortality rate in tribal lands, because I know this because I googled it."

To which I would reply, the total mortality rate on tribal land was mainly that for healthy adults with a smaller percentage of elderly added in, the children mostly not there as in residential schools, and the two groups with always higher mortality are the aged and the young. Of COURSE a population consisting of only the most vulnerable will have a higher mortality rate, such as a residential school, OR a home for the aged.

Like I said, no critical thinking skills at all. And utterly unwilling to even attempt to read between the factoids and look for alternative explanations. The recent coronavirus response of the population at large, and policy makers, a perfect example.

I appreciate your recent contributions but according to Critical Race Theory and 3rd, 4th or 5th wave feminism and various "grievance studies" eg "Queer Theory" etc what you call Facts are not really facts but are most times "facts" bought into existence as a result of the biased ideological assertions of white, straight, western males; and almost always such facts will almost always be trumped by the emotions, the "lived experience" and shared stories of oppressed racial and sexual minorities...

Phew...completing "Cynical Theories" by Helen Pluckrose and James Pluckrose has me writing nonsense while trying to explain nonsense!

Well, anon157., when I was a kid, we had a Muhammad Ali joke, where he woke up one day to find to his horror that he was white from the neck and up, and went immediately to a doctor who ran a few tests, and who then handed him a large glass of evil appearing and noxious odor liquid and told him to drink it, which he did while trying not to gag, and was immediately rewarded with return to natural color. Ali was quick to thank the doctor, but could not help but ask, "But what WAS that stuff? It tasted like ****!". The doctor replied, "Yes, you were low a quart."

Today, we have an education system when opens young heads and fills them to the brim with the same stuff, and they matriculate knowing virtually nothing but latest "educational" fad.

I DO hate finding auto-correct unknowingly turned on. WHICH.

"Lived experience"! - a truly great slogan for our modern or post-modern times!

But is there such a thing as:

Chip,
Millions of school children have been and are being taught that they will rightly be labelled a bigot and a racist if they do not embrace a form of anti-racism, that is itself racist.