When it comes to money the Vatican has no problem charging and placing on trial those complicit in financial abuse and embezzlement but if you are a public Catholic politician promoting laws that enable the genocide of unborn children, caution is urged

René Brülhart (former president of AIF), who is charged with the crime of abuse of office (this is a shock) 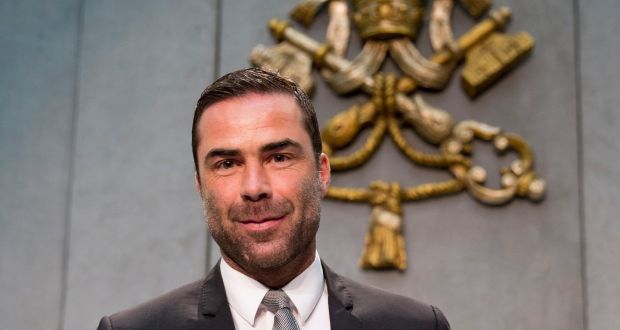 The long and complex investigation carried out by Promoter of Justice Gian Piero Milano, Adjunct Alessandro Diddi and by Gianluca Perrone followed from an inquiry undertaken by the Vatican Gendarmeria led by Commander Gianluca Gauzzi Broccoletti. The probe led to the examination of an enormous number of documents, electronic equipment sequestered from the suspects, as well as the comparison of witness testimony. The president of Vatican City State’s Tribunal, Giuseppe Pignatone, has ordered the subpoena of ten people after receiving the request presented by the Office of the Promoter of Justice, referred to in the Holy See Press Office’s statement. The first phase of the investigation ends with this summons. Now the documentation gathered will be examined by the Tribunal during the public debate involving both the prosecution and the defense. The first hearing is scheduled for 27 July.

Some elements also emerged against Cardinal Angelo Becciu, reads the statement from the Holy See Press Office. In his case, charges include embezzlement, abuse of office in complicity with others, and subornation.

The press statement confirms that the investigation got underway in July 2019 after the Istituto per le Opere di Religione [commonly known as the Vatican Bank] and the Auditor General’s Office reported that “there was complete collaboration between the Office of the Promoter and the Judicial Police section of the Gendarmerie Corps. Preliminary activities were also carried out through close and productive collaboration with the Prosecutor’s Office in Rome and the Economic and Financial Police Unit (G.I.C.E.F.) of the Guardia di Finanza in Rome. Cooperation between the Prosecutor’s Office of Milan, Bari, Trent, Cagliari and Sassari and their respective judicial police offices was also appreciated.”

“Initial activities carried out with rogatorial commissions in numerous foreign countries (United Arab Emirates, Great Britain, Jersey, Luxembourg, Slovenia, Switzerland) brought to light a vast web of relationships with operators in the financial markets that generated substantial losses for Vatican finances which also drew from those resources destined for the Holy Father’s personal acts of charity.”

“The judicial process,” the statement emphasizes, “is directly connected to the directives and reforms” of Pope Francis, “in his work of transparency and remediation of Vatican finances, a work that, according to the hypothesis of the prosecution, was countered by illicit and detrimental speculative activities on a reputational level in the terms indicated in the request to press charges.”

A primary and important chapter in the investigation concerns the Secretariat of State’s investment in Raffale Mincione’s Athena Capital Global Opportunities Fund operative between June 2013 and February 2014. The Secretariat of State borrowed 200 million dollars from Credit Suisse to invest in Mincione’s fund (100 million in movable goods, 100 million in immovable goods related to the property in London). The high-risk investment brought a serious loss to the Holy See. By 30 September 2018, 18 million euro of the initial investment were lost on these shares. The overall loss, however, is estimated to be a much larger amount. Mincione used the Vatican’s money in imprudent transactions and in attempts to take over banking institutions in crisis. Before such disastrous results, the Secretariat of State tried to get out of the investment by purchasing the property.

Torzi and extorsion enter the picture

The Vatican magistrates hold that “neither Msgr. Perlasca, who signed the Share Purchase Agreement, nor his Superiors, the Substitute Edgar Peña Parra, and above all Cardinal Pietro Parolin had been effectively informed to be fully aware of the juridical effects that the different categories of actions would cause.” The Substitute’s signature, necessary to conclude the agreement because he holds power of attorney, was obtained after the fact and without the superiors being made aware of the “tactic” that allowed Torzi to maintain control of everything. To obtain control over the property, and force Torzi out of the picture, 15 million euro was extorted from the Secretariat of State through payments to the broker for irregular reasons, thanks to the internal complicity of the suspects against whom indictments have been requested.

According to the Vatican magistrates, AIF “overlooked the anomalies of the London transaction – of which it had immediately been informed – especially considering the wealth of information acquired as a result of intelligence activity.” According to the documentation produced by the prosecution, AIF played “a decisive role in completing the liquidation process of Gianluigi Torzi's claims.”

The Cardinal, former Subsitute of the Secretariat of State, did not become a suspect immediately. He became involved because the magistrates accused him of "interference” and allege that he was behind the offers to acquire the building that emerged suddenly at the end of May 2020, just a few days prior to the interrogation of Torzi.

According to testimony, Cardinal Becciu also tried to get Perlasca to recant. Payments made by the Secretariat of State to Cecilia Marogna at Becciu’s request were added to the investigation. Between 20 December 2018 and 11 July 2019, the company she owned received payments made by the Secretariat of State for 575,000 euro. A letter rogatory allowed the investigation to ascertain that this sum “was mostly used to make purchases that were not compatible, and therefore, unjustifiable, with the corporate purpose of the company.”

In the end, the magistrates contend that Becciu financed his brother Antonino’s cooperative with 600,000 euro that came from the funds belonging to the Italian Bishops’ Conference and 225,000 euro that came from funds belonging to the Secretariat of State. The donations were allegedly “used for purposes other than the charitable purposes for which they were intended.”

And of course Becciu was able to do this without Parolin and Francis having a CLUE as to what was going on, including Becciu alone quashing all investigation into finances, and despite the very public protests of Pell and others who were booted when they got close to the truth. And Parolin and Francis somehow just did not hear about any of this and were misled by unnamed others who still have THEIR jobs?

As far as I’m aware, none of those accused of Vatican financial misdeeds (including the Cardinal) has been banned from receiving communion or excommunicated. They are however, been held accountable through the civil law. Same goes for the American bishop found to have embezzled vast amounts of diocesan funds.

So can you see the difference now?

Cardinal Pell has been right every step of the way, in every way, about Pope Francis.

-- Cardinal Pell: "Francis said he’s a loyal son of the Church, and his record shows that. He’s a completely faithful exponent of Christ’s teaching and the Church’s tradition."

-- Cardinal Pell: “The Holy Father was elected to clean up Vatican finances. He plays a long game and is to be thanked and congratulated on recent developments.”

Cardinal Pell said that Pope Francis' efforts to reform the Vatican's finances, including a recent measure that removed financial assets from the control of the Vatican Secretariat of State, would hopefully bring much-needed accountability.

Cardinal Pell: "There's no doubt that if implemented appropriately and well, it represents massive, massive progress."

-- Journalist Andrew Bolt, interview with Cardinal Pell, in regard to Vatican financial corruption:

Andrew Bolt: "I have described it as running right to the very feet of the Pope. Would I be wrong?"

"As far as I’m aware, none of those accused of Vatican financial misdeeds (including the Cardinal) has been banned from receiving communion or excommunicated."

Mortal sins have been committed and scandal and disrepute brought upon the Church.
Since those guilty of these criminal acts, having no further occupation of their positions of authority in administering Vatican finances and investments, and no longer able to continue in their previous misdeeds, then no banishment is necessary. What is necessary from them is compunction,remorse,contrition, a good confession, and a proportionate penance. Absent what is required of them in confessing and receiving absolution, presenting themselves for Communion should not be done and would only bring further scandal and spiritual harm to themselves and the Body of Christ.

“ What is necessary from them is compunction,remorse,contrition, a good confession, and a proportionate penance”

…except none of these essential things have been done by the offending individuals as far as any of us our aware. Furthermore penance requires contrition and an attempt to make good the harm you have caused (contrition and reconciliation) - until which absolution is not efficacious. Until such time, there will continue to be scandal caused to the faithful.

It’s not just sexual sin which are mortal - stealing from the poor is as serious a mortal sin, if not more. Therefore according to your own arguments (not mine) those responsible should be denied communion or excommunicated.

Note Francisco did not should that path. He chose to concelebrate the Mandy Thursday evening Mass of the Lord’s Supper with Cardinal Beccau - a fine example of Christian behaviour from our Chief Shepherd. God bless our Pope!

Are you saying that people in a flagrant state of public mortal sin and are thoroughly unrepentant for their mortal sins should be approaching the altar railing for Holy Communion and if they don’t approach, the minister should go to them and force the medicine on their hand or down their throat?

No I’m not saying that, you are!

I did include the qualifier "Since those *guilty* of these criminal acts".
At this point it hasn't been conclusively determined who among those charged are guilty. Criminal,scandalous, and sinful acts have been committed and I was directing my comments toward those found guilty of such.