JOHN ALLEN, NO ITALIAN, BUT LIVES THERE, IS DOING THE ITALIAN THING AND THE FIRST ATTEMPT THAT I HAVE READ AT DOING SO 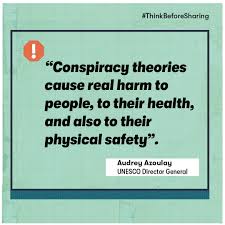 Yes, this Italian, your most humble blogger, brought up the possibility in a previous post of the big two “c’s” afflicting Pope Francis: COLON CANCER. Today, though, John Allen of Crux is even more ominous in promoting conspiracy theories about the Vatican not telling the complete truth about Pope Francis first and major health crisis as pope. Is there more to what is going on with the pope’s health than what is being told. Italians have their theories:

With pope staying in hospital, is this the part where we panic?

Here is a money byte by Allen, not Allan, but Allen:

…this is the first significant time in the Francis papacy when an optimistic statement from the Vatican about the pope’s health has been disproven by reality, which makes one wonder: Is this the part where we panic?

In most papal health scares, a moment comes when people become convinced that things are actually much worse than the Vatican is saying, and that the pope is either about to die or become significantly incapacitated. That conviction typically spawns dark theories about who’s really in charge and what agenda is being pursued.

Usually that speculation begins and reaches its zenith in the Italian press, because of the cultural truths about this country is that Italians have never seen a conspiracy theory they’re not prepared to believe. They even have a word for it, dietrologia, meaning the study of what’s going on behind closed doors.

John Allen makes a good point about no real way to deal with an incapacitated pope who is not free to resign due to the incapacitation. Canon Law nor any papal decree/bull/encyclical has any way out.

May I suggest an idea? What about a “vice” pope? It might be the Secretary of State, who is designated to step in and become a caretaker of the papacy especially as it regards administrative issues, not faith and doctrine, but confirming the naming of bishops, removal of bishops who are errant and the other canonical stuff.

This could last for years of course, but at least there is something in place and codified by a papal decree that has authority.

Is there an older government in existence that has existed continuously for as long as the Vatican state? I doubt it. They have had longer than any government in existence to forge the machinery of controlling information. Is there anyone over the age of 30 who has believed for one minute that the pope's condition was what the Vatican PR machine has fed us? I have no idea if the pope has cancer, diverticulitis, whooping cough, gall stones or Montezuma's Revenge, but whatever he has, we will probably learn the truth about it long after he has passed.

This isn't a conspiracy. Neither the Vatican nor any government I can think of ever tells us the complete truth as it happens, especially about the health problems of ruling executives.

The Pope is an old man and has had serious surgery. He has access to a good hospital and can recover there. There is no need for excessive worry. He could die suddenly any day at his age so considerations of that event are prudent but should be tempered.

I am rather partial to the idea of 1-day term limits for Pope where EVERYbody gets to be Pope for a day.

Such an idea would have the backing of the majority of Catholics today, which they have in fact been practicing for the last 60yrs, anyhow.

As for papal health, since they obviously clamped a very effective lid on prior problems leading to scheduled surgery finally announced, am expecting more of the same as for what they found and as to the prognosis.

As for him staying longer than initially planned, it of course could mean very bad news, but equally as well, the pope ran/is-running/who knows that mystery fever where first worry is always a post-op infection or intestinal cavity leakage from the bowel resection leading to infection, and doctors would of course be very cautious to not release him prematurely until absolutely sure of no post-op complications which onset would be sudden away from constant monitoring/testing catching first signs.

I can just imagine a Pope-for-a-day Church:

Monday: The Latin Mass is abrogated, only the Novus Ordo may be used.

Tuesday: The Novus Ordo is abrogated, the Mass of All Time is to be celebrated for all eternity.

Wednesday: Gay Marriage for All!

Thursday: Mass should only be in Aramaic, the language Jesus spoke!

Friday: I am Jesus, finally come back.

Saturday: Will someone get that woman who thinks she's Jesus out of here? It's my turn to be Pope for a day. Not really sure how to celebrate gay Tridentine marriages in Aramaic, tho. That's tomorrow's Pope's problem, I guess.

Anon1044.....we pretty much already have that, so I do not think people would notice much difference, same as they never have.

They already elect popes based on how short a reign is hoped for, so the Pope for a day should fit right into that mindset, as well.

At this point the cardinals should do something completely out of left field...

'Is there an older government in existence that has existed continuously for as long as the Vatican state?' asks Tom Marcus. Since the Vatican state has only existed since 1929, the answer is obvious.

It is the Apostolic See, and specifically the papal curia, which has a form of governance which in its day was the most effective in western Europe, until the development of bureaucratically efficient nation states in the early modern era.

For most of the Church's history it is anachronistic to talk of 'the Vatican' since popes did not reside there.