THE TRUTH ABOUT JESUS AND THE CHURCH, FAILURE SEEMS TO BE IN THE DNA!

Do you call this success? 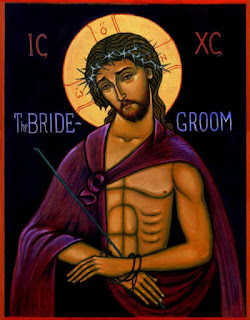 And this is what the Church sees as success, martyrdom, but is it really? 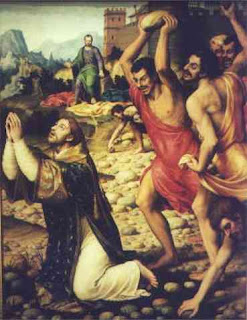 I read a comment on another blog that Benedict’s program for “re-evangelizing Europe” failed. I'm not completely sure what that means and certainly no statistics as to why Catholics in Europe continue to leave the Church and are more secular than other parts of the world were cited as there are none, it was just a silly opinion on the part of the commenter. I suspect too, that it is too early to determine the success or failure of Benedict XVI.

I presume that the failure of Benedict's plan to "re-evangelize Europe" from the commenters point of view has much to do with his program of "reform in continuity" and his unwillingness to bend doctrine, dogma and morality to accommodate the wants and desires of the populace. I suspect it means liturgy that is more traditional, yet very much Vatican II but allows for the older expression. I suspect it means not being more flexible about artificial birth control and ordaining women to the priesthood. For the commenter, all of this is a cause and effect in terms of failure from her perspective.

But when has the Church ever really been successful? Certainly in the USA, it seems that the Church was most successful in the 1940's and 50's in this country but for factors that were culturally related as well as internally related. The secular culture was friendly toward religion as was the media. That helps.

The Church was successful when it controlled the state. Politics then as now has adherents who are quite zealous and the populace walks in lockstep to court favor with those in power. So on one hand, yes there was success for Christendom but on the other hand, the trappings of political power corrupted the message of the Church too.

It was in the 1960's that popular culture began to turn away from religion and ridicule it. It took advantage of all the sins of the members of religion and reported these with glee, especially the Catholic ones, but the Protestant televangelists got their share of mocking too in terms of hypocrisy.

Today, most of main line Protestantism and Judaism have become irrelevant to the culture as they are no threat to the prevailing winds in politics and media, the new dictator of lifestyle (faux morality). For the most part progressive religions have acquiesced to the culture when it comes to all the sexual issues which are the most important issues for popular culture.

The only institution that isn't in lockstep with the dictators of culture is the Catholic Church and this burns the hell out of them. They have been successful in getting various Catholics to join their side, but not the institution as a whole.

Last night as I watched the CBS Nightly News and there was a commercial about CBS News being in Rome next week to cover the Conclave, but the announcer seem to add an apology for doing so, after all the pope leads a 1.2 billion member institution, that's why they are going. You can imagine that those sycophants in the media that hate the Church hate the positive publicity the Church will receive in the coming days and would like to see CBS and the other networks simply ignore the conclave rather than give the Church publicity.

From the media's point of view Pope John Paul II's papacy was more successful than Benedict's although I think Benedict's papacy will have more lasting power in terms of teaching, not personality. But I'm not sure any pope in recent times has been truly successful in the eyes of the worldly.

Pius XII has been black-marked for not doing enough to prevent the holocaust and I think unfairly so. Pope John XXIII's papacy is considered successful as he changed the institution simply by calling Vatican II, but he died half way through and I sometimes wonder if he had had a longer papacy and tried to implement Vatican II that he would have been far more conservative in its implementation than Paul VI and thus would have been labeled a villain of unsuccessfulness.

Paul VI allowed for the more progressive implementation of Vatican II but is seen as unsuccessful for Humanae Vitae.

Of course John Paul II is unsuccessful because he did not allow the continuation of unbridled liberalism in the Church and well, Benedict, we know what the post-Catholics think of him and his success.

But let's face it, by the standards of the world, Jesus was unsuccessful in His public ministry too. He only called men to be His apostles and most of them were idiots, especially from Mark's most accurate point of view.

He couldn't keep all His followers together, many left Him in disgust, one of His apostles betrayed Him and the first pope denied Him three times.

On top of that, He wasn't what most of them thought He was, a revolutionary that would overthrow the Roman Empire and establish Israel securely in its own promised land. He was a complete failure there.

So too, He didn't win over the government of the day or the religious authorities. In fact one conspired with the other to have him arrested and put to death. No success there for Jesus.

He also taught that the last would be first--funny! Is that a recipe for success? No!

And He didn't change anything about Judaism other than to call them to the truth of their own religion. Oh, yes, He did call for more conservatism as he outlawed divorce and made love of enemy a new law.

What a loser! His ministry was an unmitigated failure.

Viewing the Church in terms of success/failure somehow just doesn't maker sense, anyway. It is not a business or a sports venture. Those terms are irrelevant in the context of salvation history.

Humanae Vitae is the best document of the 20th century Church, and it is the document of that era that will have the furthest reaching consequences. I really can't see other documents from our time being studied, say, 500 years from now, except perhaps Dei Verbum.

"Progressives" , secularists and the secular media are never going to understand the Catholic Church. They measure its "success" in human terms, which includes how popular it is at any given time or how many members it has. In evaluating conclaves, they handicap the cardinals as if certain areas of the globe and factions in the Church needed to be appeased by the selection of one cardinal over another because of geographic considerations or political reasons. To them the Church is on a membership drive (which it sort of is) and the only measure of success is its recruitment of new members. They must be recruited by any means possible, which means (to them) that the Church must conform to the culture or it will lose members and fail to recruit new ones.

Of course, as you point out the Church is a contradiction in the human measure of success. For many saints, success couldn't get any better than martyrdom. Yet in their time, I'm sure Isaac Jogues, Stephen, Joan of Arc, Jean de Brebeuf, Thomas More, John Fisher and all the others who shed their blood for the faith were considered miserable failures.

Which brings to mind the words of Bishop Sheen:

The "world" as we know it will never get it. As Catholics, it's essential that WE do.

The problem with the rat race is that even if you win, you are still a rat.