POINT AND COUNTER POINT AND HOW SOME CATHOLICS THINK THE POPE CAN DO ANYTHING HE WANTS? 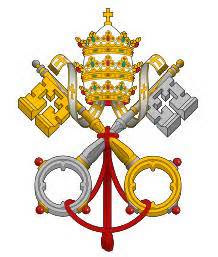 This past Sunday, Dr. Bill Cummings who writes editorials for the Macon Telegraph wrote the following:

There were 115 red-robed cardinals stuffed into that Sistine Chapel -- you saw them on TV. Not a woman among them. Not one. And since the pope had to come from this all-male group, we could never get a woman pope. Now, I have nothing but respect for the new Pope Francis, but he’s a man. Why not a woman?

Did you ever ask (maybe not) why women can’t be cardinals and bishops and priests? Why can’t a woman be a priest? Protestants ordain women pastors; why can’t Catholics ordain women priests?

Catholics have women teaching their seminarians; in fact, some of the best Catholic theologians and Scripture scholars are women and they make much better teachers than men. So why not ordain them? Why not move them to the front of the altar?

For the same reason they wouldn’t move African-Americans to the front of the bus. Yes, it’s sheer male prejudice. There’s no other reason. I lived in Rome for two years and I heard all the Roman Curia explanations: the Pauline epistles, the tradition of the Church, the will of God. Baloney. All of these excuses are easy to dismiss, and if our new Pope Francis wanted to ordain women (as Pope John XXIII wanted to do in 1960) he could do it.

And now would be the ideal time. Look at the math: 67 million American Catholics and 27,000 parish priests. That’s one parish priest for over 2,000 people. And that’s today. The net number of American priests declines by about 364 a year. Forget the ancient prejudicial reasons for an all-male priesthood; just look at the future of this enterprise. No business can sustain these kinds of losses.

If the Catholic Church wants to survive another 100 years, I think two major changes must be made:

1. Women must be ordained priests. Besides the obvious fact that women deserve the chance to be the leaders of our parishes and would probably do a much better job -- the decline of male candidates makes it imperative.

2. Priests must be allowed to marry. Even with the increase of women priests, the gap cannot be breached without more men as well, and celibacy is just not as attractive anymore. Twenty thousand men left the priesthood in America in the ’60s and ’70s -- most of them to get married. Besides, celibacy and the priesthood are not inextricably intertwined; the Eastern Catholic Church has always had married priests.

The Roman Catholic Church has a wonderful group of married deacons and a powerful group of dedicated nuns, and without them the parishes would already be dead. But they are not priests.

The Catholic Church, unlike the Protestant churches must have priests for its sacraments; no one else.

A problem? Yes, but leaders fix problems. Where have all the leaders gone?

Dr. Bill Cummings is the CEO of Cummings Consolidated Corporation and Cummings Management Consultants. His website is digitallydrc.com.

Then in today's Macon Telegraph's Letter's to the Editor (March 21)my letter was printed:

Apart from Dr. Bill Cummings condescending remarks about sacred Scripture, tradition and natural law being baloney, he also fell victim to what he and many others think is the blanket authority of popes over the church. No, Pope Francis makes clear that papal authority is at the service of God and not above God. No pope can change sacred Scripture, tradition and natural law to suit his agenda or Dr. Cummings’ silly agenda.

The pope has no authority whatsoever to ordain women or say that Jesus was an astronaut from outer space. The pope must be faithful to defined teachings of the church and cannot manipulate them, change them, or go against natural law. Sorry Bill, you missed the mark and get an “F” in Catholicism. You really are capable of doing much better; try harder the next time and God bless you.

(And this is how Dr. Cummings describes himself:

My name is Bill Cummings, and I’ll be with you on these pages every Sunday from now on.

Let me tell you a little bit about myself.

I’m a Leadership Guru. I’ve been studying leadership since 1960. Back then, I couldn’t go to Mercer and get my degree in leadership; they didn’t have the courses they have now. I had to learn it from actual Leaders. Here were some of mine:

I spent two years in the Vatican with this man and learned my first lesson in leadership: Listening. Pope John knew how to listen -- even in disagreements. I watched him with Cardinal Ottaviani and Cardinal Siri, two men who hated everything the Pope wanted to do. But he listened to them and communicated with them -- all during his short term as Pope.

He wanted to “up-grade” the Catholic Church; he called it: “Aggiornamento!” He wanted to get rid of the “Mortal Sins” of eating meat on Friday, missing Mass on Sunday, practicing birth control and many more. But they fought him every step of the way. And yet he listened. He never shut them out. I wish the Republicans and the Democrats would do that today.)
Posted by Fr. Allan J. McDonald at Thursday, March 21, 2013

There is a fallacy about people with Ph.D. after their name: many, including themselves, think that means they have broad expertise. But of course, what it really says is that they have expertise in a particular field, as well as highly developed skills in study, research, writing, and defending their qualifying thesis.

Many do not make much use of their acquired skills outside of their specialty fields, and it shows.

Dr. Cummings is a prime example. His comments on the ordination of women indicate both a failure to research the topic, and ironically, a failure to listen. In fact, from the article, one might imagine that the only pope to whom he listened was John XXIII.

He utterly ignores the massive problem of catechesis. But then, since he seems lacking in catechetical knowledge himself, that is at least understandable.

Yes, leaders solve problems. But first, they must identify correctly what the problems are. In this, Dr. Cummings has failed rather badly.

He might do well to stick to his area of expertise, which clearly is not the doctrine of the Church.

...also Dr. Cummings clearly missed the attention given by JPII and BXKI to resourcement.

I admire your restraint, Father. You could easily have written volumes in reply to the errors in his editorial.

This person with a Ph.D. constructed his sentences such that he says "they" wouldn't move African Americans to the front of the bus because of male prejudice. I'm no history scholar, but I don't think that's correct. And who are "they"?

I think this person is now the "they" he despises: "they" won't stop imparting modern secular mores on every institution.

And if having female "priests" is so good for recruitment, what's the excuse for the Episcopalians?

Married clergy is a non-starter of course since that exists and his not knowing that further demonstrates his ignorance and lack of qualification to discuss these issues.

Summary: This guy is a joke. But, we all knew that already.

When I was a kid near Ft Campbell, KY, the priest would go around looking for people talking through their hat about the Church and talk to them, setting them straight. He was pretty nice about it, but would not shy away from the discussion no matter how heated, to make sure the facts were presented. He used to hang out in a local barbeque and beer joint and talk religion. They ate it up. He never ran into many preachers there, for some reason.

Well, if those things are baloney. then the Church would be baloney, making the question of women priests as irrelevant as the color I'm going to pick for my first flying saucer.

If those things are not baloney, then the argument also becomes irrelevant, for obvious reasons.

It's just like I tell my confirmation class kids: Why can't we just "update" and substitute pizza and coke or cookies and milk for bread and wine to be used in the Mass to become the Body and Blood of Christ? Why? Because the Church (including the Pope) does not have the authority to change things that were instituted by Christ himself.

Once again, it's a matter of receiving and accepting rather than changing or doing.

With all due respect, Dr. Cummings (like much of the secular media) just doesn't understand the Church.

Does Dr. Cummings, the "leadership guru," not see the irony in what he's written?

For someone who goes on about how "leadership is all about listening," he should've done his research, and thus "listened" to what the Catholic Church teaches, and why. Furthermore, he neglects which voice the Pope listens to above all: God's. The Pope is meant to keep God's voice in play by letting it have a say. Only in submission to this higher authority does the Pope have the final say.

Of course Father is right but in a way I'm glad this Dr. Cummings brought this topic up. For quite a long time I had similar notions and I can tell you a lot of middle aged Catholics, particularly men who have daughters, think ordaining women priests is a great idea. Also, the number of Catholics who are well catecized outside of traditional circles is pretty small. To prove my point look how many voted for Obama. The point is, Dr. Cummings may be wrong, and Father's reply was perfect but we do have to be charitable as much as possible, many people, including many religious are in the wrong but they don't know they are wrong.