IT'S A RAINY NIGHT IN ROMA 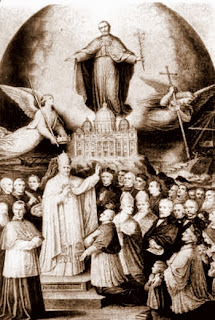 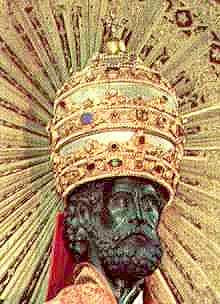 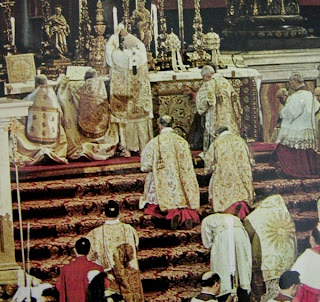 Cardinal Timothy Dolan, who I predicted in my clairvoyance would become the Archbishop of New York long before he even became a bishop, has predicted that the new pope's "coronation" will take place on the Solemnity of Saint Joseph, Husband of the Blessed Virgin Mary, which of course is March 19th.

So, my suggestion to the new Pontifex Maximus is to continue the "reform of the reform" have a simple "coronation" and update the Ordinary Form's calendar to be more in sinc with the Extraordinary Form calendar.

However, and maybe this happened in my clairvoyance without me even knowing it, Saint Joseph Church in Macon, Georgia will be celebrating our Patronal Feast Day with a Solemn Sung Extraordinary Form Mass with our combined choirs singing Schubert's Mass! We will have deacon and sub deacon and a "Saint Joseph's Table" with a reception following the Mass. The Mass will be on Tuesday, March 19th, the Solemnity of Saint Joseph, Spouse of the Blessed Virgin Mary and purportedly on the same day as the new pope's "coronation" whom I will say is going to be Cardinal Scola since Saint Joseph is Italian and scolas sing at Extraordinary Form Masses. 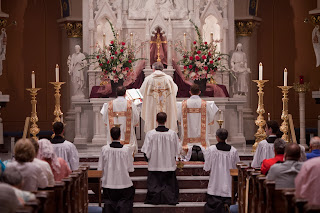 Llovera or Bagnasco for Pope....

That works Sandy ! I would like an EF in the vernacular once in a while. Although I would never drift far from the Latin which I like..