LET'S PROSECUTE NOT ONLY THE CRIMINALS BUT ALSO THE CEO'S 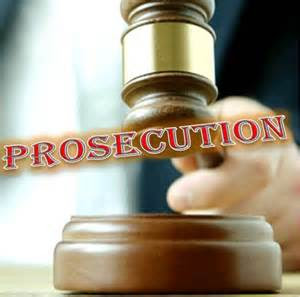 Our 24 hour a day news/entertainment channels, like CNN, have been covering sensational rape cases involving teenage boys who get teenage girls drunk and then do all kinds of ungodly sexual acts upon them. Yes, these boys should be prosecuted to the limit of the law and made to pay for their crimes and also, pray God, experience some rehabilitation in prison.

But let's face it, ever since the sexual revolution of the 1960's and the promotion of artificial birth control, boys and men, husbands and lovers feel they have a right to sex on demand to take care of their physical needs. There isn't much mutuality or self giving in this kind of sex, it is simply to help the person get over an urge and to do it in a way that brings ultimate pleasure to the overcoming of the base instinct.

Thus women, who in the 1960's were trying to liberate themselves in many ways are now sex slaves as are their partners and it isn't about mutual self giving, providing a nice, warm loving parents for children in a family home, no it is for release and taking care of natural urges and needs.

Now the internet and local cable and satellite services give us pornography on demand. Even small children accidentally come across it in innocent internet searches.

What do they see? They see men taking advantage of women and women doing the same thing and they see sexual humiliation which is suppose to increase the watchers libido. It is the crass form of manipulation that those who watch allow to happen but those who put this stuff out for public consumption make the most lurid kind of money!

Put the heads of the large media companies, like those who own NBC, Comcast and other cable and satellite companies on trial and throw them into prison.

If, as these media moguls think, bishops who enabled sex abuse of minors should be thrown into prison for their priest's crimes, why not the CEO of the these giant media companies who have been corrupting the sexual morals of youth and the general population for decades not experience the same fate.

Fr. McD, to show how pervasive the problem is, please note that you fall into the same trap that you point out with the contraceptive mentality. You state that men now "feel they have a right to sex on demand "to take care of their physical needs." I submit that we as a society have been brainwashed to believe that they're _needs_ instead of _wants_. But calling it by the proper name--wants--shows that men are being even more selfish about this than you indicate.

Having sex with children is only a crime if you think it is. Ask any of the stars and politicians who vacation in Thailand. The crime is not rape or pederasty, it is hypocrisy. The only way out is to agree with it.