BREAKING NEWS ON THE START OF THE CONCLAVE 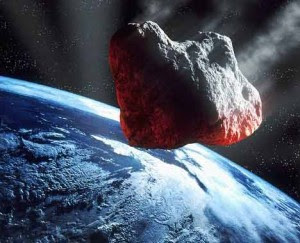 The conclave to pick a new pope will begin as early as Monday, and likely no later than Wednesday, the Vatican said Friday morning. The final date was to be set by a vote of the cardinals later Friday evening.

Vatican City, 8 March 2013 (VIS) - “The eighth General Congregation that will meet this evening will vote on the date to begin the Conclave”, Fr. Federico Lombardi, director of the Holy See Press Office, announced. “It is likely,” he clarified, “that the Conclave will begin early next week: perhaps Monday, Tuesday, or Wednesday. It definitely will not be tomorrow or Sunday. Tomorrow a General Congregation will only take place in the morning and on Sunday it is expected that the cardinals will visit their titular churches in the city to pray. They are under no obligation to do so, but it is likely that they will.”

And on top of that another asteroid is within inches of the earth as it approaches this weekend, this in addition to the larger one that passed by not too long ago and the meteor that hit Russia and exploded there signaling the Vatican that Russia needs to be consecrated to the Blessed Virgin Mary.

And yes, there is that comet in the sky too!

13/03/13 is the way dates are written not only in Europe but in many other parts of the world, and it's time North America came into line. I was about to touch down in Montreal and was filling in the immigration form which required my date of birth; I had already written 10/05/51 when closer inspection revealed that I should have written 51/05/10. Perverse and bizarre, even worse than driving on the right of the road which is contrary to all logic and tradition going back to Roman times.

Well, the UK and her colonies, except for some odd reason, Canada, who drive on the wrong side of the road are doing so because they follow Roman Empire Laws that are contrary to nature or natural law! :)

And I should add, I wonder why the US Colonies didn't adapt the unnatural law of driving on the wrong side of the road, Georgia is one of the original 13 colonies you know.

You mount a horse (or a bicycle for that matter) on the left; keeping to the left allows you to use your sword-arm; Japan (never a British colony) drives on the left. Many European countries did so until well into the 20th century - Sweden didn't move to the right until the 1970s.

Apparently the US habit of passing oncoming traffic on the right was because the teamsters, who were of course standing on the left of their team wanted to keep to the drier middle of the road and converse with an oncoming teamster about the road ahead.

There is a very good motor museum in Brussels and all European cars built before the late 1920s have the steering wheel on the right hand side.

The conclave will begin on Tuesday, March 12 as per the Vatican web site.

Driving on the right causes tornadoes.

RE: Driving on the right side causes tornadoes..only when you eat pork.

There comes that rotten, stupid comet.
It makes me sick, I want to vomit.

“You mount a horse (or a bicycle for that matter) on the left; keeping to the left allows you to use your sword-arm; Japan (never a British colony) drives on the left. Many European countries did so until well into the 20th century - Sweden didn't move to the right until the 1970s.”

Quite so, John. That must be why they need so many guns over here.