NEW POPE MAKES FOR A BUSY DAY WITH REPORTERS!

I did three interviews with our local TV stations, but this is the only one I could find with an embedded code:

And the Holy Father's first pilgrimage to the Basilica of St. Mary's as reported by Rorate Caeli:

Pope Francis, barely 12 hours after his election, quietly left the Vatican early on Thursday to pray for guidance at a Rome basilica as he looks to usher a Catholic Church mired in intrigue and scandal into a new age of simplicity and humility.

Francis went to the Basilica of Santa Maria Maggiore, the oldest church in the world dedicated to the Madonna, where he prayed before a famous icon of the Madonna called the Salus Populi Romani, or Protectress of the Roman People.

"He spoke to us cordially like a father," said Father Ludovico Melo, a priest who prayed with the pope. "We were given 10 minutes' advance notice that the pope was coming".

And from Kathleen Parker, editorialist: 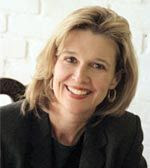 All things considered, I'd rather be in Rome. Isn't everyone?

Tout le journalism monde has descended on Rome since Pope Benedict XVI's surprise retirement last month. The ensuing Vatican intrigue has been appropriately sumptuous: Was it the gay cabal? Blackmail? Did the butler do it?

The 115 cardinals electing the new pope finally began deliberations Tuesday after weeks of finger-drumming by the international press. Could you guys hurry up already? The Vatican's tiny communications office has been driven batty by 5,000 reporters who descended with deadlines and little to report.

The Vatican, despite Pope Emeritus Benedict's relatively recent foray into the Twitterverse, apparently is not yet on the 24/7 news clock. The cardinals, according to one source in Rome, declined to be rushed by journalists. Meanwhile, reporters stateside embarrassed themselves daily by projecting their own values onto the centuries-old institution -- insisting that the church has to modernize on issues ranging from women priests to same-sex marriage to abortion. One colleague recently intoned a popular, if overwrought, sentiment: If the church doesn't change its position on women in the clergy, the church is doomed.

This is all laughable to anyone vaguely familiar with Catholic teaching. The Virgin Mary is at the center of the church and is otherwise known as the mother of God -- hardly a secondary role. Women who want to become priests may need a different church, as the all-male priesthood is considered doctrinal. One doesn't easily amend that sort of thing.

Such issues are not of prime concern to the church or the world's 1.2 billion Roman Catholics. Rather, Vatican concerns tilt more toward alleviating poverty in the developing world and ending the persecution of Christians. And, of course, getting its own house in order.

No one needs a primer on the scandals that have plagued the church the past few decades -- or the more recent discoveries of financial mismanagement and the "gay cabal." The new pope will have to yoke himself immediately to these burdens. Amid such troubles -- not to mention managing a world religion, an assortment of eccentric personalities and a vast charitable and diplomatic empire -- he will need a sense of humor.

The modernization of the church about which so many recently have opined is unlikely to make headlines soon. What is imperative is that the new pope be a strong communicator, or an "Evangelical Catholic," as author and commentator George Weigel termed it. This means, among other things, adapting to the global news cycle.

This is no century for introverts.

The recently retired pope much preferred studying and writing to meeting and greeting, his tweets notwithstanding. Efforts to humanize him via stories that he loved cats were somewhat outdated and mildly annoying. Worshipers seeking solidarity with the Vicar of Christ often sent Benedict photos of their cats. When a prominent television personality visited the pope, he gave Benedict a gift: a Baccarat cat.

Benedict had no cats at the Vatican.

The church faces enormous challenges, but none so daunting as communicating the Good News, which translates to helping millions around the world. Whatever one's personal opinion of Catholicism (I am not Catholic), the church remains a bulwark against Western secularization and the growing culture of choice. Is it really desirable, just for starters, that the leader of the Christian church embrace the destruction of human life in the womb?

One may make painful, personal choices as the law permits, but even non-Catholics can find solace in the barricade that men and women of conscience erect between human beings and the abyss of relativity. If the church means nothing to some, it is at least a welcome noisemaker in the public square, fearless in making the argument that life does matter.

Without the Catholic Church -- the largest charitable organization in the world -- millions of the least fortunate would suffer. Catholic Relief Services works in nearly 100 countries and reaches 100 million of the poorest people with emergency aid and health care, including 280 HIV and AIDS projects. Catholic Charities USA provided food services to 6.5 million people last year, according to Vatican sources.

Scandal surely has diminished the Vatican's moral authority, but 2,000 years of history suggest it will adapt and survive. In the meantime, any evaluation of its present situation must also include recognition of the immense good that individual Catholics and the church do.