MY GRATITUDE TO DR. BUCK MELTON FOR TAKING SUCH GRAND PICTURES OVER THE YEARS, CHRONICLING MY TIME HERE AT SAINT JOSEPH CHURCH! 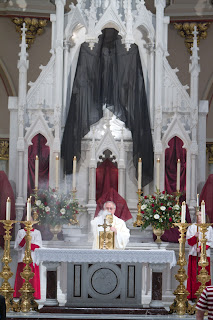 Liturgy of the Word: 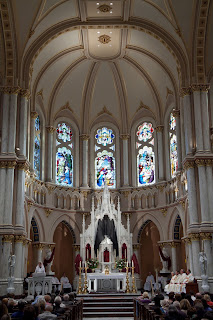 Our deacon has never looked so good! 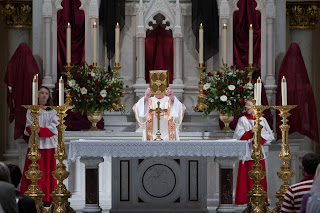 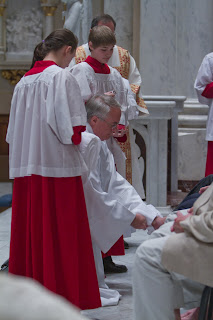 The first guy shocked me with his decorated feet! 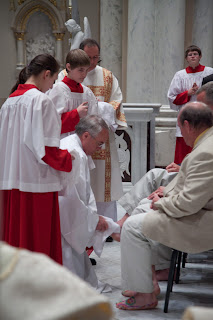 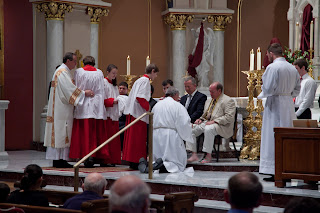 Our parochial vicar, whose name I don't recall, did six and I did six! I know, I know, I'm just like Pope Francis in breaking the rubrics of the Mass! 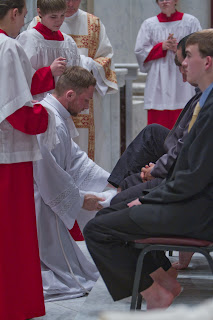 Presentation of the Chrism and other oils from the Bishop's Chrism Mass on Tuesday night: 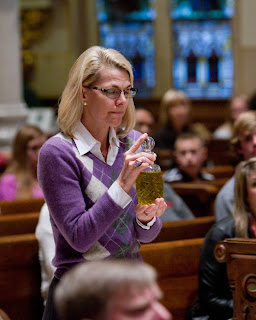 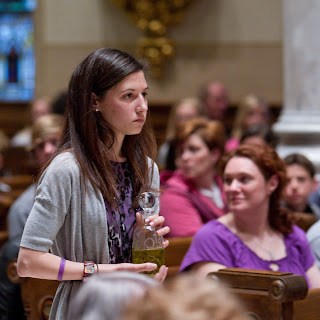 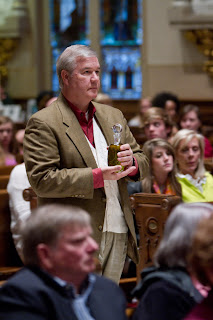 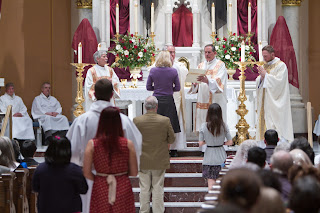 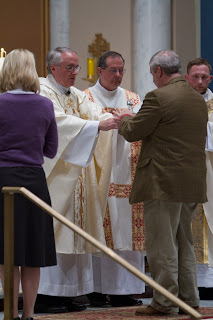 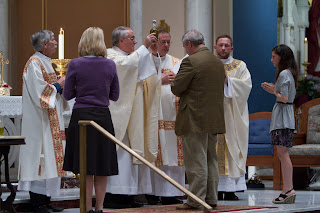 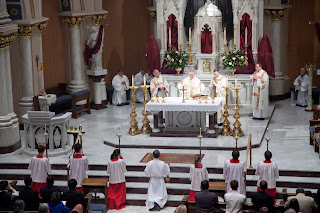 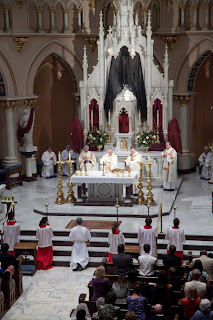 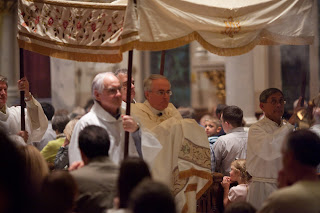 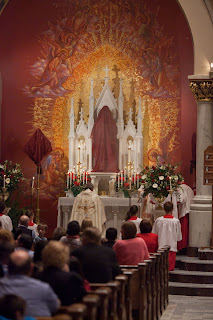 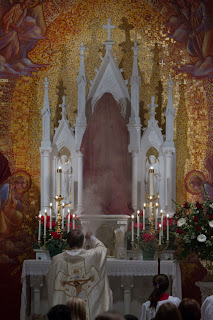 Stripping of the Altar: 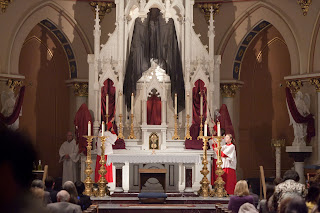 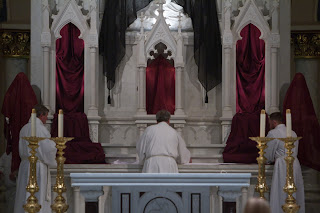 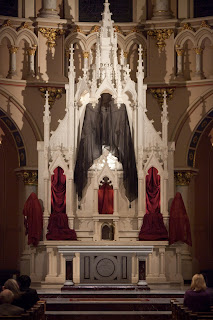 What was it with all those people getting up and leaving during the stripping of the altar? Were they 1) ignorant Protestants, 2) ill-bred slobs, 3) lousy Catholics 4) other?

Anyway, I have a question for Father. Why are your servers dressed differently?

Well, this is the first time I have seen such a mass exodus during the stripping of the altar at St. Jo's. I did not care for it, it seemed rude and disruptive of a solemn moment.

In Gene's defense, I too noticed considerably more people than normal leaving earlier than normal. Several headed for the doors right after Communion like on Sunday mornings. More left before the repose of the Host. Then a large number--again, large by St Joseph Holy Thursday standards--began crowding out even before the altar started being stripped. My thought at the tie was that a March Madness basketball game must be starting. My next thought was that while Fr. Dawid had shamed a lot of people into attending, he hadn't cured them of early departure.

But why, Father? It just looks a bit odd to have different servers wearing different things.

If anyone should be wearing an alb, it is your female servers, adult or otherwise, since the alb is proper to all baptized Christians. Cassock and cotta are clerical choir dress and as such may be worn by those substituting for clerics, whether as acolytes or members of a schola. Females may not substitute for clerics, and should therefore never wear anything that might be confused with clerical choir dress. You appear to have got things the wrong way round.

The "disrobing" of the altar, can be, if the pastor so desires, part of the solemn moment.

As far as disrobing the altar: I would wager that many did not know what it was about. This My wife commented today how happy she is at our new parish because she is not there to be entertained. When we understand the *reason* for each word and gesture, we are really participating in the Mass. My youngest was focused on the actions of the priest as well as the chant, using the Missal as her guide.