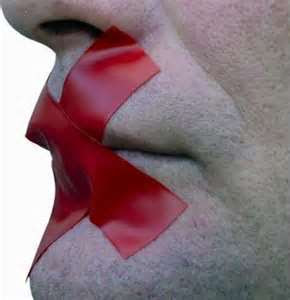 VATICAN CITY (AFP) - US cardinals in Rome abruptly cancelled media briefings on Wednesday in a victory for pre-conclave secrecy as workers readied the Sistine Chapel for a historic ceremony to elect the next pope after Benedict XVI's resignation.

"Concern was expressed about leaks of confidential proceedings reported in Italian newspapers. As a precaution, the cardinals have agreed not to do interviews," Sister Mary Ann Walsh, US Conference of Catholic Bishops spokeswoman, said in a statement.

Italian media earlier on Wednesday reported there were "sparks" flying at pre-conclave meetings between US and German cardinals, keen to have longer discussions ahead of the conclave, and Italian ones pushing for a papal election as quickly as possible.

The Vatican denied it had intervened directly to censor the electors, with spokesman Federico Lombardi saying: "it seems natural that the path towards the conclave lead progressively to greater reflection and discretion."

While all cardinals taking part in the pre-conclave meetings are bound to secrecy on pain of excommunication, there had been a growing openness among electors in general about the problems facing the Church and what the future may hold.

"We need a new way of governing the Church. A more horizontal government. The Curia must be revolutionised," German Cardinal Walter Kasper said in an interview with La Repubblica daily, referring to the Vatican's bickering governing body.

The Curia in particular has become one of the key issues of debates after secret papal documents leaked to the press last year in a scandal dubbed "Vatileaks" alleged corruption and intrigue in the administration and infighting many hope the new pope will tackle.

"I think the Curia in general, beyond whatever emerges from Vatileaks, needs to be revolutionised. And as well as the word reform, there must be a second: transparency" Kasper said.

There have been calls for details of an in-house investigative report about "Vatileaks", and some electors have been openly reluctant about speeding up the vote without knowing all the facts.

"This conclave needs to be prepared calmly. There is no hurry," Kasper said. The US cardinals had also called for patience, with Francis George insisting: "We are not ready yet."

"I'm not saying Vatileaks will be a determining factor but I do want to know all pertinent aspects," said US Cardinal Sean O'Malley. "We have to take all the time we need."

Though no date for the conclave has yet been set, preparations got under way at the Sistine Chapel, where builders in hard hats worked under Michelangelo's famous frescoes, laying a false floor and installing two black stoves which will be used to alert the world when a pope is elected.

The stoves were attached to the Sistine Chapel's chimney: ballots cast by the cardinals will be burned in them on a daily basis once the conclave starts, with black smoke signalling a vote has taken place, while white smoke will tell the world that a new papacy has begun.

The Vatican has said it wants a new pope in place by Easter, which this year falls on March 31.

Spokesman Federico Lombardi said all of the 115 cardinal electors -- cardinals below the age of 80 -- should be present in Rome by Thursday, when a decision about the conclave date may come.

Rumours continued to swirl over who is the most likely candidate to occupy St Peter's chair after Benedict's surprise resignation, though analysts have said the field is still wide open.

"I can tell you that the list of papal contenders is growing rather than shrinking," Chicago archbishop George said in an interview with La Stampa daily on Wednesday.

"The names bandied around in the newspapers make sense, but we are also talking about candidates which have not been mentioned so far," he said.

The Survivors Network of Those Abused by Priests (SNAP) on Wednesday blackmarked a "dirty dozen" cardinals who they said should be disqualified from voting in the conclave due to poor records in dealing with the clerical sex abuse crisis which has engulfed the Church in the past decade.

Many names on the list have been repeatedly cited as top candidates for the papacy.
The bid to exclude cardinals was dismissed out of hand by the Vatican's Lombardi, who said that "it really isn't up to SNAP to determine who should take part or not in the conclave."
Posted by Fr. Allan J. McDonald at Wednesday, March 06, 2013

Long conclave. Ugly conclave. Spiritual warfare.
Get out your rosaries.

And yet Cardinal Dolan's radio show was still live at 10am today! :-)

What we don't want: a) American cardinals grandstanding in front of the press corps. George has had too much to say already and Dolan is a shameless self-publicist who disgracefully uses the liturgy to draw attention to himself. b) German cardinals plotting in advance to ensure that a conservative won't be elected.