THE WORLD, THE FLESH AND THE DEVIL 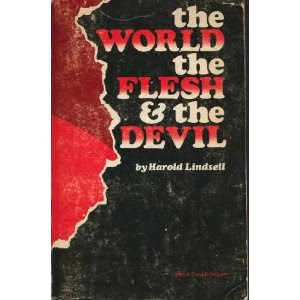 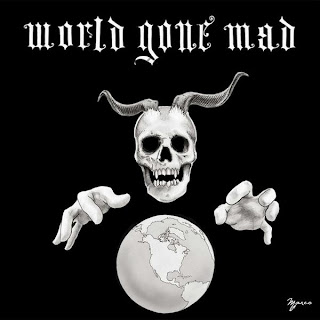 It seems like all these things are piling on as the conclave sets to begin. The sex abuse scandal of minors, homosexuality, heterosexuality, women priests, married clergy, transsexual clergy-- everything is being thrown out to the press like meat to a roaring lion.

Yes, the world, the flesh and the devil are working mightily hard in their lost battle with Christ and His Church Militant and now seems like a mini-persecution.

I don't remember all of this for Pope John Paul II's death and funeral and the conclave to elect the new pope in April of 2005. Maybe it was there and I've just blacked it out. I don't know.

But the politicization of the Church by special interest groups, many if not all, which are not Catholic or have long ago ceased to be Catholic is quite astonishing.

I am more and more inclined to believe that we need a smaller and more faithful Catholic Church and we've got to stop trying to bend over backwards to keep everyone in the Church especially those who have no love for Christ or His true Church.

We need Catholics who are grateful for what God has given them even if they want more.

We need fidelity to Scripture, Tradition and Natural Law.

We need to be an alternative sane society for a world gone mad, a world that is not only post-modern, post Christian, but also post-secular and post agnostic and post atheist. Our world is post-human and if we thought that the evils of the Holocaust and abortion were bad enough, we haven't seen anything yet.
Posted by Fr. Allan J. McDonald at Thursday, March 07, 2013

Good Father - I think the difference between this transition of papal power and the last is that John Paul II died and Benedict has not. That Benedict is still alive is, well, keeping the interest in the process, alive.

I think that those, such as yourself, who are so very focused on this transition will, by default, see more of the news stories, leading them to think that 1) there is more of this going on now than before and 2) that it amounts to a mini-persecution.

Personally, I agree with George Weigel that the decision to put a gag order on the Cardinals is a whopping mistake. This will only make the press focus more intently on whatever stories they can find AND it opens the door to even more wild speculation. It makes it SEEM as if there is something to hide.

The Cardinals are Big Boys, most of them are media savvy, and they don't deserve to be put on a leash. Unless there person holding the other end of the leash has an agenda, but that could never happen in the Church.....

It is just the weird, effed up situation we find ourselves in, this screwy post-"Enlightenment" load of crap that, while having some good to it, for the most part has simply transferred the evils of mass bloodthirsty, warring civilization into mass abortive, contraceptive civilization. As a whole number we slaughter more of our citizens now than ever before, to be sure. And also probably--almost certainly--as a percentage.

Everywhere around us in these USA we are surrounded by death. We act like we are afraid of death but we suction and rip apart our children all the time, their sinwey little remains littering biological "waste" bins in womens' "health" centers.

We might say this or that, abortion or poverty, disease or hunger, is the problem. But when it really comes down to it, the problem is a self-mutilated culture and a lack of faith. Western culture has, for the most part, imploded, and I'm afraid the Church hasn't done a very good job of trying to stop that. Masses and prayer and belief instil in us faith, but faith demands action.

Where is the action? I see it on blogs like yours, Father, and the blogs of others. I see it at Crisis Pregnancy Centers, where people counsel women where the number who are emotionally unstable is usually equal or greater than the number who just don't care. I see it in organizations like Opus Dei, FSSP. I see it when I read the anonymous cleric online serving in his ministry in a hostile diocese (although these are shrinking in number).

I see it in Evangelical Protestant communities, most of which haven't reached the Critical Mass of Disillusionment and Giving In yet. I see it in most communities of Hasidic Jews. I see a slight remnant of it in Mainline Protty groups.

But where will you not find it? In the world. In the culture. In society at large. No longer is ours One Nation Under God. Pfft. Our military has been turned into an increasingly hostile place to live and work, and not for mission-related reasons, and I have first-hand experience here. Our country is basically already financially ruined, I don't care how great the stock markets are doing in the past few days.

Our culture is dead, completely, utterly dead on a macro level. Therefore, it is up to the remnant to replace it with something better. If the Constitution really does allow a woman to vivisect her unborn child--and I'm not yet convinced it does--then it is a piece of trash as it is and needs to either be amended or burned and quickly forgotten.

Amen Father.
No need to add fuel to the fire of the lame-stream media.

I agree with you, Fr. McDonald, about them demanding the Cardinals stay silent! I guess you taught me well!
As far as small or large churches - I am still a fairly new convert and I live in a dream world assuming most everyone who is at Mass feels just as strongly as I do about our Catholic Church...and our Catholic faith!

I know I will find out differently as time passes. :(

But, I choose to stay in my world dedicated to Christ and His Holy Church and all of the traditional teachings. I am so thankful to have such a great Priest who leads his flock as the Lord would want you to do in maintaining tradition and being honest and straightforward while maintaining a kind heart...and without secular influence.

I wish I could be at St. Joseph every day - which I could if I did not have days of serious pain and sickness recently due to illness. But, you also taught me to "Offer it up"! And, I do! What a Blessing!
Our involvement will increase even more now that we should soon have more time on our hands.

Thanks be to God for our Godly Priests to lead and guide us into righteousness!

I am enjoying catching up on your blog as this is the first time I have been online in so many months.

As for the Cardinals...let them speak! I know I wait for EWTN to tell us something new or some possible names...anything! :)
Betsy B.K.

I disagree on this one, catering to the media is always...that's always...bad.