I'VE SAID IT BEFORE AND I'LL SAY IT AGAIN, THE CATHOLIC CHURCH MUST USE THE CORRECT HERMENEUTIC TO TEACH OUR SEXUAL ETHICS

Please note that I have had a few comments about the manner in which some go after people commenting on this blog rather than addressing issues in a charitable way. Please do not attack persons or comments, but feel free to critique comments in light of Catholic faith and resist critiquing commenters.

Is this openness better 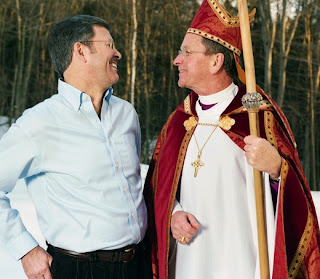 Than this closeted approach? 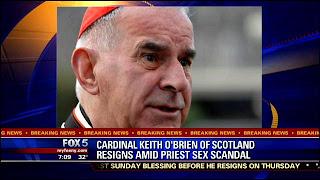 Mercer University, a Baptist University, but quite liberal, held a "common ground" panel discussion on homosexuality. Our own Father Dawid Kwiatkowski was the Catholic representative. There was the Baptist chaplain of the school, very liberal, a Protestant Evangelical, very conservative, a homosexual Episcopal deacon at one local Episcopal Church in a publicly known "partnership" with an Episcopal priest at another local Episcopal Church, so the deacon was liberal to say the least! The Episcopal bishop of Atlanta is fully aware of the arrangement and approves as do the two local Episcopal congregations. Although the priest told me that his congregation had one member who asked if there would be public displays of affection as that might be more controversial, but other than that, she was good with the two of them partnering.

So, this is where we are in our culture and in a rather sleepy, conservative southern town comprised predominantly of Southern Baptists and other fundamentalist protestants.

To say that there has been a major shift towards tolerance of homosexual behavior even between Protestant ministers, is an understatement.

From what I understand, Fr. Dawid did a wonderful job of upholding the Catholic Church's teaching on human sexuality and that we are defined more by who we are rather than our genitalia and the desires of the flesh. He did so in a kind non vitriolic way.

Of course he had to answer one of the questions about why the Catholic Church is so hateful to homosexuals and the transgendered community.

Certainly we must recognize that with most of secular culture at one time, Catholics were and are obnoxious in their disdain for the sins of homosexuals but seem to turn a blind eye towards the sins of heterosexuals who can also have unnatural sex.

Our Church has always taught the old adage to love the sinner but not the sin. I think that is quite healthy.

What so many are asking us to do and what the Episcopal Church has fallen victim is that godless secularism with a veneer of Christianity wants us to love the sin and the sinner and elevate both to sainthood.

So the question is how to hand on our Church's teaching on sexuality based upon Scripture, Tradition and Natural Law which always redounds to chastity before marriage and chastity within marriage (fidelity) which both are meant to be a sign of our fidelity to God. Is it hateful to tell the people the truth and the possibility of damnation or is it loving to teach the truth and lead them to Christ and eternal life in heaven rather than in hell. Should the Catholic Church give way to the theology of love as "enablement?"

Can we promote the Church's teaching and still have a pastoral approach to those who struggle to live chastely, either homosexual or heterosexual or do we give them license to disregard God's law out of an "enablement" view of love?

Of course, there are many married persons who are closeted when it comes to having lovers on the side. Would it be better to okay multiple partners in marriage and have clergy model that too? 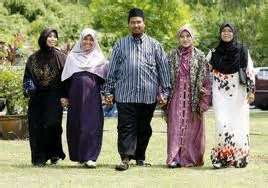 I try to adhere to Cardinal Weurl's understanding of the Church and her teachings when he says: "You have to. Our job is to bring people to Christ, to hold them as close to the church as we can. That means working with people who are making their way, hopefully in the same direction. That’s a great challenge today, but it’s always been the challenge. We have to work with people. In the pulpit we’re supposed to present the teaching with all of its unvarnished clarity, but when you step out of the pulpit you have to meet people where they are and try to walk with them."
Posted by Fr. Allan J. McDonald at Tuesday, March 05, 2013

I spoke about something similar on my blog this morning....

A Traditional Catholic In Iowa

Understanding this issue is important today.

Fr, your statement, "Certainly we must recognize that with most of secular culture at one time, Catholics were and are obnoxious in their disdain for the sins of homosexuals but seem to turn a blind eye towards the sins of heterosexuals who can also have unnatural sex," makes me cringe a little. This allows for the argument to put the Church on the defensive. The Church's position that homosexuality is disordered is the correct one even from the most secular view point. Wonder what attracted so many homosexuals to the ministry? Except to reach positions of power and change policy when they cannot change nature. It is through Church teaching and the influence of the Holy Spirit that we are able to reason through persecution of homosexuals to respecting their humanity while still understanding they are disordered. Knowing that it is a disorder does not make it OK. Segregation of sexual disorders and acts is useful in treatment, perhaps. But it leads to foolish decisions when we make allowances for their relative 'badness' for we have then established they some are relatively 'good'.

The real root of the problem is that homosexuals, as do most sex addicts, want to merge love with sex, and sex with personal gratification. This totally dehumanises the other person and rejects our sapient nature and ability to understand ourselves. It only makes us beasts, again.

"Of course, there are many married persons who are closeted when it comes to having lovers on the side. Would it be better to okay multiple partners in marriage and have clergy model that too?"

That's a good point for a couple reasons. One, we don't condemn homosexuality only, as though it's the special thing we pick on, and two, if you permit one thing, who knows what else you'll permit!

We cannot equate homosexuality with heterosexual behavior by lumping them both together as "sin." Homosexuality is abnormal, an anomaly and threatens the very foundations of our culture. Heterosexual misconduct is a sin and has its own problems, but it is based upon normal gender identity and normal physical behavior. Once again, you'd think homosexuals were ninety percent of the population given the ridiculous amount of attention they get. Like many other things, they are being used by the egalitarian media and government as a way to destroy middle-class values and usher in a globalist, socialist society and government.

Yes, but hetersexuals even in marriage that is sacramental can commit the sin of sodomy and often do! Any orgasm outside of the vagina and any where else (on purpose) is considered unnatural by the Church. Please correct me if I am wrong.

Of course, you are correct, Fr. But, still, the fundamental difference in orientation remains.

But one's orientation, even if disordered, is not the sin, it is the behavior and all the more sinful for heterosexuals who have recourse to marriage and natural sex.

Scripture calls it an abomination. It is not clear whether it means the orientation or the act. This business of separating the behavior from the person is a modern concept which does not accurately reflect the Biblical understanding of sin.

Yes, but it does fit the Catholic understanding of sin:

1. Serious Matter
2. The one doing it knows it is morally wrong
3. The one committing the sin does so with full consent of the will

An orientation cannot be classified as sin, except under the disorders associate with Original Sin, of which the person is not culpable, unless one has recourse to some kind of therapy, prayers, spirituality, psychology, to overcome the orientation or make is more possible to live a chaste life.

It has been a very busy couple of days and I am only now able to catch up on Blog matters. For some reason I did not know about this event at Mercer. I would certainly have tried to attend. I know, like, and respect all of the panelists.

I have to ask Father McDonald what is particularly “liberal” about seeking “common ground” between “conservatives” (represented by two of the panelists) and “liberals” (represented by the other two panelists). Whatever else may or may not be “liberal” about Mercer, I am curious to know why_this_ particular inclination (to seek common ground) is “liberal” (if that is, in fact, an implication of characterizing Mercer as “quite liberal”). I attended another “common ground” event, on abortion, last year. It did not strike me as particularly “liberal” to try to find ways to which both liberals and conservatives could subscribe, to avoid an unwanted pregnancy through legitimate means on the one hand and/or to transform an unwanted or potentially unwanted pregnancy into a wanted one on the other.

I would be interested to know what “common ground,” if any, was identified in this recent panel on homosexuality. BTW was it on “homosexuality” in general or same sex marriage in particular?

BTW also, I appreciate the compassionate pastoral approach that you describe in this post, Father.

Father - In saying "Any orgasm outside of the vagina and any where else (on purpose) is considered unnatural by the Church," are you, in principle, equating unnatural with sinful?

Participating in any unnatural act on purpose is a very serious disordered matter, if the person has been taught it is a sin and then does it with full consent of the will, yes it is a sin in that context.
Now I would contend that just as there are differing degrees of sinfulness and evil, so too with unnatural acts, such as artificial birth control which changes the nature of sexuality and thus makes it unnatural in the sense that the pro-creative aspect of natural sex is eliminated by a mechanical or artificial means.

In the larger context, including but not limited to sexual acts -is any "unnatural" act always sinful.

I guess I am asking you to define "unnatural" here.