MEET THE NEXT POPE! 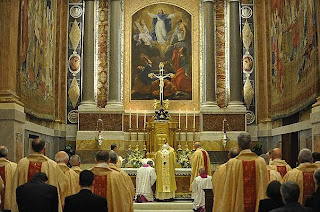 Nothing clairvoyant, but I think the next pope is on John Allen's list from The National Chismatic Reporter, press here to read all about the various papabile!

If I were a betting man, I would place my bet with Cardinal Angelo Scola, yes, remember you read it here first! 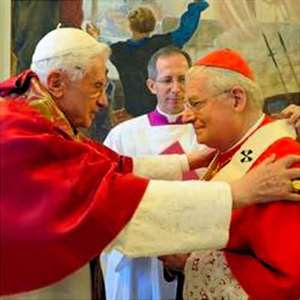 BUZZZZZZZZZZ! Sorry, wrong answer. The correct answer is "the next pope will be either Cardinal Ranjith or Cardinal Bagnasco.... possibly Cardinal Piacenza."

Thank you for playing, and we leave you with a consolation prize-- a years supply of Turtle Wax (if you don't have a turtle, you may exchange it for bowling ball wax).

Here's a post of mine on this blog from one year ago!!!! It took e forever to ind this, but I remember making this prediction.

The next pope will certainly not be an American. However, I truly would love to see what Raymond Cardinal Burke would make of the Papacy!

I don't have a proven record of clairvoyance like Fr. McDonald does, but (if there is a conclave in the next five years) I predict the next Pope will be an Italian named Angelo Cardinal Scola, the current Archbishop of Milan.

Despite the speculation, I pray Pope Benedict will have many years and will be a greater and bolder force for Christian Unity and liturgical correctness in the coming years.

LLovera or Bagnasco..There is rumor that Schola is ill.

I predict the next pope will be....someone who is currently a cardinal. Remember, you heard it here first! ;)

I predict that the next pope will be Bernard Fellay.

Upon accepting his election by telephone, one half of the Cardinal Electors will spontaneously combust.

Some have suggested that Pope Benedict will reclaim his papacy but this time with the SSXP!

He wouldn't be the first Pope named Benedict to be Pope multiple times...