REPACING SELF WITH GOD, POPE FRANCIS WARNS, IS ROOT OF ALL DISORDER IN OUR RELATIONSHIP WITH GOD, EACH OTHER AND EARTH--WHAT ORIGINAL AND ACTUAL SIN IS! 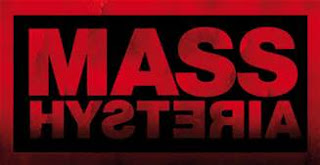 The hysterical orthodox Catholics out there, some of whom comment on my blog, who actually think Pope Francis is going to go against His Holiness ecological theology where His Holiness sees everything as interconnected/interrelated and that the root of the the ecological disaster resides with man thinking he is god seem not to know Pope Francis or even Jesus Christ and thus seem to be more heterodox than orthodox.

In Laudato Si, Pope Francis reminds us that in the Book of Genesis, we are taught "that human life is grounded in three fundamental and closely intertwined relationships, with God, with our neighbor and with the earth itself. According to the Bible, these three vital relationships have been broken, both outwardly and within us. This rupture is sin. The harmony between the Creator, humanity and creation was disrupted by our presuming to take the place of God and refusing to acknowledge our creaturely limitations...As a result, the original harmonious relationship between God, human beings and nature became conflictual."

"I remember when Saint John Paul II said: “Error and evil must always be condemned and opposed; but the man who falls or who errs must be understood and loved… we must love our time and help the man of our time” (John Paul II, Address to the Members of Italian Catholic Action, 30 December 1978). The Church must search out these persons, welcome and accompany them, for a Church with closed doors betrays herself and her mission, and, instead of being a bridge, becomes a roadblock: “For he who sanctifies and those who are sanctified have all one origin. That is why he is not ashamed to call them brethren” (Heb 2:11)."

So to those who say that Pope Francis will continue the rupture in the ecology of truth that is of God and then set himself up as God by okaying same-sex marriage, Holy Communion for those in second unions while their first valid sacramental marriage still exists are deluded and aren't reading what the pope says about acting as God.

Having prayed and read more from Pope Francis, I want to return to that earlier, child-like trust in the Vicar of Christ. But the effect of scandal and bewilderment is such that for my own conscience's sake I need to proceed with caution.

How am I to understand Pope Francis' goals when the means are so vague including his inclusion and support of the Kasperite faction in the synod selection process? Is this a matter of him intentionally dissembling so as to embolden all factions in the Church to remove their camouflage and make a stand where all can see them for what they really believe? If so, then it's a brilliant, inspired move. But we won't know until the final act.

Understand that we have all be scandalized by priests, bishops, cardinals, and other prominent Catholic laity who said one thing and did another. We've all gone through the ups and downs of betrayal and shock when some utterly devastating bit of biographical detail leaks out about people we otherwise were disposed to 'trust'.

So it's a real effort, a real 'act of faith' to suspend one's defense-mechanism and just "let go" and trust that the Lord is guiding the Pope and that despite every sign of the contrary, the synod will produce "pastoral" practices that strengthen and better explain our doctrine rather than undermine it and make it de-facto irrelevant.

I want to believe that the synod will result in the Pope showing us how the 'God of surprises" can heal post-Christian cultures not by giving in to such cultures but by powerfully healing them and restoring them to the worship and allegiance to Christ. That far from making annulments more common, it'll result in fewer and fewer...that far from making sodomy more common, it'll result in more people embracing chastity and an integral formation in human maturity. That indeed would be "a surprise". If the whole world expects one outcome from the synod (a liberalization of pastoral norms that secularizes Catholic praxis) what a surprise it would be if the Pope instead came out with a full throated and beautiful explanation as to how Christ alone, via the age-less Catholic doctrine of marriage and sexuality, can lead individuals and peoples to joy and not sadness.

So I want to believe. Help me with reasons to trust!

When our Blessed Lord met with sinners, he told them to sin no more. Our Lord's merciful forgiveness is conditioned on the sinner's repentance. He does not redeem those who continue to live in sin -- those people go to hell due to their failure to repent.

Given the current state of affairs, it is more likely that those bishops (even the ones wearing white) will bear the punishment due to these unrepentant sinners since they repeatedly fail to tell those sinners with whom they meet that they are in need of repentance.

It is certainly true that pride is the cause of original and actual sin -- pride that seeks to replace God with oneself. Speaking on the sin of pride, our Lord, in the Gospel read just last Tuesday on the Feast of the Dedication of St. Michael the Archangel said, "But whoever causes one of these little ones who believe in Me to sin, it were better for him to have a great millstone hung around his neck, and to be drowned in the depths of the sea. Woe to the world because of scandals! For it must needs be that scandals come, but woe to the man through whom scandal does come!"

As one of the priests at my parish said during his sermon, "If I were allowed to tell the bishops at the synod only one thing, I would read them this Gospel."

I know of the hysteria out there. Just read an article by someone who is very pessimistic about the outcome of the synod.

I will bet my biretta that solutions will be found to pastorally reach out to gays, such as Courage and to divorced and remarried Catholics whose annulments can't be had but are living in a sexless marriage.

In fact, this is what we have already. Nothing new here to see so move on.

Of course, you have no biretta to bet, so that's a worthless bet.

The way to pastorally reach out to gays is, as you say, already existent. And, as you say, there is an existent pastoral methodology for dealing with the divorced and "remarried." There is no need to call a synod of bishops to address these issues since there is already a pastoral practice in existence that is based on the doctrine.

The stated purpose of the synod is to find pastoral solutions that are not delimited by the doctrine. That is why the pope has allowed the Kasper proposal to be floated publicly without condemning it as the heresy that it is. To not condemn this clearly heretical proposition is to support it -- or, at the very least, to open up the entire world to confusion, which is precisely what we are seeing. There needn't be an adverse outcome at this point because the scandal is in the process itself.

There is a reason that the people need to be prepared for the possible outcomes of this synod since one of those outcomes could involve the pope's deposing himself and entering into schism with the Catholic Church. May God forbid it, but that is the worst that could happen, and it is a legitimate possibility however sad it is to even write it. People need to be educated about that possibility so that they are not confused into thinking that if the pope does so they must follow him into heresy and schism.

But Marc, Marc, Marc, what we do in the pastoral area here in the USA is not the case in many places where dioceses don't even have staff for annulments, no tribunals.

Italy is a case in point. My relatives there complain bitterly about the pastoral sensitivities of their Italian priests. When I told them what we do in the USA, they were astounded.

Many places have such a taboo on even talking about homosexuality that even the idea of Courage as conservative and orthodox as it is, is repugnant to them.

But Father, Father, Father, there is no indication that the synod is discussing the things that you are talking about here. There has been no indication that the synod is trying to come up with ways to extend the ideas of Courage to dioceses in other parts of the world. And, with regard to annulments, the pope already dealt with that issue through his recent motu proprios (whatever one's opinion on those, there is no question that he has taken the annulment issue away from the synod).

Given those facts, coupled with the prelates that he has appointed to run this synod, to issue its final documents, and the changes made to the procedural rules for this synod after the last synod, do you begin to understand that people are concerned and, perhaps, justifiably so? After all, the recent memory of the Church is not replete with examples of groups of bishops meeting with positive results for orthodoxy.

Speaking of Courage, awhile back you mentioned interest in opening up a chapter in Macon (as well as 'encourage' - the support group for family members of people struggling with SSA). Has there been any motion on that front? I get that it must be kept under wraps to protect the anonymity of people with these issues, but knowing that there exists a support network would help a lot!