DO WE NEED MORE DAZED AND CONFUSED CLERGY AND LAITY? WHY OR WHY ARE WE GOING BACKWARDS TO THE 1970'S WHEN POPE FRANCIS WANTS US TO GO FORWARD OR SO HE SAYS? DISCOMFORT ABOUT THE SYNOD ON BISHOPS AND POPE FRANCIS FROM THE EXPERT ON CHURCH POLITICS, JOHN ALLEN

John Allen's observation: It could be that the synod produces heartache and acrimony, with bishops walking away unsatisfied and Catholics at the grassroots left dazed and confused.

OUR LADY OF THE HOLY ROSARY, PRAY FOR US! 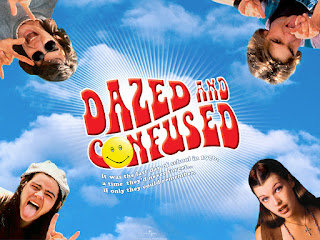 ROME — In the abstract, Pope Francis might have reason to be a bit nervous that his much-ballyhooed Synod of Bishops on the family, an Oct. 4-25 summit he’s been touting as a potentially defining moment of his papacy for almost two years, might be about to run off the rails.

We’ve already had confirmation, for instance, that a clash among the bishops over the hot-button question of allowing divorced and civilly remarried Catholics to return to Communion is far from resolved.

On day one, Hungarian Cardinal Péter Erdő basically tried to bury the issue. Yet on day two, Italian Archbishop Claudio Maria Celli used a Vatican news conference to say that it remains “completely open,” and pointedly asked that if all the bishops were going to do was to echo Erdő’s line, then “what are we doing here?”

Similarly, there was enough blowback against changes to the synod process on the opening day that Francis felt compelled to take the microphone to insist that he’d personally approved the new rules, which critics feel are designed to limit the information flow and stack the deck in favor of desired outcomes.

Much like the last edition of the synod in 2014, there’s also a risk that expectations are being created that might not be realized. On Tuesday, for example, a Vatican spokesman said some participants have called for rejecting “exclusionary language” on homosexuality.

“These are our children, our family members,” said the Rev. Thomas Rosica, summarizing points made inside the synod. “They aren’t outsiders, but our own flesh and blood. How do we speak about them [positively] and offer a hand of welcome?”

It remains to be seen, however, if a majority of bishops are on board.

As Archbishop Paul-André Durocher of Gatineau, Quebec, put it on Tuesday, for every prelate seeking to overcome a “growing gulf” between Church teaching and the realities of family life by meeting the world halfway, there’s another worried about not being swallowed up by it. For them, the challenge isn’t rephrasing doctrine so much as reinforcing it.

Francis is no naïf, so the question has to be asked: Knowing how easy it would be for things to go wrong, why would he put his credibility on the line by allowing a potentially rancorous summit to play out this way?

Part of the answer may be that Francis is in a position to ride out whatever storms may come because he’s insulated by his own narrative.

That narrative, of course, is that Francis is the “People’s Pope,” a humble, simple reformer trying to steer Catholicism toward greater compassion and mercy. It’s made him a moral hero outside the bounds of the Church, as well as something of a “Teflon” figure to whom no criticism ever seems to stick for very long.

Recent days have brought confirmation of the point by inviting a comparison with his predecessor, Pope Benedict XVI.

At different moments in their respective papacies, each has faced criticism for a move with regard to a previously little-known bishop. The controversies involved two chronic sources of anguish for the Catholic Church — its record on anti-Semitism and the Holocaust in the case of Benedict, and its reaction to the clergy sexual abuse scandals for Francis.

In 2009, Benedict lifted the excommunications of four traditionalist bishops, including one, Richard Williamson, with a history as a Holocaust denier. That decision sparked global outrage and became a front-page story for weeks, deepening impressions of Benedict as out of touch and insensitive to public opinion.

The outcry became so intense that two months later, Benedict released an unprecedented letter to the bishops of the world, apologizing for mishandling the affair and revealing how isolated he was from information anyone could find easily on the Internet.

Flash forward to 2015, when Pope Francis named a new bishop for the diocese of Osorno in Chile who critics believe covered up crimes by his country’s most notorious abuser priest. The appointment triggered protests in Chile and objections from some of the pontiff’s own advisors on anti-abuse efforts, but has had little echo anywhere else.

Francis hasn’t responded with a heartfelt mea culpa like Benedict, but with defiance.
In a five-month-old video, Francis is heard telling an employee of the Chilean bishops’ conference that people criticizing his move are being “led around by the nose by leftists,” and that the country has “lost its head.”

While the substance of the two situations may be very different, the potential for backlash is eerily similar. Just imagine what the reaction would have been had Benedict blamed his own woes on “leftists,” and you’ll understand the difference between the narratives the two pontiffs carry around.

It’s striking that outside the Spanish-speaking media, there’s been relatively little reaction to the Barros affair, certainly nothing like the firestorm Benedict faced six years ago.
What does all this imply for the 2015 Synod of Bishops?

No doubt, Francis would prefer that the summit reach an inspired result on the contentious questions, such as divorce and pastoral approaches to gays and lesbians, and also to generate momentum toward a renewed commitment to supporting families both in their struggles and their triumphs.

Yet it’s entirely possible that’s not how things will end. It could be that the synod produces heartache and acrimony, with bishops walking away unsatisfied and Catholics at the grassroots left dazed and confused.

The experience of the last 18 months, however — reinforced both by the relatively mute reaction to the Barros controversy, and by the perceived success of the pontiff’s outing to the United States — suggests such a scenario might not put much of a dent in Francis’ own political capital.

In terms of broad public opinion, it’s plausible to believe that if the synod is seen as a success, Francis will get the credit. If it’s seen as a shipwreck, the takeaway may be that it’s despite his leadership rather than because of it.

Perhaps this background helps explain why Francis seems to have such a high tolerance level for taking risks, beyond his tangible conviction that the Holy Spirit is calling the Church to greater parrhesia, or boldness, and that God’s capacity for surprise is always greater than “our logic and our math.”

At least in part, it may be because Francis grasps that when he rolls the dice these days, he’s basically playing with house money. If he loses, he’ll still be flush; if he wins, he just might break the bank.

Truly, the Church's future lies only in her past. Christ have mercy!

John Allen is a well informed analyst of the goings on in the Church. I am surprised though that he omits to consider the roles the Holy Spirit and of the evil one have in what the future will say about the Synod, at least not in an up-front manner. He may have those factors in the back of his mind one can not know for sure.

The whole Synod is rather a bipolar affair. Pope francis wants dialogue but at the same time he suppresses it with rigid rules and grabbing the microphone to interfere in the discussion in real-time. Such distrustful behavior must be perceived as insulting to the Synod participants. Clearly, he would like to have it both ways. (The Soviet Politbureau used to function in such manner. His popularity will save Pope Francis, says John. I am thinking, it may before the world that does not look to the Catholic Church for aid for its salvation. However, faithful Catholics will not understand and a de facto schism will have become virtual reality by the end of October 2015. Pray God it may not be so.

So Quebec wants female deacons eh? So that's a camel nose in the tent. This is all really for discussion, right? This is just to air ideas, so the bishops have something to do, to show how smart they are.

What?! The Church is not a casino.

The Church does not belong to Francis or Marx or Kasper or Wuerl or Dolan or Cupich or Daneels etc.

To be frank....who the hell do they think they are. They have no right to change the teachings of the Church. And changing the "practice" IS changing the teaching. What if I said segregation is wrong and evil but black people have to sit in the back of the bus. My words say one thing but my actions say another. It's the same with this whole sacraligeous communion to adulterers and the acceptance of sodomy.

I have said it before and I will say it again. It is not merciful or compassionate to let people who are doing something that will condem them to Hell think that it's ok and God will understand. Who was it that said thou shalt NOT commit adultery. Who destroyed Sodom and Gomorrah because of the gravity of their sins (sodomy). I believe it was God Himself. These bishops have lost the Faith and their minds. They may be winning now but they will all die and stand alone before their maker and be judged. Nothing done in secret will remain hidden. What an honor to suffer for the true Faith in the midst of this evil. I will never submit to any evil that comes out of this synod or may come from the mouth of that pope. I remain faithful to Christ and the Church He founded as He founded it and to the teachings it has always believed.