IF THE VATICAN PRESS OFFICE DENIES IT; PRESUME IT IS TRUE--BOMBSHELL

ANOTHER UPDATE FROM "AS THE VATICAN TURNS": I WONDER WHY FATHER LOMBARDI IS SO HYSTERICAL IN CONFIRMING THAT THE POPE IS IN GOOD HEALTH--SEEMS TO EXACERBATE THE SITUATION, NO? THIS IS WHAT HE SAID:

I am able to confirm that the Pope is in good health.
I reiterate that the publication of this false information is a grave act of irresponsibility, absolutely inexcusable and unconscionable. It would be equally unjustifiable to continue to fuel similarly unfounded information. It is hoped, therefore, that this matter be closed immediately.


UPDATE! UPDATE! UPDATE! I am beginning to wonder if someone at AP read my skepticism about the pope traveling undetected to Pisa for a check-up because now they have updated their story to indicate the doctor took a helicopter to Rome to diagnose the pope and it has some other juicy details and snarky remarks at the end. So at the end of the original post by AP, I post their revised and more detailed story. Be sure to read it! Interesting, very interesting! 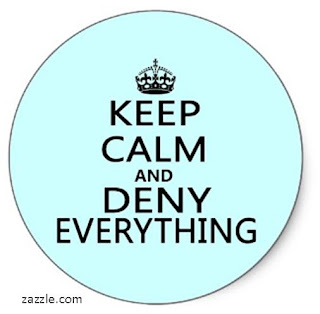 I can't remember where it was, but I do remember reading a comment that Cardinal Dolan made about Pope Francis and it went something like this: "And you know he's not in the best of health..."

I think it had to do with the pace of His Holiness trip to the USA and how well Pope Francis did with that crueling trip. However when I heard it I had this clairvoyant feeling of how odd for Cardinal Dolan to say this.

Later, though, I did read somewhere that Pope Francis himself stated that he was "tired" after the trip to the USA. Again I had this clairvoyant feeling that the Holy Father was indicating something more than just being tired.  But who wouldn't be.

Are these just hints at the following truth below denied now by the Vatican, a sure sign it is true? Although I do find it implausible that the Holy Father would travel to Pisa undetected for a check-up by a famous doctor there. One would think the doctor would go to the pope.

As always, I pray for the Holy Father everyday and of course during the Eucharistic Prayer of every Mass. I ask for your prayers as well.


VATICAN CITY (AP) — The Vatican is denying a report in an Italian newspaper that Pope Francis has a small, curable brain tumor.

The Vatican spokesman, the Rev. Federico Lombardi, said the report Wednesday in the National Daily was "unfounded and seriously irresponsible."

"The pope is carrying out as always with his intense activities," Lombardi said in a statement.

Citing unnamed sources, the newspaper said the pope had traveled to the San Rossore di Barbaricina clinic near Pisa in recent months to see a Japanese specialist, Dr. Takanori Fukushima. The newspaper said the doctor determined that the small dark spot on Francis' brain could be cured without surgery.

The newspaper's editor, Andrea Cangini, said it expected Lombardi's denial but stood by its story.


VATICAN CITY (AP) — The Vatican on Wednesday categorically denied a report in an Italian newspaper that Pope Francis has a small, curable brain tumor, saying he is in good health and that his head is "absolutely perfect."

The Vatican spokesman, the Rev. Federico Lombardi, said the report Wednesday in the National Daily was "completely unfounded and seriously irresponsible and not worthy of attention."

Citing unnamed nursing sources, the National Daily said the 78-year-old pope had traveled by helicopter to the San Rossore di Barbaricina clinic near Pisa in recent months to see a Japanese brain cancer specialist, Dr. Takanori Fukishima. The newspaper said the doctor determined that the small dark spot on Francis' brain could be treated without surgery.

Lombardi categorically denied the reports to reporters Wednesday, and said he was doing so after having spoken to the pope himself about them. He said no Japanese doctor had visited the pope, no tests of the type described in the paper had been performed and that no helicopters had landed in the Vatican from the outside.

"I can confirm that the pope is in good health," Lombardi said. "If you were in the piazza this morning you would have seen that as well. And if you go on the trips with him, you know he has a small problem with his legs, but his head is absolutely perfect." (MY COMMENT, ONLY AN ITALIAN COULD PUT IT THIS WAY!)

A view of the entrance of the San Rossore di Barbaricina clinic near Pisa, Italy, Wednesday, Oct. 21 …

The newspaper's editor, Andrea Cangini, said it stood by its story. Subsequent versions of the report said Fukushima had traveled to the Vatican by helicopter and was seen returning to the Pisa clinic in the Vatican's chopper.

The hospital's director didn't respond immediately to a request for comment.

Cangini said the paper had deliberated a long time before publishing the news, which it said it had confirmed months ago.

The publication, however, comes at a delicate time for Francis, in the final days of his hotly contested synod on the family, which has shown a split among conservative and liberal bishops over how to convey the church's teachings on marriage, sex, homosexuality and other issues.

Several conservative bishops and cardinals have complained that the synod, which Francis called, is creating confusion and "anxiety" about the church's teachings.
Posted by Fr. Allan J. McDonald at Wednesday, October 21, 2015

The part about travelling to Pisa makes the story seem vaguely plausible, as the Fukushima Brain Institute probably has specialist equipment that isn't available in Rome.

He has worn himself out destroying the Church. That's hard work.

Additionally the Vatican Press office during the time that Saint John Paul II starting to exhibit signs of Parkinson's disease always denied it and in fact to this day I don't think they ever admitted it. The Vatican has the most rigorous HIPPA laws in the world!

In the case of Cardinal Dolan's remark and then the pope himself saying he was tired, it was an "inkling" and sense, as in sixth sense of something more foreboding and in the case of Dolan who likes to bloviate a discrete way to letting the world know before anyone else does, just a sense I had when I read his remark.

Father what the heck is Gene/Angry Augustine doing back here??? I thought you kicked him off your blog? And I thought things were going to me more peaceful around here.

I knew this discussion was coming -- now that we all have to use our names, we'll see people regularly whining about other people getting to express their opinions... It's so much easier to silence people whose opinions you don't like than it is to either pay them no mind or challenge them with decent argumentation.

Hey, Julian, he did not kick me off. He just said he would stop posting some of my remarks. I left for a while on my own, but now I am back just to upset you. Ain't that a gas. Now, would you like some bread with your whine?

Marc, there is a fine difference between expressing valid, fraternal concern with the utmost caution and Catholic virtue of charity, and outright bashing the Pope and the Church and/or being a radical misrepresenting Traditonalists. These people, and there have been a few on here, and still lingering, bring down the conversation and turn parts of this blog into hate fests. I don't come here for that. If you want that go hang with Munabor, Rorate Caeli, the bones crushed guy, etc.

So when I come here and express that point, yes I am shocked gene is back. I honestly thought that Southern Orders was going to become and remain more civil. So yes, as long as Fr AJM moderates this blog accordingly, and I haven't committed whatever he deems his "red flags" that get you booted, I do have a right as any to express myself on that, and also that Fr becomes aware of such things as he does have a life outside his computer.

Anyways that's my two cents. Let Fr do another post on this matter and since I started this with my comment, I hereby end this and say I have said enough and lets get back on track here.

Well, it took them nearly 3 years, buy they admitted he has leg problems...that explains the no genuflections ;)

Fair enough, Julian. I get where you're coming from. Back on track.

Thanks to, Marc, for seeing my point and being civil. God Bless brother!

Julian, if you can't run with the big dogs, stay on the porch.