CLEAR AND PRESENT DANGER TO THE CATHOLIC CHURCH: WORLDLINESS! 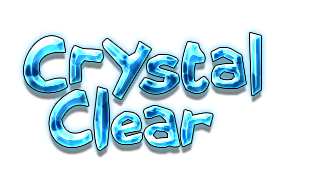 Catholics are required by the faith and morals of the Catholic Church to follow the pope and bishops in union with him in the areas of faith and morals, the Deposit of Faith. The Deposit of Faith is out in the open and available for all. No one, not the pope or the bishops know something that no one else knows that isn't out in the open. If they say they know something not known by all, they are Gnostic.

The following intervention was made by Dr. Anca-Maria Cernea,  President of the Association of Catholic Doctors of Bucharest (Romania), at the Ordinary Synod on the Family on Friday. Not all popes, bishops and priests need to be heard when they veer from the Deposit of Faith or distract the Church was hearing the deposit of Faith in its pristine beauty. This lay woman is stunningly clear in a hierarchy today that has become increasingly opaque! We can only pray that Pope Francis and the bishops of the synod heard this woman and take her words to heart:

Your Holiness, Synod Fathers, Brothers and Sisters, I represent the Association of Catholic Doctors from Bucharest.

I am from the Romanian Greek Catholic Church.

My father was a Christian political leader, who was imprisoned by the communists for 17 years. My parents were engaged to marry, but their wedding took place 17 years later.

My mother waited all those years for my father, although she didn’t even know if he was still alive. They have been heroically faithful to God and to their engagement.

We, as Catholic doctors, defending life and family, can see this is, first of all, a spiritual battle.

Material poverty and consumerism are not the primary cause of the family crisis.

The primary cause of the sexual and cultural revolution is ideological.

Our Lady of Fatima has said that Russia’s errors would spread all over the world.

It was first done under a violent form, classical Marxism, by killing tens of millions.

Now it’s being done mostly by cultural Marxism. There is continuity from Lenin’s sex revolution, through Gramsci and the Frankfurt school, to the current-day gay-rights and gender ideology.

This ideology calls itself progressive. But it is nothing else than the ancient serpent’s offer, for man to take control, to replace God, to arrange salvation here, in this world.

It’s the task of the shepherds to recognize it, and warn the flock against this danger.

“Seek ye therefore first the Kingdom of God, and His justice, and all these things shall be added unto you.”

The Church’s mission is to save souls. Evil, in this world, comes from sin. Not from income disparity or “climate change”.

The solution is: Evangelization. Conversion.

Not an ever increasing government control. Not a world government. These are nowadays the main agents imposing cultural Marxism to our nations, under the form of population control, reproductive health, gay rights, gender education, and so on.

What the world needs nowadays is not limitation of freedom, but real freedom, liberation from sin. Salvation.

Our Church was suppressed by the soviet occupation. But none of our 12 bishops betrayed their communion with the Holy Father. Our Church survived thanks to our bishops’ determination and example in resisting prisons and terror.

Our bishops asked the community not to follow the world. Not to cooperate with the communists.

Now we need Rome to tell the world: “Repent of your sins and turn to God for the Kingdom of Heaven is near”.

Not only us, the Catholic laity, but also many Christian Orthodox are anxiously praying for this Synod. Because, as they say, if the Catholic Church gives in to the spirit of this world, it is going to be very difficult for all the other Christians to resist it.

(My comment: this situates what is happening in the Catholic Church to other Churches, specifically the Eastern Orthodox, and states succinctly the clear and present danger to our Church at this moment in history. It is stunningly clear and it is orthodox with a little "o"!)
Posted by Fr. Allan J. McDonald at Monday, October 19, 2015

The Gospel proclaimed by Christ was so controversial that it got Him killed. The "New Gospel" of accommodation offends no one, and even becomes quite boring once the novelty wears off.

Were Christ to show up today proclaiming this new gospel, would He be crucified and His apostles martyred? Or, would they be embraced by atheists, adulterers and the fruitless sex advocates?

Is it always up to the laity?

Regarding worldliness and stupidity, as with global warming, studies are showing that recycling is a myth and a waste of time and more expensive than sending garbage to a landfill. Landfills require very little room, are filled in and turned into parks, etc, after they are full, and provide jobs and boosts to local economies. But, these things are Leftist religions and so continue to be insisted upon and forced upon everyone else.