TRANSLATIONS OF THE BISHOPS' TEXTS TRICKLING OUT--THIS ONE HAS NO BOMBSHELLS AND IS IN FACT WHAT MOST AMERICAN PRIESTS HAVE BEEN DOING SINCE BEFORE I WAS ORDAINED IN 1980! 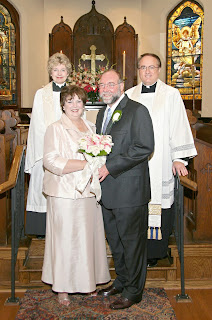 The 2015 Synod of Bishops on the family has wrapped up its work and the bishops have voted on a final document to be given to Pope Francis. In the past three weeks, 270 cardinals, archbishops, and priests from around the world, joined by lay observers, have discussed and debated a host of issues, including letting divorced and civilly remarried couples return to Communion, using less harsh language in reference to gays and lesbians as well as couples living together outside of marriage, preparing couples better for the challenges of married life, and supporting them more during marriage.

Crux is translating the document and will post information about each topic section-by-section, so check back frequently for updates.

Section 84. The first section on the divorced and remarried was adopted by a vote of 187-72.
While not advocating that divorced and civilly remarried Catholics should receive Communion, the bishops nonetheless declared that the Church should figure out whether they can be included in any elements of Church life from which they are now excluded.

They also said that they should be more integrated into the life of the Church and not made to feel that they have been excommunicated — not only for their sake, but for the sake of their children.

“They are baptized, they are brothers and sisters, and the Holy Spirit pours out gifts and charisms on them for the good of all,” the bishops wrote. “….taking care of these people is not a weakness in its own faith and its witness as to the indissolubility of marriage; indeed, the Church expresses its own charity through this care.”

The Church should follow the “complex criterion” set out by Pope Saint John Paul II in understanding the difference between Catholics who tried to save their first marriage but were abandoned, and those who destroyed the marriage “through a grave fault.”

Some Catholics, they pointed out, remarried for the sake of their children. But they should ask themselves how they treated their kids when their marriage started breaking apart, how hard they tried to reconcile, how their second marriage has affected their family, and whether they are truly setting a good example for young couples contemplating marriage.


Section 86. The second section on the divorced and remarried was adopted by a vote of 190 to 64.
How to figure out how divorced/remarried Catholics can participate more fully in the Church? They should have private conversations with their priest, who will help them understand their situation and what steps they can take.
But they must demonstrate humility, discretion, and a love for the Church and its teaching, and be sincerely searching for the will of God, the bishops said.

Gays and lesbians
Section 76. The section on homosexual unions was approved by a vote of 221-37.

The bishops strongly rejected the notion of same-sex marriages, declaring that they are not “even remotely analogous” to straight unions. They also reiterated Church teaching that every person, regardless of sexual orientation, be treated with dignity and respect and not be subjected to “unjust discrimination.”

They said local churches shouldn’t be pressured on the question of same-sex marriage, nor should international aid organizations make the acceptance of gay unions a condition of their financial help to poor nations.
Posted by Fr. Allan J. McDonald at Saturday, October 24, 2015

Is that Reverend Suzie from the Episcopalian church standing by you in the pic?

No. 84 makes sense to me. There are humble people out there in the world who are simply ignorant of Church teaching on marriage and family, and welcoming them into the life of the parish is a good way to ease their conversion.

This seems to basically allow for Communiom for divorced and remarried people so long as they first talk to their priest and discern whether they should do so. Seems like a major change to me.

Yep, them Priests and Bishops gonna' be discerning all over the place...LOL!

There is nothing new about the internal forum. What no one here seems to know is that it does already exist. However, the internal forum is a forum of last resort as it concerns an irregular marriage. The external forum, meaning the annulment procedure must be exhausted first.

Usually, one approaches a priest in the internal forum under the seal of confession. It is usually reserved for cases when the external forum while exhausted is dead in the water because no decision can be made due to lack of testimony, i.e. witnesses are dead or won't cooperate.

The following is where there is a difference of opinion. In confession, the person states they are in an irregular marriage, but it is a good relationship, children are being cared for and there is no scandal (let's say the sacramental marriage that ended in divorce was more that 25 years ago and no one knows this is a second marriage or a marriage not recognized by the Church).

In addtion, the priest may never bless in the Church (which is always external) an irregular marriage where the first valid marriage has not be annulled, even if an internal forum solution is reached with the penitent. IN fact our bishop has told us that if we do bless an irregular marriage, we will be suspended.

That's good information to have, Father. I wish I'd known the whole thing was a lie to begin with -- I could've saved myself and my family a lot of effort and worry.

I wonder what official Church document you would cite as the source of your particular understanding of this use of internal forum conversations. Is your description found in the synod report?