SHOULDN'T CATHOLICS USE POSTIVE LANGUAGE IN DESCRIBING OUR PRO-ACTIVE MINISTRIES? 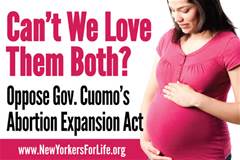 I remember Bishop Lessard correcting me in the 1980's when I used the term anti-abortion in front of him. He said we aren't anti-abortion, we are pro-life or something to that effect. And sure enough, that is the best language for us to use in promoting respect for human life from the moment of conception to natural death. We are pro-life and that is multi-faceted.

So we don't say we are anti-abortion, but pro-life.

We don't say we are anti-gay marriage, but pro-natural marriage.

We don't say we anti-sex, but that we are pro-chastity.

But then I just heard a brief conversation on Catholic Radio where a man from Pax Christi was telling a bit of what his organization does.

He said, "we give anti-racism" workshops. And I wondered to myself if there wasn't a positive way to describe these workshops.

And then it dawned on me that being anti-racist is really being pro-life.

Pax Christi should call their anti-racism workshops pro-life workshops and show the connection between being pro-life from the moment of conception to how being pro-life is about respecting people no matter their race or gender or country of origin.

Be pro-life also means respecting God who we encounter in the laws of nature (natural law) and made explicit in Scripture and Tradition.
Posted by Fr. Allan J. McDonald at Thursday, October 15, 2015

I want somebody to give an anti-PC workshop where people tell ethnic jokes, jokes on men and women, fly Confederate flags, drive diesel engines, eat cake and candy, and make fun of Muslims and illegal immigrants. We need a degree of normalcy around here.

One potential problem with using words and phrases that appear to soften the description is that they are almost necessarily open to multiple interpretations and, therefore, open to abuse by the opposition. The phrase "pro-life" is a good example of this. Nearly everyone would say that they are pro-life. Abortionists contend that they are pro-life -- they simply have a different strategy about how to accomplish the pro-life goal. They might say that they want to eliminate poverty and make life better for the mother and her future, planned children.

I agree with Marc.

Pro-life is a meaningless expression. Since we are all alive, we can hardly be pro-death. The opposite camp in the abortion debate call themselves pro-choice, which is equally meaningless since it doesn't have a rational antithesis. Pro-active is an annoying neologism. I assume it means active on behalf of (pro) a particular cause or agenda. If we want to say abortion is intrinsically evil we must say so; simply to say life is intrinsically good is to dodge the issue.

Jargon and buzz words are dangerous because their meaning can be high jacked. Even 'pro-life' defines a position in a shallow manner. The is an Uncle Dave Macon tune called, 'The Gayest Dude's That's Out'. I bet UDM didn't anticipate the current usage.

Unfortunately, Marc is right. The liberal culture and vocabulary, which none of us can fully avoid or shed, is like poison in tap water. We imbibe it unavoidably as long as we drink water. Vatican 2 documents use many such expressions to please various interest groups demanding acceptance. The practice results in false and muddled headed theology and eventually heretical thinking and practice. Ultimately, results in discontent. The present goings on in the Synod is a perfect illustration of the consequences of nuanced vocabulary.

Yes, most Bishops, many Priests, and spokespersons for the Church strive very passionately to tell you nothing about what they actually believe.

The pro-choice side never seems to mention what "the choice" is...are we choosing between a Ford and a Chevy? Two brands of soda pop? Whether to take Highway 41 or Interstate 75 from Macon to Atlanta? Whether to attend the 9 or 1030 Mass on Sunday at Christ the King here in Atlanta? They also imply that pregnancy is some sort of disease, like the woman had "no choice" in the matter (which outside of rape and incest is false---of course, most women who have abortions are unmarried, another fact the other side never mentions.)

One of the favorites of the liberal media is "anti abortion rights". Golly, a mouthful---basically, you are against the right "to chose" to kill an unborn child. Maybe to be balanced, if they say the pro-life side is "anti-choice", then maybe the pro-choice side should be labeled "anti-life."

By the way, where is Bishop Lessard these days? Been a long time since he retired from the Diocese of Savannah; I think 20 years approaching 21. I suspect he must be something close to age 85 today. I remember having picture taken with him when I was young with rest of family at Hilton Head about 1973 not long after he took Bishop Frey's place as the diocesan (bishop). Bet he was glad to take the Savannah assignment after growing up in frozen North Dakota!!!!

I heard the other day pro-abortion Whoopi Goldberg say she is pro-life too.
She accused her cohost of being 'anti-choice'.

Some choices aren't ours to make.

I think Catholics should use positive language in describing our pro-active ministries because it is a way of stating what we are for: life, chastity, natural marriage.

OK, I am positively sick and tired of PC.