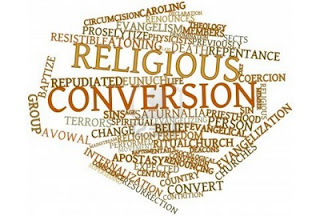 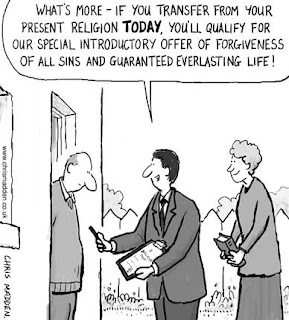 I REPORT WHAT OTHERS REPORT AND YOU DECIDE! HAS CARDINAL MARX HAD A METANOIA, A CHANGE OF HEART, A CONVERSION, A REPENTANCE, A NEW HUMILITY?

This is from the National Chismatic Reporter (NCR):

Synod's purpose to underline protection, importance of marriage and family as an institution, Marx emphasizes

Interviewed on German television the evening of the first day of the synod in Rome, Cardinal Reinhard Marx, the president of the German bishops' conference and member of the Council of Cardinals, made it clear that the problem of whether or not to allow divorced and remarried Catholics to partake of communion would not be the major topic at the synod.

"The synod wants to underline that marriage and the family are part of the basic foundation of our coexistence," Marx said. "They are most important and must be protected. What we must make clear, and the pope has already made clear, that we will stand by people if and when their marriages fail."
Related: Pope tells synod to be open-minded, cardinal says no to divorced and remarried
Asked if he personally would allow divorced and remarried people to receive Communion, Marx said there could be no general solution. "The situations are too different. There are those who are to blame and those who have been deserted, etc. The Gospel teaching is very demanding, moreover, it must be remembered," he said. He agreed with Cardinal Walter Kasper that each case would have to be considered separately and that in certain cases it might be possible to allow a remarried couple to receive Communion, but only after the partners had come to terms with their past.

When asked if he thought the decision whether or not to allow people who have divorced and remarried to receive the Eucharist would be made a matter for local bishops to decide, Marx recalled that the synod bishops had very different views on the subject.
"We must try to remain together," he said. "The Church is the only institution in the world that can reach unanimous agreement. Thank God we have the pope. We bishops do not have to decide. Church unity is not in danger. And once the pope has decided, we will abide by his decision."

Pope Francis had met with an opponent of same-sex marriage but had also embraced homosexual partners on his U.S. visit, which many Catholics found most confusing, his interviewer remarked.

"We must make it clear that we do not only judge people according to their sexual orientation," said Marx. "If a same-sex couple are faithful, care for one another and intend to stay together for life God won't say 'All that doesn't interest me, I'm only interested in your sexual orientation.' That is impossible and it is an issue we must discuss -- but it won't be a main subject at this synod. As I have pointed out, the main subject will be the importance of marriage and the family and how to protect them in today's world."

At a press conference in Rome on the evening of the first day of the synod, Monday, Oct. 5, the German synod delegates described their impressions to date. Reports that the synod bishops were divided and that there was a conservative and a progressive camp had been "staged by the media," Marx told German journalists. There were no "camps" but of course opinion differed, he said. The atmosphere on the first day had been open and he was cautiously optimistic. The bishops had first of all scanned each other in order to size up power relations, but this had soon been followed by a broad discussion, he explained.

Archbishop Heiner Koch of Berlin, who heads the German bishops' conference's commission for marriage and the family, spoke of a "most exciting" first day. "The tensions between the different viewpoints are very obvious," he said.

Bishop Franz-Josef Bode of Osnabrück, who is responsible for pastoral work with young people in the German bishops' conference said he was "delighted that the pope had emphasized how important it was for the bishops to work together."

And Petra and Alois Buch, the German married couple who are attending the synod, also described their first-day impressions at the press conference. "I was impressed by the pope's encouragement to speak freely and not to be afraid to speak out," Petra Buch said. "The burning issue is how the family can function at all in today's circumstances," her husband Aloys Buch said.

The man is a disaster. Leaving people in their sin of sodomy just because they are committed to it with each other is a greater sin on him than on those two men.

God have mercy upon him.

A dumb but serious question: What IS the purpose of the synod, other than gum-flapping, and what would be the point of having one unless they were to contemplate major changes? If the pope simply wanted to re-emphasize and explain current teachings, he could simply write an encyclical saying, "This is why we do it this way, and we're not changing." Am I right?

Synods in the past have been much to do about nothing, only reiterating current teaching. I detect that Pope Francis is hearing loud and clearly from bishop's the great polarization he is creating in the Church, thus these two synods under him may well be worth their weight in gold if Pope Francis becomes more aware of his loose words and gestures as a source of this unprecedented papal polarization tearing at the fabric of unity in the Chirch.

While I largely agree with Fr. McDonald's post, I must point out that a great deal of the polarization in the Church is not of Francis's making, and probably can't be fixed by him. Thus we may be on the eve of an open revolt/break, either by the modernists against orthodoxy, or by the orthodox against the culture of modernism that has invaded the Church. In the end this may not be a bad thing in that the reach of the modernist heresy will stand revealed, but in the short tun it may well result in schism.

I agree and sometimes I wonder if Francis is a Trojan horse exposing the modernism in order to deal with it. Time will tell!