THIS IS INTERESTING AS IT IS FROM VATICAN RADIO--SEEMS TO KIND OF THROW CARDINAL KASPER UNDER THE BUS, BUT MAYBE I'M BEING TOO OPTIMISTIC? 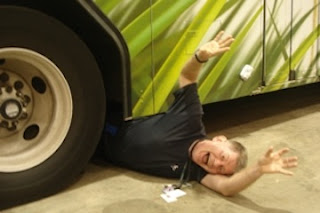 (Vatican Radio) ‘Mission impossible’ was how Fr Federico Lombardi on Thursday described the task of trying to sum up the dozens of daily interventions by participants in the Synod of Bishops on the Family, currently coming to the close of its second week in the Vatican’s Synod Hall.

Friday will mark the final day of presentations on part three of the Synod’s working document, before participants move back into their small groups to decide on final changes they’d like to see reflected in a concluding document on marriage and family life.

“The way of Jesus or the way of Walter Kasper”, was how one disgruntled bishop was overheard describing the divisions at the start of this Synod, painting the retired German cardinal into the role of reluctant cheerleader for the perceived ‘progressive’ wing of the Church.

It was Kasper’s book on mercy that Pope Francis quoted in his first Angelus address, and it was he whom the Pope asked to speak about the challenges facing the family at the very start of the lengthy Synod process. The cardinal’s suggestion of exploring new ways to show mercy and readmit divorced and remarried Catholics to the Eucharist, through a path of penance and reconciliation, alarmed those who saw it as an overturning of doctrine on the indissolubility of marriage.

While Pope Francis explicitly asked bishops not to see this as the only theme of the Synod, the past two weeks of discussions have highlighted this fault line, with many bishops speaking out firmly in favour of defending unchanging truths, while others have pleaded for a more merciful and compassionate approach to those in both second marriages and in same-sex relationships.

But as participants move towards the crucial process of summing up their three weeks’ work, I’m increasingly hearing a desire to overcome that divide, to bridge the gap and to see these apparent extremes as simply two sides of the same coin. Just as Jesus was both teacher and pastor, and John XXIII described the Church in his encylical as both mother and teacher, so today's Church leaders must learn to teach clearly, while offering the unqualified warmth and welcome that a parent shows to his or her child.

Faced with different attitudes and changing legislation on marriage and the family, one Latin American bishop said, the Church can neither shut herself up in a ghetto, nor dilute her beliefs, but rather she must learn to engage with a new attitude of understanding and respect for those who hold very different views. And as one Asian prelate put it, Pope Francis himself has shown the way forward, by teaching through a welcoming presence, a listening heart and a discerning spirit.
Posted by Fr. Allan J. McDonald at Thursday, October 15, 2015

It seems the pope gave yet another sermon today that pits "the law" against "God's love." He persistently insists on setting up this dichotomy. The pessimist in me tells me that this is the continuation of his dialectic that will soon bear bad fruit for the Church. The optimist in me hopes that he is setting up this dichotomy in order to demolish it with the purity of Truth.

"On other matters, Dolan said: He believes a proposal to allow divorced and civilly remarried Catholics to receive Communion is basically off the table, but that other ways to express care for them need to be found."

Was it not Sister Lucia that told Cardinal Caffara that the final battle between Jesus and the reign of Satan would be over marriage and the family? Does the situation at the synod not seem to be playing out perfectly to this prediction?

Yes Father you are being to optimistic.