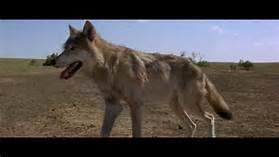 Pope Benedict XVI at the beginning of his papacy said: “Pray for me, that I may not flee for fear of the wolves.” Pope Benedict suffered a "white" martydom at the hands of the liberal press and the progressives in the Church, many of whom are rearing their ugly heads at the synod on the family.

Pope Francis has not had to face the white martyrdom of Pope Benedict as he has received accolades from the liberal press and progressives worldwide. But it appears things are changing. The question is who are the wolves of Pope Francis' papacy? Is it the same crowd disguised now who wish to reorient the Church a la 1970's and the Anglican Communion and fear time is running out:


Vatican Says Rumors About Pope's Health Are Attempt To Undermine Him

After repeatedly denying reports that Pope Francis has a benign brain tumor Wednesday, the Vatican is going a step further, calling the rumor "false information" that's meant to destabilize the papacy. The doctor named in the reports also says they're untrue.

The stringent denials came after the Quotidiano Nazionale and other Italian newspapers reported that in recent months, Francis had been visited by a Japanese doctor to diagnose a tumor.

The reports emerged as Francis, 78, has been attending a large gathering of bishops, where three weeks of meetings have been marked by disagreements over how the Church approaches marriage, sex and homosexuality.

"The suggestion that the tumor report was part of a plot against Pope Francis was put forth by the official Vatican daily L'Osservatore Romano. It wrote, "the timing of the claim reveals there was an intent to manipulate and cause a dust storm of confusion."

And Buenos Aires Archbishop Victor Manuel Fernandez said spreading false information to discredit a person in power is as old as antiquity. It's an attempt to make Francis appear weak, he added, and in need to be replaced.

"Several Vatican analysts say the tumor claim in an Italian right-leaning daily insinuated the pope's mental condition is responsible for alleged chaos in the church."

The doctor named in the Italian reports is Takanori Fukushima, a neurosurgeon who lives in North Carolina and works at the Duke University Medical Center and the Carolina Neuroscience Institute.
"I have never medically examined the pope," Fukushima said in a statement released by Duke last night and relayed by the AP. "These stories are completely false."

As the Raleigh News & Observer reports, Fukushima has met Pope Francis at least twice – once last September and again in January, according to photos and blog entries posted by the brain surgeon. The newspaper says that in those cases, Fukushima visited the Holy See during trips to perform surgeries in Europe.
Posted by Fr. Allan J. McDonald at Thursday, October 22, 2015

My clairvoyance tells me that the brain tumor and timing of it was orchestrated by the left-leaning crowd in the synod to make it look like the orthodox bishops planned it from their Machiavellian recesses. If the orthodox are painted as the wolves and the heterodox progressives desire, then it undermines orthodox and the heterodox win the day. Keep in mind I'm half Italian, burn in Naples and inherited Machiavellian desire to dabble in hidden intrigue!

If most Catholics knew, REALLY KNEW how bad things are in the Vatican, they would probably leave the Church. If most Catholics knew how their dioceses were REALLY run and how "qualified" some of the local leaders who work in these dioceses are, they would flee the barque of Peter. Sadly, they would leave because they don't understand that God can work in His Church even through, even in spite of, the wolves in sheep's clothing.

When Front Line ran their program "Secrets of the Vatican" a year or so ago, it was beyond appalling. Many people reading this have experienced firsthand the indifference and even the hostility of priests and bishops to their needs and pleas. Many of us cannot forget the over-the-top PR campaign the USCCB started in 2002 when the sex abuse scandals were finally revealed to the public. And many of those bishops complicit in the whole mess are still running dioceses. It is extremely discouraging to watch footage of priests in Rome attending gay circuit parties. There have been rumors for years of two competing homosexual "gangs" vying for power in the curia. The money problems at the Vatican bank…the undermining of Pope Benedict…his suspicious resignation…etc.. The point is, where there is smoke, there is fire. It is no accident that we have so many questionable cardinals and archbishops trying to position the Church to compromise with the world, the flesh and the devil. War has been declared upon the Church and it is nearing its climax. Sister Lucia said the last battle of Satan would be an attack on the family. It looks like the old boy has plenty of double-agents working at the Synod.

Keyser: I think it's important to get the timeline correct on the sex abuse issue. It came to light at the latest in the early 90s(1991-92). Since that is the case then we know the issue was being covered up for decades prior. Most of the bishops involved were not traditionalists but appointees of John 23 and Paul 6

Actually, the NCR broke stories on this in the early 1980's perhaps 82 or 83 reporting on the a situation in Lafayette, LA.

If you want to get into the minute details, you are both correct. However, the first strong, sustained, widespread media attention came in 2002, especially after the reports of Fr. Shanley from the Archdiocese of Boston.

I do think where there is smoke there is fire too and, as Fr McDonald said, the Vatican denied reports about the health of St John Paul II The Great even when it became obvious.

Pope Francis is on record himself as saying he has only a short time. He has said this twice personally to the media that his reign is likely to not last beyond 2017. He stated in 2014:


"On a plane trip back from South Korea, he told journalists he believed he only had limited time left to complete his reforms of the Roman Catholic Church.

Asked about how he copes with his popularity, he said: ‘I try to think of my sins, my mistakes, so as not to think that I am some- body important.’

He then added with a smile: ‘Because I know this is going to last a short time, two or three years and then… to the house of the Father.’

According to a Vatican source, the 77-year-old has previously told those close to him that he thought he only had a few years left.

He also revealed that he would consider retiring if he felt he could no longer perform his duties."


There was a further statement from him reported in the Catholic Herald in March:

"According to a translation by Vatican Radio, he said: “I have the feeling that my pontificate will be brief: four or five years; I do not know, even two or three. Two have already passed. It is a somewhat vague sensation. Maybe it’s like the psychology of the gambler who convinces himself he will lose so he won’t be disappointed and if he wins, is happy. I do not know. But I feel that the Lord has placed me here for a short time, and nothing more … But it is a feeling. I always leave the possibility open.”

So, yes, I do think his pontificate will be short and hence the rush to liberalise everything.

That's deliciously Italian! I love it!