POLARIZATION IN THE CHURCH NOT SEEN SINCE THE 1960'S! CARDINAL WUERL DENIGRATES CARDINAL DOLAN AND OTHERS WHO SIGNED A LETTER OF CONCERN TO THE POPE! 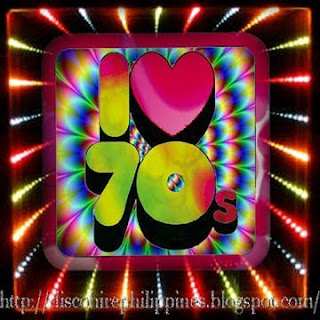 One of the worst names a progressive could call a traditional Catholic in the 1960's and 70's was "pre-Vatican II!" It was similar to the "n" word in usage!

In the 1970's and 80's progressives ruled with rigid progressive ideology (almost what some would say a dogmatic way) and anyone who challenged them would be humiliated and silenced or kicked out of religious orders and seminaries.

I fear we are returning to the past, the worst days of the 1970's and it is being done by what Russ Douthat of the New York Times writes so succinctly in his article I quoted in a previous post:

"Aging progressives are seizing a moment they thought had slipped away, trying to outmaneuver younger conservatives who recently thought they owned the Catholic future. The African bishops are defending the faith of the European past against Germans and Italians weary of their own patrimony. A Jesuit pope is effectively at war with his own Congregation for the Doctrine of the Faith, the erstwhile Inquisition — a situation that would make 16th century heads spin."

This is part of what Cardinal Wuerl of Washington, DC said as  reported by America Magazine on Sunday the 18th. I don't think I've heard one cardinal speak of other cardinals in such a way ever. It shows the schism that is taking place in the hierarchy caused by the most polarizing pope we've had in centuries. You can read the whole article HERE:

Cardinal Donald Wuerl has flatly denied the allegations by some of his fellow cardinals and bishops that the fathers attending the synod are “somehow” being manipulated by the pope and the synod structure that Francis approved. He wonders whether the underlying reason why they are suggesting or saying such things is because “they just don’t like this pope,” and find the church that he is calling for “somewhat threatening.”

He said some of these people “are speaking, sometimes surreptitiously, sometimes half-way implying, then backing off and then twisting around” and in this way they have "tainted" the synod process in the public eye with their groundless allegations of manipulation, and so cast a cloud over its outcome.

Powerful cardinals are at each others throats. To much information for me. Do we really need to know how the sausage is made? I've seen what goes into hot dogs and the way they are made, it ain't pretty! Sausage making a la the 1970's has returned!
Posted by Fr. Allan J. McDonald at Monday, October 19, 2015

I agree with you. If they have disagreements, which we can all assume that they sometimes do, then I'd prefer that they discuss them in private. But I suppose an argument can be made that public dialogue among the cardinals stimulates such dialogue elsewhere.

Dialogue, if dialogue were a good in itself, then you'd have an excellent point. Since the good we are after is Truth, dialogue is an evil in this case where it seeks to undermine the clarity of the truth that was already widely known.

Dialogue is a term thrown around in liberal Protestantism basically meaning you talk and talk until your agenda gets pushed through, i assume it means the same thing in our Holy, Catholic Church. Speaking of cardinals against cardinals, is there not a famous Marian apparition that speaks of this?

The dialogue we need is described clearly in Pope Paul VI's encyclical Ecclesiam Suam. But even in that very letter, the pope said: "...however much men may be committed to the Church, they are deeply affected by the climate of the world. They run the risk of becoming confused, bewildered and alarmed, and this is a state of affairs which strikes at the very roots of the Church. It drives many people to adopt the most outlandish views. They imagine that the Church should abdicate its proper role, and adopt an entirely new and unprecedented mode of existence. Modernism might be cited as an example."

That's a good quote. My problem is this: there is little basis for good dialogue because there are some people for whom words do not have their ordinary meaning or who are not afraid to play fast and loose with language and definitions. The problem with meaningful dialogue in our post-Enlightenment, post-modern milieu is that the people who so badly want dialogue are not willing or are unable to use an objective frame of reference.

It seems like we are experiencing a philosophical Tower of Babel, if that makes sense.

I hate to see this infighting among cardinals. Not that contretemps haven't occurred in previous councils and synods. Prior to the era of modern media most Catholics would not have known about these things except to read about them much after the fact, if they read about them at all. Had this airing of disputes in public occurred during Vatican II, I wonder how things would have played out back then. Perhaps there was a greater ecclesiastical decorum in those days and publicly the cardinals would make sure to put on their best face. Times were different then. We now know that behind the scenes there were things going on.

I think it is all over but the choosing...we wait to see how many factions of the Church there are after this de-construction, then go with which group we believe to embody the true Church. There may be many choices. We may all end up evangelicals. LOL!

Gene, I agree with you exactly. A split already exists -- all that is left is deciding which side of that split we are on.