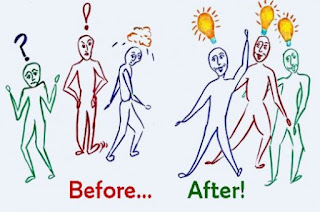 A SPIRIT OF KINDNESS, WELCOME AND DIALOGUE! THE VATICAN ISSUES YET ANOTHER CLARIFICATION ON SOMEONE POPE FRANCIS HAS MET!

Priests and deacons have friends and not all of our friends are good Catholics. Is this a shock to people? In fact some of my friends aren't even Catholic! Does that shock you?

I have been out to supper with those who are homosexual. Is that an endorsement of their lifestyle? Does it indicate that I am in league with them or worse yet? What message do I send when I have friends who are fornicating, adulterating, not going to Mass on Sunday or have renounced the Catholic Faith?

I also have friends who have some racist tendencies and use vulgar language. Who in the south doesn't have these kinds of friends. Does this mean I endorse racism and segregation and the vile language that so many use in our culture today?

And now we have Catholics whose ideological loyalties are firmer than their Catholic loyalties carping against the pope because he meets all kinds of people in the world to include despots and dictators and has gay friends.

We already know who was called "Hitler's Pope" because he is said not to have spoken forcefully enough about the genocide Hitler was committing.

We already know how Pope Benedict was painted as a Nazi youth because he was enrolled in a youth program by the Nazis and I suspect he and his family had Nazi acquaintances and friends.

And so it comes to a sad state of affairs that Pope Francis is accused of endorsing "hate" when he meets with Kim Davis and of endorsing unnatural sex when he has a gay friend who has a gay partner and their relationship with the pope is cordial.


(Vatican Radio)  Father Federico Lombardi, SJ, the head of the Holy See Press Office has released a statement on Pope Francis' meeting with Mr. Yayo Grassi during his visit to Washington, DC.

Please find the full statement below:

Mr. Yayo Grassi, a former Argentine student of Pope Francis, who had already met other times in the past with the Pope, asked to present his mother and several friends to the Pope during the Pope’s stay in Washington, DC. As noted in the past, the Pope, as pastor, has maintained many personal relationships with people in a spirit of kindness, welcome and dialogue.

My final comment and question: We have heard the panicked cries of insecure Catholics on both fringes of Catholicism, the ideological left and right over this pope and who he chooses to meet, and the friends he has.

The vast, vast silent majority of Catholics in the middle more than likely don't give a hoot about who the pope meets or who his friends are.  They simply want to live their Catholic lives in peace, go to Mass and have some sense that God is with them, loving them, forgiving them and giving them peace.

HOW CAN WE SUPPORT GOOD PRACTICING CATHOLICS STUCK IN THE MIDDLE OF ALL THE SHRILL VOICES ON THE RIGHT AND LEFT?
Posted by Fr. Allan J. McDonald at Saturday, October 03, 2015

Father, you may well have dinner with homosexuals and sinners, etc, but you are not the Pope. It was indeed foolhardy of the Pope, particularly at a time when the USA has just legalised same sex marriage, to be seen in a video and now photographs showing him embracing a same sex couple, and not expect that it will be seen and used by the mainstream media as the Pope accepting such a lifestyle.

It is not going to be acceptable to many sections of the Church, including the middle section of people you are talking about here who may well be more scandalised than most because traditionalists fully expect it - liberals welcome it and the middle will no doubt be shocked.

On top of that we now have a Polish priest, a member of the CDF at the Vatican, coming out and saying he is homosexual and loves his partner and that the Church has to change Her teachings.

On the other hand, Cardinal Sarah has recently said that without repentance there is no mercy and I'm sure he for one won't welcome this latest publicity. All the Church's teachings are being undermined.

And to add to my last post, Father, it was but a couple of posts ago you were saying that the Pope had been betrayed by his friends. Well, from that I take it you can well see the problems that are now emerging from videos and photographs of the Pope embracing a gay couple.

One can well remember St John Paul The Great in Managua wagging his finger and publicly reprimanding Liberation Theology Jesuit priest and Sandinista Minister of Culture Ernesto Cardenal. If he had allowed Cardenal to kiss his hand it would have been seen by all the world as if St John Paul II The Great was accepting of liberation theology.

I don't believe for one moment that Pope Francis is a fool ...

Pope Francis was warned by his predecessor about the so called homosexual cabal in the Vatican. So far, I have not seen any action on his part to clean up such a cabal. (Quite to the contrary he has given them a wide berth with his now famous who am I to judge rhetorical musing. The Synod last year featured a very aggressive attempt to the gay agenda also.) Why has he not acted so far? Is he being obstructed, threteaned or what? This must be a very powerful group indeed. The American trip was used by his immediate staff to push the homosexual agenda also as indicated in an earlier comment. Here we see evidence that not all of his staff is complicit in subversion because Kim Davis was invited to meet him by some one.

The most basic teachings of the faith are undermined and corrupted this group. Holy Father it is time to act to clean out the Aegian stables!