PATRICK KENNEDY'S TELL ALL ABOUT HIS FAMILY'S DYSFUNCTIONS WITH ADDICTIONS AND MENTAL ILLNESS; IS IT THE ON-GOING OPRAHFICATION OF AMERICA WITH ITS ENSUING PUBLIC EXHIBITIONISM? 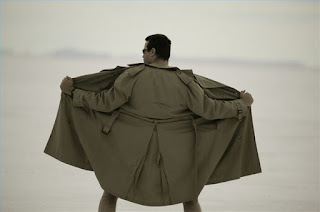 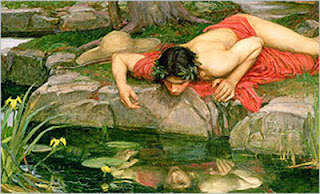 Patrick Kennedy is selling a book and thus is on the book-selling circuit of television's news and entertainment junket.

The bottom line is that his book is a tell-all of his family's dysfunctions with addictions and mental illness. His family isn't happy  about it, whether real or feigned. (Here I am cynical, because by feigning unhappiness, it helps to sell the book!)

BTW, I was brought up to not air one's dirty laundry publicly. We didn't gossip to others about what went on in our family. I happen to think this is positive but it doesn't exclude getting confidential help from professionals. We have more problems today with mental illness and addictions exacerbated by the exhibitionism of so many, to include Patrick Kennedy!

Not speaking publicly about one's family's dysfunctions is thus portrayed by Patrick as a bad, bad thing. Whereas his Phil Donahue/ Oprah Winfrey and a whole host of other tell-all talk show celebrities to include Dr. Phil or Pill, all want America to let it all hang out, to exhibit their dysfunctions and the dysfunctions of their families. Why? Because exhibitionism sells and makes big money for these shows when their rating soar by this kind of exhibitionism.

My question isn't so much that we should keep family mental illness and addictions quiet, I do believe people need to get confidential help and be assured of confidentiality. But beef is doing it in a public forum either to sell a book or to get TV ratings all for the almighty dollar.

At one time exhibitionism was considered a mental issue. Why no longer?

Long before Oprah, we had "The Confessions of St. Augustine."

He details his life of debauchery, lust, gluttony, theft, depression, spiritual turmoil.... and his conversion to Christianity.

All will be revealed.

The exhibitionist acts so as to attract attention to himself/herself, the emphasis is on self (me, my, mine). This is in direct opposition to the teachings of the gospel of Jesus Christ, were all is directed toward God and in doing our Heavenly Father's holy will. Here the emphasis is on God . . . As one chooses to move toward God and to live a life in accord with the teachings of Jesus Christ, one gradually comes out of the darkness and into the light and by the grace and mercy of God, there is a movement from self to God . . . There is hope for those who choose to turn back to God.

Recently, Father McDonald praised Allen Peake, a local Republican for announcing he ventured onto that cheating site, which is a sin.

But Mr. Kennedy is an exhibitionist for what sounds like a frank account of his family's substance-abuse problems, which (in of itself) is not a sin.

If a person has a problem with alcohol or drug abuse, he or she is not as likely to get treatment as long as the problem is kept private. I have a friend who was laid off from his job. He had a very tough time finding a new job...partly because he was embarrassed to tell friends and family that he was unemployed. The practice by priests and bishops to keep things "in house" didn't work very well. Sweeping problems....secrets under the rug often turns out badly. I think Patrick Kennedy's book is probably a good thing. (I have not read it.) I think that transparency, openness and honesty are generally better than secrecy or pretending things are fine when they are not. It seems unlikely that Patrick wrote the book because he needs the money...And in closing...I do not believe that gay people should live in closets.....

Many people get help and don't blab it to the world. And those who do blab are not always helping themselves and others.

If Patrick's mother who is offended by family secretes being shared with the WORLD, she should have been respected.

One can go public with other family members and professionals and have interventions that way, one does not need to blab all to the world and make money in the process!

gob, I don't believe gay people should engage in sodomy in secret or in public as regardless of what 3rd parties know, the act itself is both biologically and morally dangerous.

But all things being equal, hiding a deadly habit is worse than telling someone about it. The only point in telling people about our wounds is so they can help heal them in the 'field hospital' of the Church. Not so they can praise us as brave martyrs who need only more and more of the same addiction to be 'happy'.

Patrick Kennedy's book may encourage hundreds...thousands of addicted people to seek help for their addictions. Writing about it on Facebook...or Southern Orders is a drop in the ocean. (You, Fr. McD. may have your own "family secrets that YOU don't want to "blab to the world".) Many do...(especially mothers, perhaps). And...as I said before...I really do not think the book is about money...He's had that his whole life...

Jusad....you brought up sodomy....not me...Maybe we should keep our sins to ourselves instead of "blabbing them" to "3rd parties"....

Isn't everyone just sick and tired of Kennedy anything? Except for Jack's heroism in WW II, what a sad and disgusting legacy.

Clyde Catholic, on the other hand, has a sterling silver legacy,,,,not a skeleton or a gay person in any closet anywhere.

Gob, that isn't the point. I am not famous nor a faux cultural icon. The fact that my closet rattles when you walk by means nothing. I have a gay cousin, too. He actually works in a men's store. LOL!