FR. JAMES REESE, SJ BELIEVES THAT IT IS JUSTICE FOR THE HETERODOX PROGRESSIVES TO GET EVEN WITH THE ORTHODOX CONSERVATIVES BY MANIPULATING THE SYNOD ON THE FAMILY IN THEIR FAVOR--MORE FROM THE THEATER OF THE ABSURD! 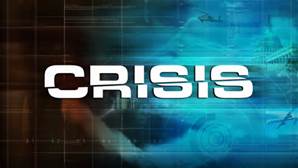 The New Yorker Magazine's article below is how the world perceives the Church as this point in history. What is so damning about all of this is that faithful, orthodox Catholics who love the pope and the Magisterium and have put up with so much do-do since Vatican II to include the inept management of bishops of their priests that led to one of the worst world-wide scandals to hit the Church ever, are now being thrown under the bus to add insult to injury.  Cardinal Timothy Dolan said as much in recent days in defense of traditional Catholic teaching concerning sin and Holy Communion.

Much of the heterodox babble we are hearing at the synod is what helped to escalate the crisis of sexual immorality among clergy and religious to include sexual abuse of teenagers which peaked in 1974 as proven by the John Jay Study of the American crisis.  I fear that we might see yet another escalation of the same crisis with the 1970's ideologies rearing their ugly head once again  but now in 2015 and in Rome itself.

This is the New Yorker Magazine take on the Synod:

The honeymoon for Pope Francis is over—at least in Rome. The first two weeks of the Synod on the Family have been characterized by open rebellion, corridor intrigue, leaked documents, accusations of lack of transparency, and sharp divisions among the bishops and cardinals. In the first real crisis of his papacy, Francis finds himself in the position of enjoying a rare degree of popularity among the public but facing an unusual degree of dissent within an institution generally so respectful of hierarchy.

There was some inkling of this during the Pope’s triumphant visit to the U.S. “If a conclave were to be held today, Francis would be lucky to get ten votes,” a Vatican source told me at the time. “He gets an A-plus on public relations, but an F on all the rest.” This statement was certainly an exaggeration, but it reflected genuine unease within the Roman curia. An obvious sign of trouble came when the papal nuncio in Washington arranged for the pope to meet Kim Davis, the Kentucky state employee who refused to grant (or to delegate others to grant) marriage licenses to gay couples.

The move—by a monsignor who is no stranger to Vatican intrigue and power politics—embarrassed the Pope and scored a couple of points for Church conservatives on the eve of the synod. (my comment, this is reported as fact when in fact I believe that Pope Francis was quite pleased to meet Kim Davis, yet His Holiness has to know how the papal nuncio is being maligned and yet allows it without a public setting of things straight!)

Traditionalists in the Church were alarmed by some of the developments at the first session of the Synod, held last fall. Progressive cardinals and bishops—drawing on the work of the German theologian Walter Kasper—pushed an agenda that included the possibility of allowing divorced Catholics who had remarried to take communion, and a more open attitude toward both homosexuals and couples who lived together without marrying. They reintroduced the concept of “graduality,” so that unmarried, previously divorced, and gay couples, by demonstrating love and fidelity toward one another, could be seen as moving toward the gospel rather than simply “living in sin.” As the German cardinal Reinhard Marx put it, “Take the case of two homosexuals who have been living together for thirty-five years and taking care of each other, even in the last phases of their lives… How can I say that this has no value?”

Pope Francis, while careful not to take sides, seemed to give his blessing to this position when he said that communion was “not a reward for the perfect but medicine for the sick” and mentioned that he had been reading the work of Cardinal Kasper. A preliminary report from the first synod reflected these relatively radical positions, but that language was beaten back in a counterattack by conservative bishops. In the final report, a passage about needing to recognize that homosexuals bring “gifts and qualities” to the church was replaced by bland language about avoiding discrimination against gays. Many tradition-minded bishops and cardinals felt that they had been ambushed by the first draft of the report, as is made clear by a recently published book, “The Rigging of a Vatican Synod?” by Edward Pentin, a journalist for the National Catholic Register, a news agency owned and operated by a conservative Catholic organization based in Denver, Colorado.

This year, the traditionalists, evidently determined to avoid a second ambush, were on the offensive from the beginning of the synod. The Hungarian cardinal Péter Erdő , the synod’s relator general, came out against the concept of graduality on the Synod’s first day. “Between truth and falsehood, between good and bad, there is no graduality,” he said. Erdő also dismissed the idea of recognizing the long-term commitments of gay couples, saying that “there is no basis for comparing or making analogies, even remotely, between homosexual unions and God’s plan for matrimony and the family.” He was equally categorical that the only way for divorced Catholics to receive communion was by practicing strict sexual abstinence, “continence through the strength of grace.”

The French cardinal André Vingt-Trois, speaking at a press conference with Cardinal Erdő, also wanted to rule out the possibility of substantive change. “Anyone who came here expecting a major change in doctrine will go home disappointed,” he said, and added, with surprising sarcasm, “You should not imagine that the Church is going to suddenly adopt the theories that Cardinal Kasper has been elaborating on the banks of the Rhine for some twenty years.”

Erdő and Vingt-Trois’s objections were only the beginning. A few days into the synod, a longtime Italian Vatican reporter, Sandro Magister, published a private letter to the Pope, signed by some thirteen cardinals, harshly criticizing Francis’s handling of the synod. The letter, which was signed by the New York archbishop, Cardinal Timothy Dolan, complained that the working document for the Synod—the Instrumentum Laboris, which was prepared by the Vatican and approved by Francis—could not “adequately serve as a guiding text or the foundation of a final document.” The cardinals objected to the fact that, unlike last year, the members of the synod would not get to vote on each paragraph of the document and would have no voice in choosing the members of the drafting committee who would prepare the final report. The letter saw the synod as “lacking openness and genuine collegiality,” noting that a “number of fathers feel the new process seems designed to facilitate predetermined results on important disputed questions.”

That more than a dozen cardinals would register a protest to the Pope even before the synod began was bad enough, but that someone would leak it to the press suggests a more toxic atmosphere. After the letter was published, Francis openly entered into the conflict, warning against “the hermeneutic of conspiracy,” which he characterized as “sociologically weak and spiritually unhelpful.”

Francis, who until now has seemed rather shrewd in his management of Vatican politics, may have brought this on himself by committing a couple of strategic blunders. He has tried to introduce more democratic governance in an autocratic system without being sure that he had a genuine majority. And he encouraged openness and frank disagreement at the opening of the synod but has tried to hide the growing dissent in the ranks. Synod interventions, or speeches, have been limited to three minutes, and the Vatican has issued only very partial summaries of the proceedings.

At the same time, individual bishops and cardinals have been free to speak with the press, meaning that there has been something of a free-for-all to control the public perception of the proceedings. The official Vatican line is that there is fundamental unity among the bishops, with sincere differences animated only by a common love of the Church. The divisions among “conservatives” and “progressives” are, the Vatican claims, an invention of the secular press. This is patently untrue.

“There are very strong disagreements within the Synod,” the American cardinal Raymond Burke said in a press interview. Burke, who was excluded from this year’s synod after criticizing the Pope quite openly last year, said that he had spoken with a number of bishops who were present. “Given the discussion—I would find it difficult to believe that there wouldn’t be strong disagreement.”

So Francis has allowed Church conservatives, who worked hard to squelch any genuine debate in the past, to play the role of the real democrats of the Church. “Which is kind of ironic,” Thomas Reese, a Jesuit priest, said in an interview on National Public Radio. “They’re saying that it’s being manipulated and pre-programmed when, in point of fact, all of the synods since the Second Vatican Council were manipulated and programmed but by the conservatives.”

The synod is a purely advisory body meant to provide useful input to the Pope. But it is hard to image the Pope issuing a concluding report at radical variance to the views of so many prominent cardinals and bishops. The risk of having held the synod at all is that, after raising the hopes of so many, Francis will be forced to issue a final statement with a lot of vague rhetoric about openness and inclusion but no substantive doctrinal change: an elephant giving birth to a mouse. The alternative would be a document that risks provoking open revolt.

In his first months in power, Francis seemed to adopt a clever strategy of sidestepping thorny doctrinal questions while adopting a language of inclusion. He famously said, of gay Catholics, “Who am I to judge?” but did not endorse any change in doctrine. Still, on the parish level, many gay Catholics reported a more welcoming atmosphere. It is not clear why Francis then felt compelled to call a synod to seek doctrinal clarity on these same issues, inviting the confrontation he had adeptly avoided. Either this has been a big mistake on the Pope’s part or, as some might contend, this is what the Pope had in mind all along. There are those who would say that, when it comes to doctrinal matters, Francis is a closet conservative—and others who would claim that reigniting the cultural wars within the Church was what he meant when he urged his followers to “hacer lío,” make some noise.
Posted by Fr. Allan J. McDonald at Saturday, October 17, 2015

Thomas Reese is an unreconstructed 1970s liberal who spouts largely nonsense. He and his ilk are best ignored.

John Nolan, I couldn't have said it better. They are doubleknit dinosaurs