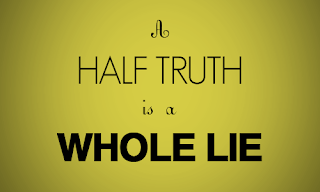 At Praytell, there is a snarky post on what Cardinal Gerhard Müller said about Holy Communion:

“People are suffering because their marriages are broken, not because they cannot go to Communion. For us, the center of the Eucharist is the consecration. Each Christian has the obligation to go to Mass, but not to go to Communion. To concentrate on only one aspect resolves nothing.”

First the blog moderator has the audacity to say that Cardinal Muller doesn't care about people's suffering, which is hogwash as he states why people are suffering.


Then a liturgical theologian commenting on what Cardinal Mueller says, cherry picks the Council of Trent to make his ideological point:

It’s one thing to hear a priest or even a bishop misstate a dogmatic proposition but for the prefect of the Congregation of the Doctrine of the Faith . . . !
Council of Trent, Session 13, October 11, 1551:
. . . quod fuerit a Christo Domino, ut sumatur institutum.
. . . Christ the Lord instituted the Eucharist to be received/consumed.
Denzinger/Hünermann 1643

Only to have another commenter give the full context of Trent:

That’s not quite the entire teaching, is it?


They have taught that some receive it sacramentally only, as sinners; others spiritually only, namely, those who eating in desire the heavenly bread set before them, are by a lively made sensible of its fruit and usefulness; while the third class receives it both sacramentally and spiritually, and these are they who so prove and prepare themselves beforehand that they approach this divine table clothed with the wedding garment.

Only to have the moderator castigate the above comment:

What is your point? How does this relate to the quotation from Trent, cited by Paul Ford, that the Eucharist was instituted to be consumed?
awr

To which the intelligent commenter responds to AWR:

Dear Fr Anthony
Paul is quoting part of a sentence from chapter 5 of the thirteenth session (concerning Eucharistic adoration), I am quoting chapter 8 of the same session, which concerns the reception of communion.
My point is that the passage that Paul quotes is not a definitive demonstration that the Cardinal has erred.

It really rankles you that you are banned from Pray Tell, doesn't it?

It's their silly policies plus their blog is so dog gone boring, especially comments.

Well, I am banned from the Catholic Herald and I don't even know why!!

Forget PrayTell. They have some orthodox commentators on there, but the only reason for its existence was its opposition to the 2011 translation voiced by Fr Ruff who felt he had been unjustly sidelined. Since then he has moved to the left and keeps company with some very dubious people.

I was banned back in 2011 for suggesting that Rita Ferrone was not a world-class theologian and that those who attend the Old Rite are not necessarily homosexual. Ruff and Rita are cut from the same cloth and despite a veneer of scholarship (in Ruff's case this extends to Gregorian Chant, about which he knows a lot) they are equally poisonous.

Here's one of my favorite canons from an Ecumenical Council:

If anyone shall assert it to be possible that sometimes, according to the progress of science, a sense is to be given to doctrines propounded by the Church different from that which the Church has understood and understands; let him be anathema.

Well, there's one canon we know to be erroneous!

"PraySniff" is run by a real snotty guy. That blog is a complete waste of time or effort

Are you five years old?


Synodismo
I wouldn't say that.

George, I don't think evolution is true or compatible with the Church's teaching, but that's not what I had in mind when I posted the canon above.

The discovery of DNA put the nail in the coffin of unguided, random mutations being the driving force behind "evolution". Because DNA is information not gibberish. The Information written on the DNA molecule is highly complex and specific as to what proteins ought to be made, in what order, for what purpose in a given cell. None of that is 'random'. Ergo, an intelligence is required to explain the origin of this information.

Now, the Masonic, atheistic enlightenment DECLARED (but no where proved) that belief in God was anti-science and the only way to get progress in science was to be an atheist. It's actually backward. Judeo-Christian theology grounds the scientific method because only in Judeo-Christian theology do we posit that God is intelligent and hence all of creation is created intelligently and hence is INTELLIGIBLE.... THAT WE CAN IN FACT STUDY AND FIND TRUTH ANYWHERE WE LOOK.

The late great Fr. Stanley Jaki SJ wrote many books on the topic which would be very good reading for anyone interested in the history and philosophy of the subject.

Rita Ferrone was "director of the catechumenate" in NYC in the late 80s under cardinal O'Connor when she had to watch what she said. She has a BA from Fordham and MDiv from Yale and she is hardly a theologian. She blogs and writes short articles, wrote a little book on
Easter but that's it. She's never taught at a university, or written any full length tomes on theology or anything like that. She gives workshops for the Forum on the Catechumenate (RCIA) - her field. She's taken to blogging like a duck to water since it is quick, shallow, and there is no need to respond to challenges. She and Ruff are a nasty pair and get into a snit when challenged. Very immature. They've gotten more and more "liberal" and now, with Francis, they feel free to go completely nutty. Pray Tell (the name of the blog itself is pretty lame brained), could have been an interesting project before it got ideological, agenda-driven and intolerant of differing ideas. It's quite the antithesis of the intellectual discourse that they think they have. It's boring because it involves the repetition of the same jejeune ideas that we've been hearing since 1963. They quote texts out of context and cherry pick sections of papal documents that they like. The whole blog sounds like overfed, overeducated, white, middle class American Catholics who have pretty much taken the Roman Catholic Church for granted.


Evolutionism, which views man as the random product of biological processes is a heresy.
Can a Catholic accept the theory of evolution as a model, as a way to explain how things in the world developed? Yes, as long as He accepts God as the Creator of all.
God set the processes of Existence in motion. Evolution does not present a contradiction for the person of faith.We need not engage in arguments about how the Universe was created or how long that process took. In fact the Universe could not continue to exist if God did not sustain it. Evolution presupposes change and therefore the existence of things and creatures subject to change. Change presupposes existence in a Temporal order where things change because they subsist in space-time where things undergo change. God, who is He who does not change, Who by His by His Divine nature cannot change, exists in the timelessness of the Eternal Heaven. God, however, Who is ever present to His creation, sustains it in existence, and Who imparts order to it, in His Holy Wisdom and Goodness guides these changes to their proper fullfillment.
God gave man an intellect to understand the mechanisms of Creation and whatever transcendant things He chooses to reveal to him. God in His generosity, in the way he created Existence, gave man an inexaustible field of knowledge for the intellect of man to study.