WHY I CALL SOME CATHOLICS WHO CLAIM TO BE ORTHODOX, CONSERVATIVE OR TRADITIONAL WITH THE PREFIX "NEO" 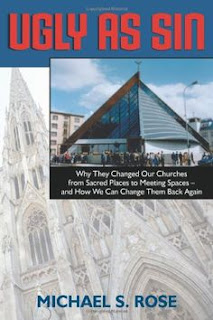 I have to agree with the National Catholic Reporter opinion piece (which is itself hypocritical in this regard, especially how they trashed Pope St. John Paul II and Pope Benedict)  when they call out the hypocrisy of some so-called traditional catholics:

It also bares as pretenders those who previously claimed the high ground of "orthodoxy" as defined, in their world, by unquestioning loyalty to the pope and the magisterium. In fact, their orthodoxy extended only so far as their agreement with prevailing papal tendencies.

Very soon after Pope Francis was elected pope we saw from those who should have and could have known better a vehement disregard for this particular successor of St. Peter. In this, they were mimicking the same thing as ultra-liberals who were opposed to the previous two papacies, but in particular their hatred of Pope Benedict.

I personally think it is a psychological type rather than a theological type that the two extreme camps in the Church share in common be they so-called liberal or conservative, their denigration of persons who hold high office be it political or religious when their views don't match up.

I was taught in the pre-Vatican II Church, mind you, that there have been good Catholics and bad Catholics, good popes and bad popes, good priests and bad priests and so on. But as Catholics we respect the office although we might lament the errors or immoral behavior of those who hold them. This is even true of secular government, that we respect authority, not in a blind fashion but for the sake of peace and justice and the common good.

When I read some of the comments that so-called traditionalists hurl at Pope Francis, and I don't mean legitimate critique but name calling and the like, some of whom comment here and politicize Catholicism according to the current fashion of comments concerning our politicians, I fear for the future of the Church.

If we are going to recover what is good about the Pre-Vatican II Church in continuity with what the Church should be today, we need to recover civility as well as elements of the pre-Vatican II liturgical and devotional life. An EF Mass with Pope Francis haters is as much of a liturgical abuse and sacrilege as an OF Mass with  a clown theme.
Posted by Fr. Allan J. McDonald at Saturday, October 20, 2018

Again, it is all a game played by left-and-right-wingers to advance their respective agendas.

Currently, left-wingers and right-wingers have depicted Pope Francis as a radical, left-wing revolutionary.

"I think one thing that they misunderstand is that he’s the agent of some revolution in the Church, but the successor of St Peter has nothing to do with revolutions. It’s all a caricature.

"It’s meant in a certain way to advance their own agenda, but the Pope is actually not in favor of their agenda. They use this kind of technique to make it seem like he is and that’s fundamentally dishonest."

That sums up left-wingers and right-wingers. They are cafeteria, mutineer Catholics. They accept and reject Church teachings as they please. They demand loyalty to the Pope when he promotes a teaching that they favor.

However, when they don't care for his teachings, they insist upon the right to resist the Vicar of Christ.

NCR said, "It also bares as pretenders those who previously claimed the high ground of "orthodoxy" as defined, in their world, by unquestioning loyalty to the pope and the magisterium. In fact, their orthodoxy extended only so far as their agreement with prevailing papal tendencies."

How disingenuous to say those who claimed the "high ground of orthodoxy" did so because they agreed with the former Popes. Their loyalty was given because those Popes upheld the doctrines of the Church.

This is why I cannot respect the Left. They misrepresent others and twist the truth to suit their argument.

"An EF Mass with Pope Francis haters is as much of a liturgical abuse and sacrilege as an OF Mass with a clown theme."

I suspect equally that I've attended more EF Masses than anyone else here, and that I've never attended an EF Mass with Francis haters.

So the inferred parallel with a clownish OF Mass strikes me as inapposite, if not downright bizarre.

I don't know anybody who hates Pope Francis, but I know a lot of people who hate what he is doing to the Church and the papacy. I include myself in that group, and pray every day that the Lord show him the ramifications of his actions. I honestly believe that if God gave him that grace, he would be horrified by some of the things he is doing, repent, and change his thinking and actions to conform more to Christ.

The height of anti-Pope Francis fervor among "traditional" Catholic bloggers (and "traditionalists" who post to comment boxes) is found among those who've prayed for Pope Francis' sudden death.

I have encountered "traditional" Catholics who've begged God to at least strike Pope Francis with a debilitating stroke.

That is the horrific nonsense that one encounters within the "traditional" Catholic blogosphere.

Not entirely unrelated, I think Fr. Berg of St. Joseph Seminary (Dunwoodie) New York (The Rev. Thomas Berg is professor of moral theology, vice rector and director of admissions at St. Joseph’s Seminary in Yonkers, N.Y. He is the author of “Hurting in the Church: A Way Forward for Wounded Catholics.”) has some solid, practical advice for the formation of priests:

I have to agree with Mark Thomas on this: if you’re praying for the death of your Supreme Pontiff, maybe it’s time to consider another religion.

I am a Traditional Catholic convert. I do not pray for the death of Pope Francis. That is an appalling thought. In fact, I believe the fact that God has not struck him dead is proof of God's immense, unfathomable mercy. I do however pray for his resignation. Although that is unlikely, I continue to pray for it. Bergoglio is a wicked, wicked man. He is doing everything he can to destroy Holy Mother Church. Yes, there have been bad Popes before, but this one takes the cake. Pope Innocent III, ora pro nobis!

One wonders where one signs up to be a "Traditional" Catholic convert?

One wonders if the convert at 8:59 p.m. understands that ALL Catholics are part of a Tradition that stretches back to Jesus Christ and the Apostles.

One further wonders how a "Traditional" convert can, on the one hand, condemn the act of praying for Pope Francis' death - and, convert, it is "Pope Francis," not "Bergolio - yet, trumpet his/her position that Pope Francis is a "wicked, wicked man."

Is this the kind of confusing moral education a "Traditional" convert receives?

Gee anonymous, if a Pope acting like he doesn't care for the Catholic faith doesn't drive converts out, criticism like yours will.

"… a Pope acting like he doesn't care for the Catholic faith..."

"…unlike most RCIA converts, who've never been exposed to traditional Catholic beliefs."

Which means that you are privy to what 'most RCIA converts' have been exposed to, right?

I guess you missed the glowing praise of Fr. Rosica when he wrote: “Pope Francis breaks Catholic traditions whenever he wants because he is ‘free from disordered attachments.’”

No, I did not miss the quote, but I read it with careful attention to detail.

"Pope Francis breaks Catholic traditions whenever he wants because he is 'free from disordered attachments.'"

As much as you want it to be so, "Catholic traditions" is not the same as "Catholic Tradition."

He does not wear a red mozetta and thus breaks a tradition that is not part of Catholic Tradition.

He lives in the Domus Sanctae Marthae and thus breaks a tradition that is not part of Catholic Tradition.

You see, he's not the "wicked, wicked man" you and other want him to be.

You forgot that silly tradition with a small "t" - of genuflecting.

There are a handful of priests in my diocese who do not genuflect due to advanced arthritis.

Are they "wicked, wicked men" too?

A. Go ahead, remain in your denial, but many persons would say that there has not been as devisive a pope for a long, long time.

Many persons would say that Pope Paul VI was kidnapped and replaced with a look-alike, that the earth is the center of our solar system, and that vaccinating children causes autism.