THIS IS INTERESTING! WITH THE RECENT PENNSYLVANIA SIMILAR REPORT IN GERMNAY, DO YOU THINK THE VATICAN IS FINALLY GETTING IT? 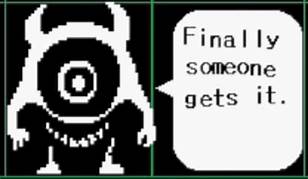 Rorate Caeli is reporting the following:


Rome has effectively fired, that is refused the nihil obstat for another term, the Rector of the German Jesuit theological college of Sankt Georgen in Frankfurt.


Fr Ansgar Wucherpfennig SJ (together with the Dean of Frankfurt, Father Johannes Count von und zu Eltz) had publicly defended homosexual relationships as something "to be valued" and even performed blessings of such couples. The Congregation for Catholic Education in conjunction with the Congregation for the Doctrine of the Faith has now withheld the nihil obstat for his new term as Rector, to which he had been elected by academic committee.

The Bishop of Limburg, Dr Georg Bätzing, the Dean of Frankfurt and the Jesuit provincial all defended Fr Wucherpfennig, calling Rome’s decision unreasonable and "contrary to subsidiarity".
Posted by Fr. Allan J. McDonald at Tuesday, October 09, 2018

Anybody who has listened to Pope Francis' declarations in regard to homosexuality has encountered orthodox teachings.

-- He has condemned the homosexual lobby. He did as part of his "Who am I to judge" comment. Pope Francis said: "So much is written about the gay lobby. This one is not good."

-- He praised Catholics who worked to pass laws that would outlaw homosexual "marriage," as well as the adoption of child to homosexual couples.

One of the things I noticed about this papacy is how orthodox teachings of the Church are greatly toned down, perhaps to make the Church more palatable to "modern man."

But with the above withholding of the nihil obstat, and now today's comparison of abortion to hired killings, a change seems to be taking place to placate the orthodox in the Church who are growing increasingly disappointed and dissatisfied with this papacy.

Cardinal Burke has pointed out that if Francis is guilty of the Vigano accusations, the call for his resignation is valid. The Vatican knows this, and will fight tooth and nail if not surreptitiously to keep the neo-Modernists in control. The latter know that if this pope resigns in that context, their cause will be lost likely forever. Being friends with the orthodox in this fight would be a great asset for them, however.