I LEARNED A NEW WORD TODAY AND IT IS CLICK BAIT! POPE TO CELEBRATE NEW RITE OF MASS AT CLOSING YOUTH SYNOD! WELL YESSSSS! 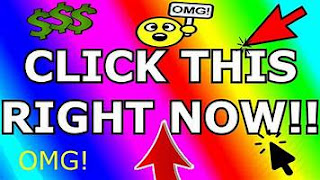 I did not know that what I do sometimes is called clickbait! For example when I wrote the Pope had endorsed Vigano's third testimony. Of course I was speaking of Msgr. Charles Pope of Washington, DC.

Or when I use hyperbole like Bombshell and clairvoyant.

But today, even I who invented click-bait, unbeknownst to me, was taken in by an article at 1Peter5!

Here is the title and if you want the click the bait you can do so. I thought to myself, "self, what in the Holy Name of God and all that is Holy is Pope Francis doing now to create even more flummoxed Catholics throughout the world as though his five year papacy hasn't created havoc already. And as I read the story, my blood pressures was going higher and higher. What kind of youth Mass had His Holiness created. What would it look like? How much different from the Ordinary Form as we have come to know, love and recognize it would it be? Would the prayers at the foot of the altar be restored? Would the 1962's Offertory prayers be used? Would the pope genuflect twice at the elevations and the youth respond with the pope "Lord I am not worthy....thrice?"

Just what kind of "protestant" novelties would be in this newly concocted youth Mass, "ad orientem" as the Episcopalians and Lutherans practiced as well as kneeling for Holy Communion? Or would puppets be used like the dying liberal organizations of relgious women? Just what was Pope Francis going to do. So I clicked and was baited as my blood pressure soared only to find out that I had been had, which of course turned out to be a relief but not after a stroke:

but then I'm sure MT will be in pure rapture, because, FRANCIS did it and v2 and all that jazz

I clicked the bait too! I was about half way through the article when I started figuring out.

I wonder how mere "Novus Ordo priests" feel when "traditional" Catholics inform priests
that they celebrate and promote an "evil, poisonous Mass" that has wrecked (supposedly) the Church?

"PRIESTS: If you still offer the Novus Ordo, it’s time to stop.

"Return your flocks to the objective liturgical tradition of the Church; render to God the worship owed to Him...Start today. We know that you may suffer for this, but the faithful remaining through the growing darkness are prepared to help you.

"And remember: you signed up for the Cross.

"You’re a priest. Your principal task is to render worthy sacrifice unto God. If God’s children go hungry, deprived of that supernatural nourishment granted by a Mass grown organically over centuries of faithful devotion, it will be because you chose to feed them with a modernist construct designed by the faithless.

If the 1Peter5 article is to be believed, then "Novus Ordo priests" have poisoned the Church. They have destroyed the Faith. The day will arrive when then will render an account for the destruction and evil that they've inflicted upon the Church.

Seriously...there is little wonder as to why countless Catholics look upon "traditional" Catholics in negative fashion?

I prefer the TLM over the Novus Ordo.

But when "traditionalists" fail to understand is that tens upon tens of millions of Catholic love, prefer, and are nourished to the hilt via the Ordinary Form of Mass.

The "Novus Ordo" Church is, for example, booming throughout Africa and Asia. "Novus Ordo" seminaries there are packed.

The 1Peter5 article perpetuates the Latin Church's Liturgical War. The article in question is part of the problem...not the solution.

What's misleading about this article--which I recognized as an accurate commentary on the Novus Ordo--is its title.

The Novus Ordo is not a new "rite", since it's not a rite at all. Because it has no established form, differing completely from one time and place and celebrant to another. Thus exhibiting the "heresy of formlessness".

Indeed, the term Novus Ordo ("New Order") is itself a misnomer, since it inevitably results in liturgical chaos rather than order.

I see you have respect for the plain meaning of words, something the left in the Church doesn't. Well said.

I think that most traditionalists think that tens of millions of Catholics have no knowledge of the older mass, and so they perceive the prevalence of the Novus Ordo as a blockage in the way of a great awakening that would take place, if the people were able to experience the old mass. That being the thought, traditionalists perceive that the clergy are aware of the old mass and that their failure to expose their people to the old mass is a deliberate action in keeping this treasure from the people.

The larger point that the article in question is trying to make is to suggest that "preference" is not a meaningful reference in this discussion about liturgy. When assessing liturgy, objective markers are important, while subjective preference is basically meaningless since it will inevitably lead to the formlessness that Henry mentions.

There is a lot to dislike about traditionalists, especially those who have only just discovered this variant of Roman Catholicism since the advent of Francis, but using a clever rhetorical device to prove a point about the state of Catholic liturgics over the last 50 or so years would rank pretty low, in my opinion. The inconsistency in the traditionalist position and the bunker mentality present within the chapels should be more pressing concerns, but I suppose these problems are well known outside the traditionalist enclaves.

The article is a slap in the face to countless Catholics who love and are nourished spiritually by the Ordinary Form of Mass. The article's approach is violent, rather than helpful and pacific.

The reverse of the article would be the awful manner in which liberals present the TLM:

"The TLM is dreadful...reduces the Faithful to silent spectators...separates priests from laymen to the point that laymen are reduced to second-class status. The TLM reflects outdated European court practices. The TLM is incomprehensible to the Faithful."

The extreme wings of the Church, right-wing and left-wing, perpetuate the Liturgical War.

Maybe you should start your own website, Mark, and then you can compete with 1Peter5 and other traditionalist-leaning sites directly. Let the marketplace decide whether more people want to read your opinions or those of the authors on 1P5.

There is a reason(s) as to why the overwhelming amount of Catholics who had grown up with the TLM don't want any part of the TLM.

There is a reason(s) as to why even Archbishop Lefebvre insisted that the time had arrived to introduce vernaculars into the Roman Liturgy.

As Pope Benedict XVI/Cardinal Ratzinger noted, the state of pre-Vatican II Latin Church liturgy was bleak. He said that the Mass had become the private domain of the celebrant.

Most horrific of all, he insisted that the pre-Vatican II Faithful were not in contact with the Mass. He said that they were pleased when the TLM had all but disappeared from view.

As our Popes, Cardinals, and bishops have made clear, the Novus Ordo is here to stay. The TLM is also here to stay.

The Church's two extreme wings, left-wing and right-wing, need to accept that reality.

Each extreme wing of the Church needs to let the other guy live. From there, the Latin Church's Liturgical War will end.

All this wonderful divisiveness makes me think that Francis takes his "make a mess" philosophy to heart. But in fairness to Francis, he did not create all the problems, just made them worse.