THE DAMNABLE TALKING POINT OF PROGRESSIVE CATHOLICS--WHICH MEANS THESE CATHOLICS DON'T GET IT BECAUSE IT COMPROMISES THEIR PREMISES ABOUT CHURCH REFORM! 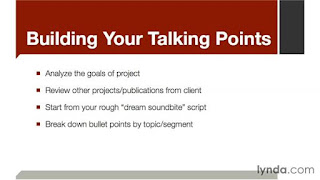 The National Catholic Reporter as well as Cardinal Cupich and others of their mentality don't believe that the scandal disintegrating the Catholic Church has anything to do with homosexuality, its networks in the Church and compromised bishops and priests a part of this network who failed time and time again to address the issues surrounding the sexual abuse of teenage boys in the Church.

I might suggest to these progressives who are using this talking point something that they would appreciate, which is the "sense of the faithful" and that is: NO ONE IS BUYING IT!

This is their talking point which we have heard over and over again, as though repeating it makes it true. This one is from the NCR which has may this talking point in two recent articles in the last two days on line:

"This very grave crisis cannot be confronted and resolved correctly as long as we do not call things by their true names," states Viganò. "It is not an exaggeration to say that homosexuality has become a scourge in the clergy and that it can be annihilated only with spiritual weapons."

Several scientific studies have concluded that there is no link between homosexuality and clergy abuse. The 2011 John Jay Report, for example, cited instead a perversion of power and authority. The study was a deep investigation of the causes and context of clergy sex abuse and was commissioned by the U.S. bishops.
Posted by Fr. Allan J. McDonald at Friday, October 19, 2018

It's quite obvious to me why they take this position - they are apostates, and perhaps many of them are perverts, trying to change the doctrine of the Church to accommodate their pervsion.

When Cardinal George was archbishop of Chicago he did not permit parishes to stock and distribute the National Anti-Catholic Reporter.