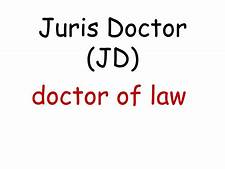 As you will note in this Rorate Caeli article, both the 1917 and 1983 canon laws of the Church are very explicit in terms of what bishops are to do with clergy who abuse minors. But Canon Law for the most part was not followed. Thus we are at the point of the Church burning down around us because of ecclesiastical malpractice.

I can't speak about what happened in the pre-Vatican II Church, but after Vatican II in the 1960's and 70's there developed a great disdain for the law. Yes, we studied at my seminary in the 1970's the way the Pharisees used the law. We were taught they were "doctors of the Law" and this was not a compliment but a derogatory statement about legalism and inflexibility when it came to people's sins or foibles. It wasn't pastoral and it wouldn't lead to healing.

It is interesting that Pope Francis and his nostalgia for the 1970's mentality as it concerns the immediate post Vatican II period, has returned us to the very same language I was taught about the law.  I would humbly recommend that Pope Francis and anyone of his mentality should repent of this type of language. It has devastated the Church and it devastates society too when laws are disregarded for some sort of bleeding heart liberalism.

Here is the Rorate Caeli article:


Tyranny and sexual abuse in the Catholic Church: A Jesuit tragedy


In the light of new revelations about sexual abuse in the Church, many Catholics are asking how the situation that these revelations have disclosed can possibly have come about. The first question that occurs, a question of long standing, is; why did bishops deal with sexual abusers by concealing their offences and moving them to new assignments, rather than by removing them from ministry? No sufficient answer has yet been given to this question. It has now been made more pointed by a further question; how did Theodore McCarrick get appointed as Archbishop of Washington and Cardinal, and even become a principal drafter of the American bishops’ policy on sexual abuse in 2002, when his own involvement in sexual abuse was widely known in clerical circles and had been made known to the Holy See?

These things did not happen because of the law of the Church. Until November 27, 1983, the law in force in the Latin Church was the 1917 Code of Canon Law. Canon 2359 §2 of this code decreed that if clerics commit an offense against the sixth commandment of the Decalogue with minors under sixteen years of age, they are to be suspended, declared infamous, deprived of every office, benefice, dignity, or position that they may hold, and in the most grievous cases deposed.

Note that the 1917 canons were quite specific as to handling abuse of minors; the 1983 canons simply say "just penalties" and allow (but do not require) dismissal. Given the prevailing culture from the 60s on, I can see how bishops fell into the trap of assuming that psychiatric care, followed by transfer to another parish, was "just". The victims, of course, were ignored in all this.

Also, this was not a orthodox vs. heterodox problem; bishops all along the theological and doctrinal spectrum were complicit in this abhorrent mess.

The more I find out about this whole sexual scandal, the angrier I get.

Just like at any job I get, I'm not the CEO. I'm not a top manager. I'm not even a supervisor. As such, I typically know nothing about the day to day activities and decisions of management. I only see the big picture, and hear whether the company is doing well or not, but I don't know how the daily activities of management resulted in the success or failure of the company.

In the same way I didn't know the day to day work activities of the clergy. I didn't know about the priests who were abusers who were just moved around, or how the bishops were dealing with it, or not dealing with it. When the scandal first broke some 20 years ago, in my own mind I put the blame squarely on the shoulders of the bishops because they had the power to stop it immediately in every instance, and they did not.

But now I read that even up until 1983 there was a canon law that decreed clerics who committed this sort of offense were "to be suspended, declared infamous, deprived of every office, benefice, dignity, or position that they may hold, and in the most grievous cases deposed."

Now I am even angrier.

There actually was a canon law dealing with the very thing!

Please, someone tell me what part of this canon law is unclear? How in the Lord's name could they decide not to enforce such an important law with the penalty prescribed? I have heard the lame excuse that they were trying to be pastoral and compassionate and "help" the perverted priest, but that has always sounded like evasive blame shifting to me.

What good are bishops who do not follow the laws of the Church? Why have any law at all! How could they not see how grievous this offense is, necessitating such harsh penalites?

Jesus had something to say about this sort of shepherd. And it doesn't bode well for them. But that doesn't help all the poor sheep who have been slaughtered in the meantime as a result of this scandal. Woe. Woe.