LETTER TO THE EDITOR IN THE SAVANNAH MORNING NEWS 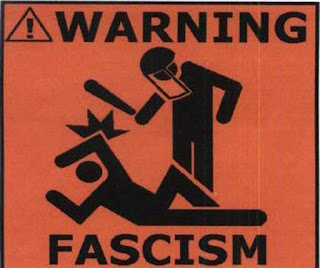 Pope being undermined from within

Two centers of world power are both in chaos. I will skip for now the chaos in Washington, D.C. The chaos in the Vatican is most interesting. The current pope, Francis, is known as a Jesuit progressive and a modern Catholic. Many of his critics are what used to be called Catholic integrists; these are traditionalists, some even call them Catholic fascists since they were warm towards fascism in Europe in the past.

Many of the integrists have been unhappy for decades with the liberalization of Catholicism since Vatican II: the friendship with the Jews; the openness to non-Christian and non-Catholic people; the emphasis on social justice and other social questions. The liberals are their enemies. Some wonder if the attacks on Pope Francis are less about priestly misconduct as they claim than about undermining the liberals in the church.

Recently, Pope Francis was in Lithuania, where he warned the people there, mostly Catholic, to beware of the antisemitism which permitted the murder of almost 200,000 Jews both before and during the Nazi invasion in 1941, which was welcomed by many anti-Soviet Lithuanians. Unfortunately for the pope, many Catholics unfriendly to Jews can claim that antisemitism is very, very Catholic, begun by the early gentile Christians even before the writing of the Gospels. So the pope finds it hard to defend his friendship with the Jews when attacked by Catholic enemies who hide their motives with pretensions of concern about priestly sexual abuse.

Does this seem somewhat like the struggles over sexual abuse alleged against Judge Brett Kavanaugh before the Senate Judiciary Committee? A scene where few are honest about their motives and their purposes but all conceal their inner desires with the cloak of hypocrisy and fraud? And on both sides. I rather think so.

Upholders of traditional Catholicism are not, in the main, unfriendly to Jews. They may object to the propaganda put out by the ADL and the Simon Wiesenthal Centre (and it should be mentioned that Wiesenthal was exposed as a humbug and a fraud) and the anti-Christian agenda of some Jewish academics. They may legitimately question why those who suffered under Stalin (for example in Lithuania) are regarded as being of less account because they weren't Jewish. However, since they are in the main more historically and liturgically aware than their liberal Catholic opponents, they do not indulge in crude anti-Judaism.

So-called antisemitism (a misnomer - the Arabs are also a Semitic people) is nowadays found mainly in left-wing circles where hostility to Israel and support for Palestinian groups like the Islamist Hamas can easily spill over into anti-Jewish rhetoric. This is a major issue in the British Labour Party which has lurched to the left after the Blair years.

Traditionalist Catholics certainly have issues with Pope Francis but his 'friendship with the Jews' is not one of them. I would suggest that the writer of this letter doesn't really know what he is talking about. The fact that he is probably Jewish is neither here nor there - I hope.

The author ignores the historical setting. The Soviets under Stalin were butchers, sending millions upon millions to their deaths either by starvation (Ukraine) or in the Gulag, many many more than Hitler did with the Jews. It was a choice between the lesser of 2 evils, which happened to be the fascists. There was no third option.


John-
It would be good if you could send what you entered above to the Savannah paper as a letter to the editor.

Anti-Semitism is alive and well and being fomented by far-right groups and political parties in Europe and elsewhere.

"Meanwhile, on 1 May in Paris, 1.3 million people demonstrated against Le Pen [far-right] with the majority of them similarly expressing a fear of a revival of traditional French anti-Semitism and making allusions to fascism and Nazism."

[Marine] "Le Pen (far-right) suggested France was not responsible for the wartime round-up of Jews who were sent to Nazi death camps. With just 13 days until the first round of voting in France's presidential election, her remarks have been met with widespread condemnation."

"Before WWII, Greece, and especially Thessaloniki, was home to a large and active Jewish community. Greece’s second-largest city is a diverse and cosmopolitan metropolis but even today the Jewish community is under assault, now from the ultra-far-right Golden Dawn party accused of using neo-Nazi tactics."

"BERLIN — German Chancellor Angela Merkel voiced anger Monday at Nazi chants by far-right demonstrators, as they marched over the death of a German man in a fight with two Afghans. Local police and prosecutors said the 22-year-old deceased man had suffered acute heart failure after coming to blows with the suspects on a playground in the eastern town of Koethen late Saturday."

"Had he been more inquisitive, he could have discovered that two surveys conducted [in Britain] last year for Jewish organisations found that “levels of anti-Semitism among those on the leftwing of the political spectrum, including the far-left, are indistinguishable from those found in the general population. The most anti-Semitic group on the political spectrum consists of those who identify as very rightwing”; and that “supporters of leftwing political parties . . . [are] less likely to be anti-Semitic than those on the right”.

So-called far-right groups in Europe are nowadays more concerned about levels of Moslem immigration, and what they see as the Islamization of Europe, than they are with traditional antisemitism. Like their far-left counterparts they are against globalization and international capitalism, but don't necessarily see it as a Jewish conspiracy.

A true man of the right is conservative by instinct. He is a staunch upholder of monarchy and believes that the country was better governed when statesmen were in the main aristocratic. He distrusts public opinion and despises populist rabble-rousers. He favours subsidiarity as opposed to the ever-growing power of the State (thus aligning himself with traditional Catholic social teaching). He believes that public discourse should be carried on in a civilized manner but has no time for the mealy-mouthed euphemisms of the PC brigade whom he sees as enemies of free speech. He regards 'social media' as uniformly malignant.

From this perspective, Mussolini and Hitler were both left-wing. This also makes sense historically. Bolshevism and Fascism were never polar opposites, except in the minds of their respective adherents. All the totalitarian regimes of the 20th century were actually Marxist heresies.

Mr Nolan:
"... Mussolini and Hitler were both left-wing. This also makes sense historically. Bolshevism and Fascism were never polar opposites..."

You are quite correct, but the left will deny it and make straw men of the "fascists". Stalin and Hitler became enemies because of their desire for gain, power, and control of territory rather than for ideology.

'Stalin and Hitler became enemies because of their desire for gain, power, and control of territory rather than for ideology.'

And they became allies (in 1939) for the same reasons.