I THINK WE CAN CONSIDER THIS A BOMBSHELL: HERE WE GO WITH MORE INFORMATION ON YET ANOTHER PAPAL MESS 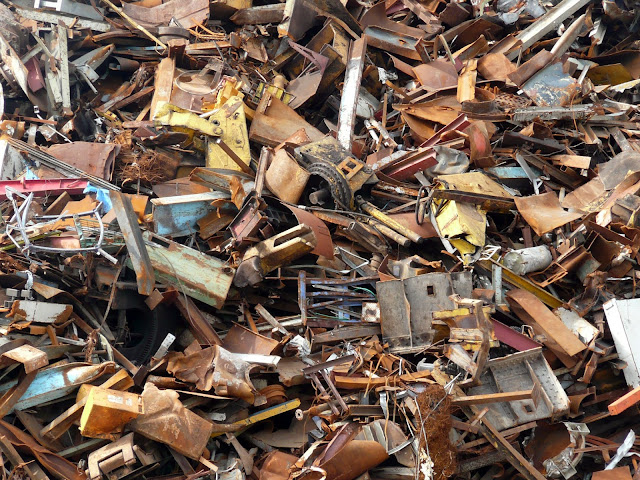 Francis had named Zanchetta to Oran, a humble city some 1,650 kilometers (1,025 miles) northwest of Buenos Aires in Salta province, in 2013 in one of his first Argentine bishop appointments as pope. He knew Zanchetta well; Zanchetta had been the executive undersecretary of the Argentine bishops conference, which the former Cardinal Jorge Mario Bergoglio headed for two successive terms, from 2005-2011.

And by all indications, they were close. Manzano said Bergoglio had been Zanchetta's confessor and treated him as a "spiritual son."

All of which could explain why Francis named him to Oran despite complaints about alleged abuses of power when Zanchetta was in charge of economic affairs in his home diocese of Quilmes, which is in the ecclesial province of Buenos Aires which Bergoglio headed.

ORAN, Argentina (AP) — The Vatican received information in 2015 and 2017 that an Argentine bishop close to Pope Francis (Pope Francis appointed him bishop as one of his first appointments bypassing the papal nuncio) had taken naked selfies, exhibited "obscene" behavior and had been accused of misconduct with seminarians, his former vicar general told The Associated Press, undermining Vatican claims that allegations of sexual abuse were only made a few months ago.

Francis accepted Bishop Gustavo Zanchetta's resignation in August 2017, after priests in the remote northern Argentine diocese of Oran complained about his authoritarian rule and a former vicar, seminary rector and another prelate provided reports to the Vatican alleging abuses of power, inappropriate behavior and sexual harassment of adult seminarians, said the former vicar, the Rev. Juan Jose Manzano.

The scandal over Zanchetta, 54, is the latest to implicate Francis as he and the Catholic hierarchy as a whole face an unprecedented crisis of confidence over their mishandling of cases of clergy sexual abuse of minors and misconduct with adults. Francis has summoned church leaders to a summit next month to chart the course forward for the universal church, but his own actions in individual cases are increasingly in the spotlight.

Hhhrummpphh!!! Naturally a confessor who is acting as a "spiritual father" to a "spiritual son," and who is in THE position that receives and reviews complaints, is in no position to judge. Anyone that implies Francis is "making a mess," is a hater and anti-Catholic.

At the core of this nightmare is the 1970's thinking that most every bishop of that period embraced in a dogmatic way and that is that the Church could fix the problems of the world, of the Church and of priests with mercy detached from penance.

Pope Francis' papacy has returned us to the 1970's in so many ways but most dramatically since he is a man of the 70's his corrupt view of mercy has in fact caused him to rehabilitate and reintegrate those who abused. The bishop in Argentina is a shining example of this as is Cardinal McCarrick who won favor with Francis early on.

Unlike PF's view of "mercy" the merciful thing to do was turn this guy over to the authorities so he could not victimize anyone else.

Resign in disgrace, find a monastery in the mountains, and please go away!!! Our church needs one of the 4 cardinals of the Dubia who will, with mercy, clean house in a way we can only pray for. Sweeping, draconian, penitential, and IMMEDIATE. No commissions, dialogue, task forces, independent Bishop's conferences, etc. Authoritarian, dramatic, and I say again, IMMEDIATE!

And think how "merciful" it is now that the guy can claim "diplomatic immunity" and avoid arrest! Now THAT'S merciful.

They keep calling this a "crisis". We thought it was a crisis in 2002. Now we know it's just business as usual.

It never ceases to amaze how many readers of this Blog who would reflexively dismiss analogous allegations against, say, President Trump as “fake news” will reflexively credit such a report about Pope Francis. Confirmation bias, anyone? So, in the interests of being “fair and balanced,” one should also point out that in the linked AP article appears the following passage:

“Manzano defended Francis' handling of the case, saying the pope himself should be considered a victim of Zanchetta's ‘manipulation.’

Remember that Manzano is Zanchetta’s former Vicar-General who is the source of the AP article and, importantly, was among those submitting the 2015 and 2017 reports about Zanchetta. Hardly without relevance, no? Anyone care to guess how many “Francis bashing” websites also emphasize this part of the AP report? Well, I sampled a couple and while they do include the whole AP report they also contain misleading headlines alleging a cover up by Francis. Here they are:

Anonymous 2 - "It never ceases to amaze how many readers of this Blog who would reflexively dismiss analogous allegations against, say, President Trump as “fake news” will reflexively credit such a report about Pope Francis."

Do you have evidence of this? Or is this confirmation bias?

We know you are an Abortion Party member so your credibility is ZERO. Sounds like Trump is living rent free in your cranium.

Yes. No. Read the Blog comments.

A familiar response. What number does it have in your Instruction book? From now on I will follow Father Kavanaugh’s example and no longer dignify your ridiculous comments with a response. It is pointless.

Anonymous 2 to TJM: "From now on I will follow Father Kavanaugh’s example and no longer dignify your ridiculous comments with a response."