THIS IS JUST A BAD CAN OF BEANS! 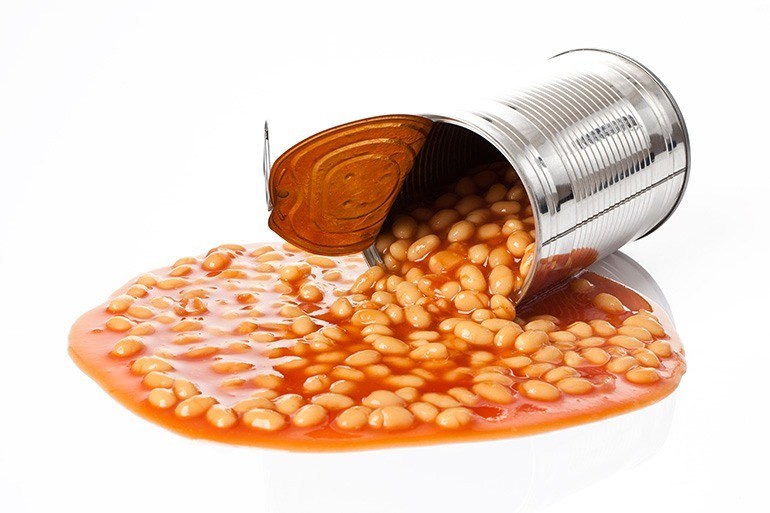 Progressive historian and theologian, as well as National Chismatic Reporter groupie, Massimo Faggioli, has some good points in an article in the NCR about a talk he gave  but other points are just beans laced with toxic hypocrisy and just plain ignorance. He should stick to topics he knows about in those areas.

For those who don't know how to translate Italian into English, Massimo should not be translated machismo and certainly not in this case, but as Maxwell or Maximilian.   Faggioli is the Italian word for the English word "BEANS!" but in the generic sense.

But his article is interesting, despite the beans, and worth reading and critiquing. I cherry pick a few of his ditties and make astute comments in RED below. But you can read the entire article by pressing the title:

I'm good at hyperbole but wow, just wow! Read this and talk about sensationalism:

It was, nevertheless, the firestorm that erupted in the U.S. church over the alleged abuse of seminarians and priests by former Cardinal Theodore McCarrick, followed by the extraordinary letter by Archbishop Carlo Maria Viganò, accusing Pope Francis of having known about and having covered for McCarrick, that pushed the crisis to a new level, Faggioli suggested.

When more than two dozen U.S. bishops later backed Viganò, the church moved to a place it had not seen for hundreds of years, he said: "You have to go back six centuries — the 1400s — to see a national church being split publicly about the legitimacy of a pope."

The shocking part of the Viganò controversy was not his letter, but the decision by the band of U.S. bishops to take his side, creating the "church equivalent of the Cuban missile crisis," Faggioli said.
In late August to mid-September, as the Viganò debate played out, Faggioli said he found himself "going to bed not knowing the next morning if we had one church or multiple churches."

I lived through the Cuban Missal Crisis as a 4th grader with a dad in the army who told us when we left in the morning he might not be back home for a while. That was the day we were going to be nuked. My mother told us with tear in her eyes that if any bombs fall, to come right home--she lived through the most horrendous bombing of World War II in her hometown and knew what it meant to go straight home during an air raid!

More importantly, I would contend that the bishops who wanted the Vigano accusations investigated further were acting in good faith and following the lead of the Holy Father who does not want bishops to acts as a sort of monarchical court or "yes men" but to act in a mature way even with the Holy Father, as Bishop of Rome, one of them and while Supreme not above reproach or questioning.

Unfortunately the Bishop of Rome acting as an absolute monarch  of by-gone days,  refuses to cooperate with those who ask him various things if it does not please him. This too is also a virulent form of clericalism so decried by the Holy Father.

Unfortunately Faggioli suggests that this fraternal asking of questions during a crisis is an "attack on the Pope" by these bishops. How divisive is that, it's like what beans causes people to do when they eat too many of them!


While the curriculum has been updated, attention to candidates' affective lives and development remains "totally secondary," Faggioli said, adding that the priesthood has become even more idealized than it was in the past and that isolation from the people, particularly women, is still the model.

"That is a huge problem," he said.

I don't know what shelf Beans has been on. But most seminaries have been concerned with the "human development" of seminarians and almost to a fault becoming a therapeutic model. Bishops should not send broken men to the seminary for the seminary to fix though!

One of the reasons so many homosexual men have been allowed to enter the seminary is because women religious who assist in screening candidates and evaluating them  seem to love them and see them as no threat to their sexuality. Herein lies the problem, no? What is pejoratively described as "toxic masculinity" meaning a man acting like a man is suspect today, but not a man who acts in a toxic way like a women!


But let me say, that from day one the majority of people who are my paid co-workers and volunteers are women and almost exclusively who work in parishes in a variety of settings.

I find Faggioli's comments on this aspect of priestly life completely bizarre. And the fact of the matter is that the friends of most priests are married couples and their families.

NOBODY questions this merciful pope of synodality!

I don’t think it is splitting hairs to ask if the sex crisis is in itself the issue or if the self-justification derived from bad theology and “modernism” that supported a line of reasoning that ends with either not being able to condemn bohemian behavior or actually endorsing it. We can all cite past bishops and popes that were horrible people, but those people were not able to justify their actions under Church teachings. The smarter crop of deviants have been patient enough to coopt teachings on charity and compassion to protect themselves from correction.

I think it is at least a mistake if not a continuation of the strategy of confusion to blame sex for this problem. It is, rather, the blocking of corrective action by the perversion of natural law and graces that is the root of the issue.

You dodged a bullet! Do you report the questions to the local ordinary and Rome?