SO MANY QUESTIONS ABOUT THE ABUSE CRISIS AND OVER CORRECTIONS 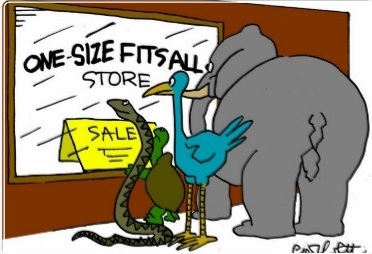 The national chismatic reporter (NCR), that sometimes wonderful newspaper, has a historical perspective on the abuse scandal. You can read the full article THERE.  Here is an excerpt:

"We don't have to come up with brand new solutions to these issues. We already have tools for dealing with this," said Cossen, who has written about the need for lay oversight in the church. "It's not our theology or belief system that led to sex abuse, but the strongly institutional culture that 'circled the wagons.' "


A seminary system that separates priests from the rest of the community also contributed to the culture that encouraged cover-up, said panelist Catherine Osborne, who studies architecture and other historical issues of "space and place."

Such separation led to seeing the interests of fellow priests and the institution as more "fundamental" than those of victims, Osborne told NCR. "Once you have 'othered' a people, what you do to them matters less."


1. Just recently, New Hampshire raised the age of marriage (for girls) from 13 years old to 16. South Carolina did this many years ago. But this tells me that even in the so-called enlightened northeast, many thought girls that were younger than 13 could date older "boys" or men which is a romantic endeavor. While promiscuity and fornication were seen as sins, they were not seen as crimes.

I think many bishops, clergy and laity in the Catholic Church believed the same thing until relatively recently.

2. While homosexual acts are seen as disordered and sinful, apart from civil laws that prohibited these in most states, these are now legal in every state, the Church saw these sexual sins as forgivable as all sins are.

3. After Vatican II, bishops began to listen more to psychology concerning disorders and turned to psychiatric treatment to heal clergy who sinned sexually. It is my understanding that bishops proclaimed a sort of "spouse" kind of legal theory that says a bishop doesn't have to report a priest to the authorities, just as a spouse doesn't have to testify against their spouse.

4. I think high school seminaries were and are a bad idea and stunts the psychological aspects of sexual maturity and if those in authority in these live-in settings take advantage of these minors, we have more going on here than just sin although more than likely it was considered simply sinful.

5. The fear of giving scandal when scandal occurred was very great in our Catholic culture and our secular cultures until the season of the tell-all talk shows in the 1970's, such as Phil Donahue, Oprah and others to include Jerry Springer. Saving face was extremely important and priests and bishops would not out the sins of brother priests and bishops but handle it in-house and usually through confession. After Vatican II and the crisis of Catholic moral, spiritual and doctrinal identity I believe the culture of corruption and double standards developed.  Do it but keep quiet. A kind of idolatry and paganism has afflicted the clergy and laity.

Prior to Vatican II there was certainly sexual acting out but I firmly believe we need more studies to determine if a stricter formation and priestly/religious life prevented abuse rather than encouraged it.

After Vatican II, I know for a fact that in the late 1970's at the now closed St. Mary's College Seminary in Catonsville, that seminarians were allowed to have dances and danced with one another.
This would have been unheard of prior to Vatican II, that this sort of thing would have been allowed.

When those formed in the stricter seminaries and religious houses were told that their formation was wrong and stunted them, we see almost immediately after Vatican II heterosexual priests and seminarians dating nuns and lay women and marrying them. There was a huge exodus because the strictness was thrown out the window with reckless abandon.

Homosexual priests, nuns and seminarians acted out in secret and of course did not have recourse to marriage which would have caused their expulsion.

Finally, for the over-correction. The Opus Dei priest who groped a woman in a counseling situation  which led to an almost $1 million settlement could have and should have been rehabilitated and returned to ministry. But all of it has to be out in the open in terms of the nature of the abuse, how many cases and what laws were broken and what treatment took place. The laity have a right to know when someone is recycled, privacy issues notwithstanding.

Homosexual acting out is not the problem but not exercizing zero tolerance is. Ultimately, the negligent Bishops are the problem not the homosexuals who want to be priests. The worst sinners McCarrick or M. Maciel were protected by the Pope even after informed about the rascals. How could that be? Would the CIA knowingly promote one of their employees who gives away state secrets? Of course not. Nor should the Church.

What do you mean the OD priest should have been rehabilitated? You can't rehabilitate a sex offender. This is the kind of attitude that perpetuates the existing destructive attitude among the Bishops.