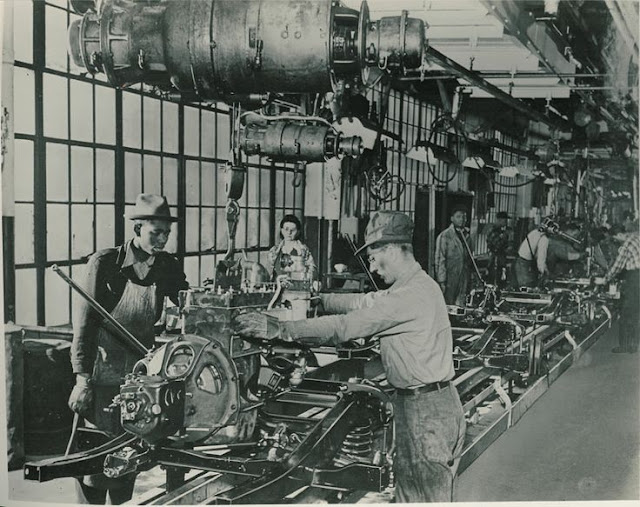 A few years ago the Fathers of the Birmingham Oratory (the one founded by Newman) changed their principal Sunday Mass from OF to EF. On the surface, this was not a dramatic change; the OF Mass had been in Latin, ad apsidem, with deacon and subdeacon; the music traditional (chant and polyphony). Communion was received kneeling and in one kind only.

But in fact there was a fundamental difference. In the older rite the celebrant and ministers are servants of the liturgy, as indeed they are in the East. They don't control it. In the new rite, even when it closely resembles the old (especially when it closely resembles the old), those who celebrate it have in effect assembled it from the multifarious options available. They are more the masters of the liturgy than its servants.

It represents a novel and completely different way of looking at liturgy, which is difficult not to see as a rupture.
Posted by Fr. Allan J. McDonald at Friday, January 04, 2019

What is a "sub" deacon (subdeacon)? Maybe something before my time (before Vatican 2). Never hear of it in use in my area (the state's "other" diocese---or rather, its Archdiocese).

John Nolan is always a good read. He possesses far more knowledge about the liturgy than the typical parish priest and is a believing Catholic, another characteristic which distinguishes him from many bishops and priests.

The subdiaconate was traditionally the first of the major Orders, before deacon and priest. At a Solemn EF Mass the subdeacon sings the Epistle and with the deacon, assists the priest. From the Offertory to the Pater Noster he holds the paten in a humeral veil. He is vested in tunicle and maniple - nowadays the tunicle and dalmatic are usually identical.

From 1965 it was permissible to celebrate a Solemn Mass with only a deacon, and in 1972 Paul VI, by his motu proprio Ministeria Quaedam, abolished the subdiaconate and the minor Orders, replacing them with the instituted ministries of Lector and Acolyte which may be conferred on laymen and can be permanent. An instituted Acolyte may act as a subdeacon in the liturgy, as can a deacon or priest.

The Novus Ordo makes no mention of a subdeacon, but allows for two deacons, and in churches with sufficient clergy (notably the English Oratories which also have clergy in formation) Solemn OF Mass will field a deacon and 'subdeacon'. There is a belief that in the OF priests may not take on the role and vesture of a deacon, but this is unfounded - they can and do.

To complicate matters, societies of Pontifical Right (e.g. FSSP) which use the EF exclusively, are allowed the traditional ordination rites and still ordain subdeacons.

Anonymous said... What is a "sub" deacon (subdeacon)? Maybe something before my time (before Vatican 2). Never hear of it in use in my area (the state's "other" diocese---or rather, its Archdiocese).

You can meet a subdeacon at Epiphany Byzantine parish in Roswell. Our two deacons were, at one time, subdeacons, as was our priest.

The priest at Saint John's, on Ponce, was once a subdeacon also, as were both his deacons.

Ditto for the priest at Mother of God in Conyers.

You can also find subdeacons, from time to time, at Saint Francis de Sales parish in Mableton.

The old form has a humbling effect on me. I imagine that it also has the effect on the preist. It is also helps you focus on worship of God as the parts transition clearly to one another. There is also auite a bit of variety if one follows the feasts and holidays of the old form.

I agree this is a very insightful comment. As a priest who mostly offers the Mass and other sacraments in the newer form, THANK YOU JOHN NOLAN for this salutary reminder.

I can confirm that yes, it is humbling for the priest. The OF too, if offered the right way. But: more temptations there, as John Nolan perspicaciously explains.

Thank you for your kind comments. I am somewhat ambivalent about the Novus Ordo. For the last two years I have watched on YouTube the Easter Sunday Mass from St Mary's cathedral, Sydney (Aus) celebrated by its youngish new Archbishop. The choir (men and boys) is outstanding and deliver the chant and polyphony with great aplomb. No hang-ups about Latin here. Yet the Abp sings the Mass in English (and texts sung are always more solemn than texts said) and the overall effect is solemn and exuberant at the same time. It feels authentically Catholic.

There is a good case for using the vernacular; the problem was that it was forced through too hastily with a botched translation, and was seen by many as a replacement for Latin rather than as an adjunct to it. I may prefer a Latin liturgy but am not as ideologically opposed to the use of the vernacular as some are. But I fail to understand the mentality of those who claim to be Catholic and yet have a visceral and almost pathological antipathy to Latin. It is even more disgraceful when such individuals are priests.