MY CLAIRVOYANCE HAS ALWAYS TOLD ME THAT THIS IS TRUE! THANK YOU RUSSIAN ORTHODOX CHURCH!

The Russian Orthodox Church says smartphones will bring on the Antichrist

Associated Press,MarketWatch
Is that Leonard of the Big Band Theory, second from the left? 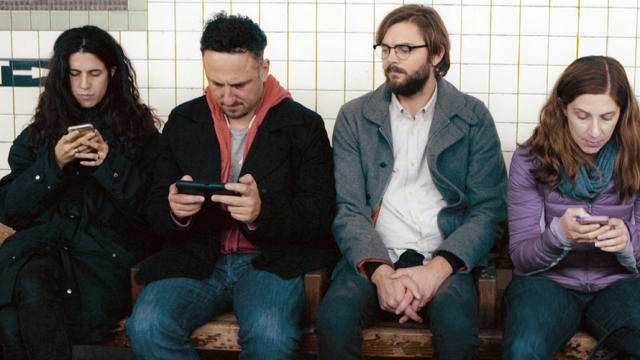 The head of the Russian Orthodox Church says the data-gathering capacity of devices such as smartphones risks bringing humanity closer to the arrival of the Antichrist. In an interview shown Monday on state TV, Patriarch Kirill said the church does not oppose technological progress but is concerned that “someone can know exactly where you are, know exactly what you are interested in, know exactly what you are afraid of” and that such information could be used for centralized control of the world. “Control from one point is a foreshadowing of the coming of Antichrist, if we talk about the Christian view. ...
Read more
Posted by Fr. Allan J. McDonald at Wednesday, January 09, 2019

I believe it. The Anti-Christ will be carrying an I Phone, sporting a Democratic Party tee shirt, and wearing Crocs.

Maybe it is a distraction in light of the Ukranian Orthodox going their own way---Moscow Church) not happy about that (the Russians easily being the largest in Eastern Orthodoxy).

Crocs really frighten me especially the anti Christ wearing them!

At times, Truth in Labeling at its best.

I have Crocs. They are awesome. But I don't like being seen in them so I only wear them in the house and garden.