The Benefits of Having a Present Father Figure 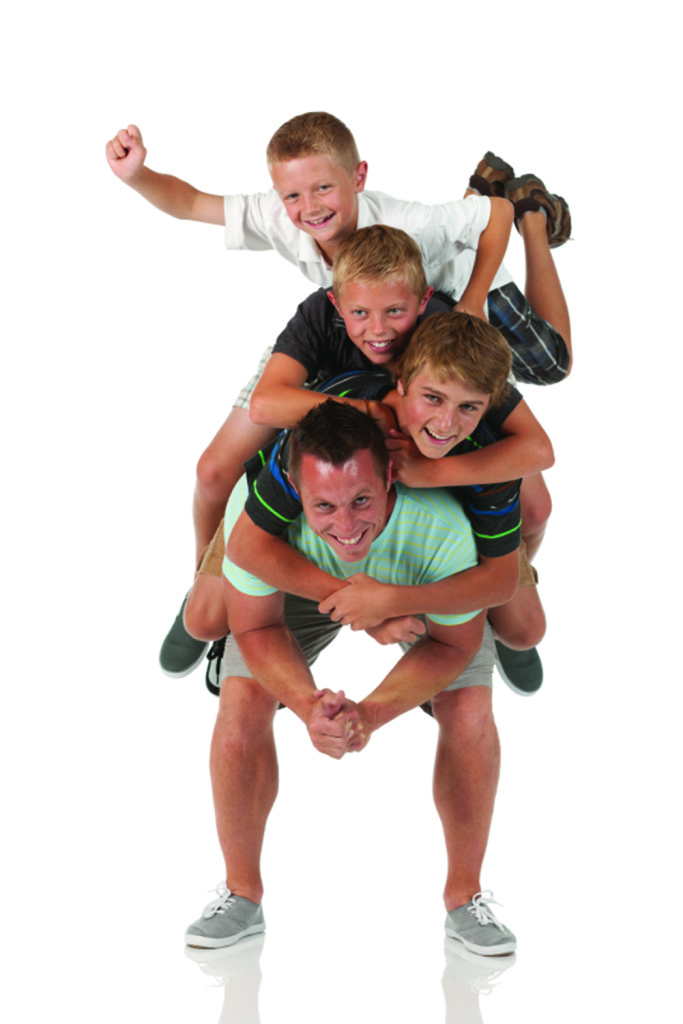 The President has thrown his support to these children.

The governor of Kentucky has thrown his support to these children.

The senator of Kentucky has thrown his support to the children.

In the Name of God and all that is Holy, why hasn’t the diocesan spiritual father of these children embraced them in a public way and met with them?


On my way to the parish office while listening to Gus Lloyd's call-in show on Catholic Radio, a woman from Cincinnati called in and basically questioned what I have questioned above.


But she said this:

"We Catholics have stood by the Church and the clergy during the most horrible time in Church history as  it concerns the major scandals and we have had to endure taunts from others about staying in an institution that covered-up and/or enabled sexual abuse of minors, vulnerable adults and a homosexual culture of clericalism.

And now the clergy and bishop have yet to come to the public support and defense of these kids and initially threw them under the bus immediately without all the facts."

Because he's not interested in pandering to his base as the President, the Governor, and the senator are.

What do you expect? They aren't defending the Faith, and have never strongly defended children and teens from predator clergy.

If they haven't done this, surely one can't expect them to risk media scorn.

Because nothing says "shepherd" like being unconcerned with the "sheep" right anonymous...

I assume they are not supporting the kid in the video who took off his shirt in cold weather to lead their chant? You know, the modesty thing?

So the bishop should just leave out there a libelous false condemnation of absolutely innocent and wronged boys (part of his own flock) who were put into a horrible situation by left wing lunatic activists and calmly and stoically did not react thereunto? To retract such would be "pandering," right? Maybe he and you should just call for them to be put through a woodchipper or to have their faces punched? After all, they committed the crime of wearing MAGA hats! Liberals are disgusting and vile...

Nancy "Fake Catholic" Pelosi, Obama, and the rest of your looney band constantly pander to their crazed base: Open borders, transgender bathrooms, gay "marriage," and "abortion."

Who is Nonny? And how does TJM know that "Anonymous Kavanaugh" is blogging here? And how do we know the boys were "absolutely" innocent? Maybe there is guilt to spread around to several parties.

I see you are a "double-agent" now!! LOL

Well, anonymous, a couple hours of video, and the fact that the kids bought the hats from a street vendor while on the trip (lilly-white skin can get sunburned you know) seems to point to being quite innocent to me.

One last comment, I promise, to those suffering from self induced faux outrage over the MAGA hats. Reports are that the boys bought them from a vendor while visiting Washington DC for what is likely their first and last time. Even if they were rabid anti-Trumpers, could there be any better souvenir or memento of a trip to Washington under a Trump presidency? Bought by a high school kid? Still want to condemn these children anonymous?

Why does it matter why the kids wore MAGA hats? They have as much a right to political free expression under the First Amendment as the Liberal Fascists who are trying to criminalize the holding of any political views they disagree with.

Why don't the bishops support the kids; why don't they take action against the powerful (like Cuomo in NY, Pelosi in CA - who enthusiastically support abortion? Unfortunately, in general, the bishops in the US are not "leaders" but rather followers- and only then when it is politically safe. It seems that it goes- priority #1- preserve the 501 c 3 (tax exempt); 2. Don't upset the local pols and those with $$ and power 3. Have the courage to advocate and follow the teachings and direction of Jesus (who didn't really care about # 1 or 2)

YEs, Dan, I'm sure sunburn is a big threat this time of year in Washington.

I have not "condemned" those kids. I'm just saying there may be several sides of the story, with blame to go around. I don't know why for one there needed to be a native American march the same day as right to life rally, or why one of the "innocents" kids needed to take off his shirt in front of the public (I assume that would land you in detention in most schools?). But the death threats against the kids are ridiculous too. Oh well, time to get back to the theatrics of the government shutdown, day whatever it is, and yet another example of the nastiness of Nancy Pelosi, disinviting Trump.

Let me see now. Just this morning I saw a cute video that has gone viral on the network news where a young African American boy at a football game half time started dancing to the music and took off his shirt and swung it around his head. On the other side, a young white boy, a bit chubby, starts dancing and does the same thing.

Hmmm, I wonder if it is a fad like teenagers in the 1950's seeing how many people they can get in a phone booth. Really malicious stuff, no?

Nathan Phillips had a rather shady past, but of course unlike the supreme court justice, and these high-school children, he was just young and foolish.