WHICH CHRIST DO YOU WANT OR DO WE NEED? 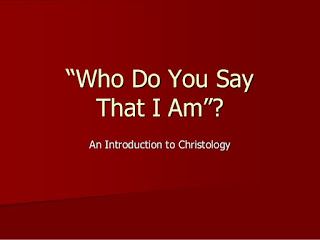 When I was in the seminary I learned about three aspects of Christ which presented below are simplified:

1. Christ above the culture is based on a very high Christology where Christ the King is in heaven beckoning His people to their true home. This is a sort of benevolent ambivalent Christ where the parish Church is a refuge from the world and its ways which cannot and will not change.

2. Christ against the culture, a medium Christology, is based upon Christ fighting the world and imposing His will in the here and now. It is Christ who will transform the world in the hear and now and will use anathemas and excommunications to do so. Christ is a culture warrior.

3. Christ with the culture is low Christology where Christ accompanies His people, especially those on the margins, those excluded and maligned. The Church is a field hospital offering first aid but no real cures.

Personally I think there has to be a pope in the future who can present all three aspects of the One Christ in a majestic, down to earth, clear and unambiguous way.

It is interesting that you use the word "culture" in the sociological sense which is typically American. Taken in a more traditional sense, which many have been forced to call "high culture" as a result, being on the margins the way you describe in 3 has nothing to do with culture. This perhaps explains why the arts have suffered in the Church in America, because it lacks culture.

I think everyone should read the book, "Christ and Culture, " by H. Richard Neibuhr, from which these three headings (there is also a fourth) originally derived. It was a theological standard in the 60's and 70's and should still be on any theology reading list.

Not sure, but I'm sure it's not this one:

“Your Son’s way of the cross continues in the plea of our mother earth, profoundly wounded by the pollution of her skies, the barrenness of her fields, the contamination of her waters, trampled underfoot by disregard and a fury of consumption beyond all reason.”

"For the creation waits with eager longing for the revealing of the children of God; for the creation was subjected to futility, not of its own will but by the will of the one who subjected it, in hope that the creation itself will be set free from its bondage to decay and will obtain the freedom of the glory of the children of God. We know that the whole creation has been groaning in labor pains until now; and not only the creation, but we ourselves, who have the first fruits of the Spirit, groan inwardly while we wait for adoption, the redemption of our bodies." Romans 8:19-23

Yes, mother earth is wounded and awaits freedom from bondage.

Thanks A. I've always interpreted that quote as pertaining to the Fall and the effects of Original Sin
The quote from Francis seems a bit "new agey" Gaia worshippy, to me. Focusing to much on this world as Francis usually does

One of the things I learned in the seminary is that the problem with so many heresies is that begin with a legitimate observation, but then take it out of the context of the analogy of faith -- they break it free of its relations to other truths. Luther would be an excellent case in point.

So, regarding the different Christologies. They all have a point. The "trick," so to speak, is to keep all the truths of the mystery together. I tend to a "high" Christology, but I cannt be a faithful Catholic if I rule out all the legitimate points in the "low" version, which focuses on the Lord's humanity.

And it is about the effects of Original Sin.

It's not "Gaia worship." Pope Francis is expressing what has been revealed to us through Sacred Scripture.

A. It crosses my mind too that Romans was written well before plastics and the industrial revolution occurred, so I don't think Francis meant quite the same thing.

Yeah, Paul was not Smokey the Bear. The redemption of the earth that he talks about is not about picking up litter.