SOMETIMES I THINK WE NEED BISHOPS WITH SOME TOXIC MASCULINITY THAT WILL LEAD THEM TO HAVE SOME RIGHTEOUS ANGER! 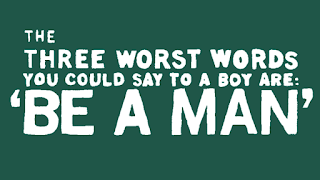 A spokesman for Cardinal Dolan said the following concerning a public excommunication of the infant murder enabling Catholic governor of New York, Coumo:


Asked by CNN Religion Editor Dan Burke about the calls for Gov. Cuomo to be excommunicated over New York's new abortion bill, Dolan’s spokesman said he would “not discuss any individual,” but that “excommunication should not be used as a weapon.”
“Too often, I fear, those who call for someone's excommunication do so out of anger or frustration,” Dolan's spokesman said in the statement.
Mr. Spokesman an excommunication that is public is the last resort of the person's bishop who has spoken directly to the Catholic and told him to recant or face excommunication.
The problem is that there is a loss of belief in hell and how an excommunicated CAtholic cut off officially by the Church from the Church could end up there if he doesn't repent and change course.
Excommunication is meant to be medicinal. It is not meant to be a permanent punishment but rather a wake-up call to the one who has chosen to face away from God and the Church and to choose damnation over salvation, which is what Governor Cuomo has done and has been doing for some time and claiming the veneer of being a good Catholic! He has to be challenged on that and punished by the Church.
If we can't have righteous indignation and anger over priests who molest children in the most heinous ways and a Catholic governor who now enables murder of children up to the very day they are due, then we have a major problem.
Righteous anger can be transformed into something good when excommunication is used to warn not only the one excommunicated but all others who sympathize with the excommunicated person!
Posted by Fr. Allan J. McDonald at Monday, January 28, 2019

Yes, the words “MAN-UP”, are not only lost in our present PC emasculated times, but are now considered sinful. How tragic, most especially for the men who fought and died for our country and those living who are determined to remain men. Their every move is being closely monitored.
Women take note: No real men allowed out there, so stop looking for one.

LOL - I guess what they use on the unborn babies ENDING their lives is not a "WEAPON!"

I believe the US Bishops bear a tremendous responsibility for the current abortion morass. If they had dealt with someone like "Ladykiller" Senator Kennedy back in the 1970s, the Dem Party may not have come the vicious, pro-abortion machine that it has become. If Cushing had disciplined that fraud, many crusty old pols would have realized it was not a winning election strategy (also the Dems would not need to import illegal aliens to take up the slack on voting).

If this case with Cuomo does not merit excommunication, then as a Church we should just hang it up. Why would any pregnant unmarried girl take the Church's position on abortion seriously if the Church will not take the rich and the powerful to task when they flagrantly defy the Church's teaching on abortion?

These clerics are real "girlie-men" without an ounce of masculinity in them.

from my long lost blog, we need more of this to maybe instill some spine, where have catholics like this gone, enjoy

I agree with TJM

Bishops and Priests bear an enormous amount of responsibility for the state we are in today vis a vis abortion, sex abuse, lack of priests, poor attendance etc. Benedict XVI spoke about the culture of moral relativism that we live in. Darn right and Bishops and Priests have greatly contributed to this over the years. Failure to stand firm with a backbone and simply say NO, has, and continues to enable, the Cuomo's and Pelosi's of this world to present a middle finger to our church while claiming to be "Catholic". It's a disgrace and Cardinal Dolan has now lost me. I was in his camp for a long while but like everyone else, he is rolling over.

One end of the bishops crozier has the hook to gently draw the sheep back into the flock. The other end has the dagger to protect them from harm. I think Cardinal Dolan might be using the wrong end. This isn’t the time for the hug, it’s time for the slashing and skewer is. The sheep are in mortal danger from those attacking wolves.

There is no "dagger" on a bishop's crozier.

There is no tradition of a crozier having a "dagger" on it's end.

This is fanciful thinking.

I actually heard a priest on Sunday for the first time in my life declare in his sermon that it is past time for the Church to deal with the Pelosi's and Cuomo's. I told him after Mass he was a brave man because our archbishop is a major league lefty and fake catholic himself.

The traditional explanation of the crosier's form is that, as a shepherd's staff, it includes a hook at one end to pull back to the flock any straying sheep, a pointed finial at the other tip to goad the reluctant and the lazy, and a rod in between as a strong support.

To me that pointed end is a dagger.

Don’t forget that a few months ago Cuomo and his entourage went after pregnancy centers in New York. Those centers, often supported by Catholic parishes, were attacked by the State for not being Health Care Facilitates. New York wanted them shut down. Zero support for the young, poor, single girl who is pregnant and wants to keep the child. No support for her when she faced those who belittle her, not in New York. This is sick on so many levels

Anon 3:04PM: one end of Dolan's crozier is a weathervane so he knows when it's time to change his beliefs.

Nothing says "healthcare" like killing a baby in the womb! It's sacred, just ask Nancy Pelosi!

I went and read the below. The best thing I read all day.

Egyptian, this is too good not to set forth here. Let the fake catholics note that not all folks are confused by your accommodation with evil:

Inside those nice old ladies, racial solidarity wrestled with old catechism lessons, and [Geraldine] Ferraro stood before them like Joan of Arc. The meeting was back on track, and Ferraro knew it. She smiled: “No more questions?”

Then mom got up. Gesturing with a blazing Marlboro Light, she demanded of the U.S. Congressman, “First of all, I wanna know where you get off, calling yourself a Catholic and sayin’ you’re for ABORTION.”

Ferraro began to answer. She had no idea whom she was dealing with. “THEN I wanna know what you so-called priests and NUNS are doing up there, grinning like idiots while she peddles this garbage.”

The priest purpled like a grape and tried to respond, but hadn’t a prayer. “And then I wanna know what all of YOU people are doing eating up this CRAP. I don’t know about you, but I’m walking OUT.”

And mom stalked out of the bingo hall. To thunderous applause. The meeting collapsed into one long abortion argument, and Ferraro’s tone got shriller by the minute, until she finally gave up and left. She never came back to Immaculate Conception.

meant to say "their accommodation!" What a gutsy woman.

Jack here...
Egyptian, what a great story about your Mom! You do need to write her book Angela’s Astray.
I also read the next post: “The stuff priests are made of”. It sure synched with the topic being discussed in this thread! The real men that Priests were and are meant to be. Thanks

Anon
Not my mom, this was by the author posted at the top of the post, My Mom, half french half german, would have told her to go to hell. Besides our families are from west central ohio