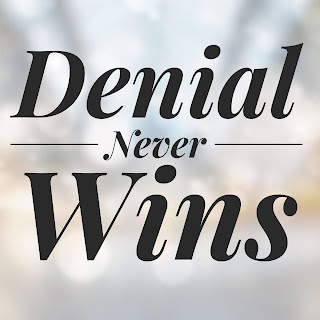 Pure and simple, it is a way to preserve my faith in the face that the Ordinary Form of the Mass as it is will remain as is until I die. You have to accept the facts.

In addition to this, I know that the Ordinary Form of the Mass does sustain some kind of faith in those who attend regularly. They don't want Mass all in Latin.

In addition, any reforms to the Ordinary Form of the Mass, which is possible, but not likely, really needs to have the support, the full support, of the pope and bishops in union with the pope. A proper worldwide catechesis has to take place in order to lament what has happened to the Mass and its celebration in the Ordinary Form over more than 50 years and the reasons why corrections must be made to safeguard the integrity of the Sacraments and suppress sacrilege.

The three things that are to be lamented are the loss of reverence, mysticism and the spirituality of the Mass as sacrifice (meaning worship and adoration).

The key to a recovery or counter-reformation for the Liturgy is found in the older rites now celebrated more frequently but also in Vatican II's Sacrosanctum Concilium.

We have to settle for a recovery of the three things I mention above but also embrace some things that are anathema for those who want no change in the Mass as it was celebrated in the 1950's.

The two major changes even if nothing else changes, that need to happen and could very well happen under another pope are having the Mass celebrated ad orientem and kneeling to receive Holy Communion and receiving on the tongue and that the common chalice is an exception and when offered is only by way of intinction.

We have to accept that vernacular will remain in the Ordinary Form even if it is possible another pope could mandate Latin for the fixed parts of the Mass to restore lingual unity throughout the Latin Rite for these parts.

We have to accept that the new Lectionary is here to stay.

I am clairvoyant as everyone has seen proven and I think what I write is the future unless anyone disagrees.

..as the Church continues to swirl the drain...

"I am clairvoyant as everyone has seen proven and I think what I write is the future unless anyone disagrees."

Speaking of Johnny Carson and Carnac...here's one of Carson's longest laughs:

kind of sad because the OF is pretty banal.

Pope Venerable Pius XII paved the way in major fashion for the introduction of vernaculars into the Roman Liturgy.

The Mass of All Time: The Hidden Treasure

Even Archbishop Lefebvre declared that the time had arrived to vernacularize a good portion of the Mass.

How to start the counter reformation? My minimalist position is:
1.Require every priest to learn the TLM and also to say the TLM Mass once a week, with congregations or without present.
2.Require that both the OF and EF be said ad orientem.
3. Music reform prohibiting trashy stuff introduced post V-2.
4.Kneeling for communion with host on tongue (intinction?), but allowing both species for special occasions, say first communion and for Bride and Groom at their wedding Mass.
5. Biligual missaltes for both NO and TLM.
6. Reform and reunite both Masses into one that may be said part in Latin and part in English (the readings and the changing parts.

This is just my list but some version of it is doable. The alternative is that the Catholic Church will break into several separate sects. It happened to the protestants. The Mass is the glue that can keep us together but it has to be essentially the same Mass everywhere.

Once we had 3 popes and we overcame that problem. Now we have two Masses. We must have only one.

You obviously have not read Mediator Dei, Pius XII firmly rejected vernacular in the Mass. He reiterated the singular place of Latin in the liturgy and reminded Catholics that they cannot cut ourselves off from centuries of genuine liturgical tradition and development. Vernacular could be used in the administration of the other sacraments, but not the Mass.

The new Lectionary is only here to stay in the Novus Ordo along with other peculiarities of that rite. The classic Roman Rite maintains the Lectionary of the first millennium.

The new Lectionary, along with the calendar that accompanies it, was one of the last fruits of the Bugnini Consilium, and Paul VI, anxious to get the whole thing over with as soon as possible, signed it off without even reading it.

Notice how MT NEVER responds when confronted with evidence? He must believe we will not notice.

As fewer Catholics bother to go to Sunday Mass, the OF may become a museum piece. Just from observing modern Catholic families, things are not looking good for OF world and its diehard supporters. The fervor is with the EF crowd. I was compelled to go to my OF parish on Sunday, and in a Church which holds 600 souls, about 75 folks were there, all oldsters. And this was a supposedly vibrant parish with a school. 20 years ago, that Church was packed on Sunday. But the "Springtime" is just around the corner, just ask the pastor who treats the OF as his personal liturgy and does not "say the black or do the red."

All this unnecessary destruction of the Faith, for the only real thing that should have been done, allow the TLM in the vernacular as a whole. The OF in the vast majority of parishes can be done better to be charitable, an abomination against God, in the most extreme cases, and somewhere in between.

The above said, I think there needs to be more Liturgical diversity for the Roman church. (No, this does not mean allowing clown Masses, folk Masses, and other abominaitons (REC, and the entire diocese of Linz in Austria)), but I think the de facto, in some cases de jure suppression of other Liturgies in the Latin usage has had an effect not necessarily desirable.

A couple of observations:

My Dad, in WWII, went to Masses in North Africa, Sicily, Italy, and Southern France. One of the things that impressed him was the continuity & community: he was able to understand and participate in these Masses because they were in Latin. As a kid in the 50s and early 60s, I don't remember feeling left out; I had a missal with both Latin and English, and was catechized as to the order of the Mass, so I was never lost.

On the other hand, I spent a semester in 2014 teaching in Croatia, and when I went to a Croatian Mass I didn't understand a thing (though the liturgy itself was quite beautiful). Same comments apply to visits to Notre Dame in Paris and St. Marks in Venice. I note that the liturgies themselves were so divergent they were hard to follow.